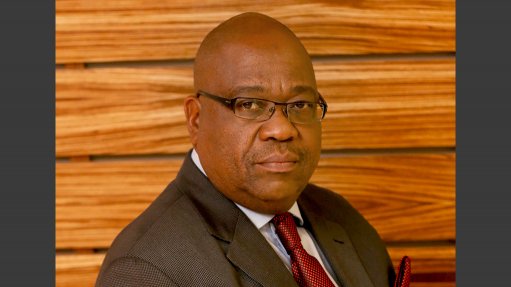 In this opinion piece, Construction Industry Development Board (cidb) CEO Cyril Gamede discusses the impact of corruption on the construction sector and what the cidb is doing to deal with the problem.

Allegations of corruption, fraud, and bribery continue to cast shadows over the construction sector. This is a global concern but is of specific relevance to South Africa as it becomes apparent that investment in infrastructure will be the primary activity to eventually lead the country out of the current economic recession.

The Construction Industry Development Board – cidb – is a key statutory body and plays a catalytic role in the transformation of the industry and the growth of emerging contractor.

It is now also taking the lead to root out corruption in the industry and set an example to enterprises in the construction sector on how to instil and grow an ethical business culture.

The steps already initiated at the cidb in the past two years have demonstrated the potential to eliminate bribery and corruption within the sector. This can point the way forward to other companies – and other state entities – on how to tackle endemic corruption within their ranks.

and corruption. There is abundant evidence of bribes being paid to secure lucrative contracts, of kickbacks to officials who have to adjudicate on tenders and of collusion between construction giants to divvy up tenders and exclude the participation of smaller competitors and emerging enterprises.

In South Africa we have seen ample evidence of these corrupt practices. There are many examples of contracts being awarded for political gain, of nepotism, of grossly inflated costs and of blatant interference in the tender award processes.

Some of these cases have already been adjudicated on by the competition authorities resulting in punitive fines to the perpetrators. Other high profile cases are currently before the courts. There is a growing awareness about the extent of corruption within the sector and an encouraging willingness to prosecute such cases making use of the wide range of legislation including the Prevention and Combating of Corrupt Activities Act, 2004.

The cidb is also looking into cases in terms of its own code of conduct for parties involved in construction procurement and will institute disciplinary processes against colluders.

Given its pivotal role within the construction sector the cidb had to take proactive steps to get its own house in order and enable it to accelerate its efforts to transform the industry and increase opportunities for black-owned contractors and enterprises owned by women, the youth and people with disabilities.

The cidb took the bold step in 2018 to implement the global standards of SANS 1734 the anti-bribery management system (ABMS) adopted by many of the world’s leading regulators and enterprises in the construction sector.

This move placed the cidb in the front of broader efforts by the state to combat corruption. The cidb was the first government institution to adopt SANS 1734 and one of only a few companies within the local construction industry to embrace such international certification.

Through this initiative the cidb is leading by example and encouraging contractors to also adopt clear anti-bribery standards and practices.

To ensure this process takes place in a professional and transparent manner the cidb appointed the Industry Compliance and Certification Authority of South Africa (ICCASA) to oversee the transition. Over the past year ICCASA has conducted a series of training workshops with senior management and staff at the cidb head office in Pretoria as well as at the regional offices in all nine provinces.

There is now a well-defined code of conduct in place, a ‘toolbox’ of procedures and practices available to employees on how to identify and counter bribery and corruption and clear lines of responsibility to decisively acts against perpetrators.

These steps demonstrate the cidb’s commitment to good corporate governance and the maintenance of an ethical business culture. This has now become part of the organisational culture within the cidb and will be continuously audited in line with SANS 1734 guidelines.

The cidb’s initiative may well be a pivotal step to clean up the broader construction sector in South Africa. This sets an example for other business in the construction industry and the wider built environment and the cidb is both willing and able to share its experience and knowledge on this issue with other players in the sector.

Infrastructure delivery will be front and centre of South Africa’s future efforts to emerge from the global economic downturn. The construction sector – both large contractors and emerging enterprises – will have to lead this recovery.

It is, therefore, of the utmost importance that the South African public to have confidence in the measures taken to combat corruption and bribery and instil a culture of zero tolerance to fraud and the wanton wastage of public resources.

Gamede is the CEO of the Construction Industry Development Board