‘No future without Eskom’, says Mabuza 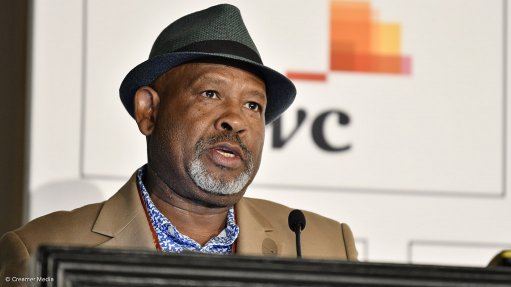 JOHANNESBURG (miningweekly.com) – Given the socioeconomic challenges facing South Africa, State-owned Eskom chairperson and acting CE Dr Jabu Mabuza on Thursday reiterated the power utility’s support for an energy mix that is based on providing reliable energy to the country.

This should be a “practical energy mix”, he told delegates attending the Joburg Indaba on Thursday, adding that the mix should be able to meet the energy demands of the country, while balancing the grid.

Therefore, he proposed industry-wide collaboration to be undertaken to co-create the energy future for South Africa.

Additionally, he touched on the importance of the country remaining abreast of technological advancements to further enhance electricity generation and the coal mining industry.

The various energy sources should not be viewed as competition, but rather as complementary, he added.

Further, Mabuza reiterated the "significant" importance of stable supply of quality coal to Eskom’s operations. The utility had reviewed its coal strategy, reverting to favouring dedicated long-term coal contracts with a preference towards coal delivery via conveyor from nearby mines, he elaborated.

Commenting on this strategy, Mabuza said the strategy had enabled Eskom to achieve optimal coal costs, “while ensuring the security of coal supply”.

The strategy also makes provision for the entity to source 1.3-billion tonnes of uncontracted coal to cover the life of all of Eskom’s coal-fired power stations.

Mabuza further appealed to the South African mining industry that the cost of coal “shouldn’t be among Eskom’s challenges”, although he acknowledged that the majority of the challenges Eskom was facing were of the entity’s own making.

“We all have to do something to save Eskom. There is no future, that I can see, without Eskom,” he commented.