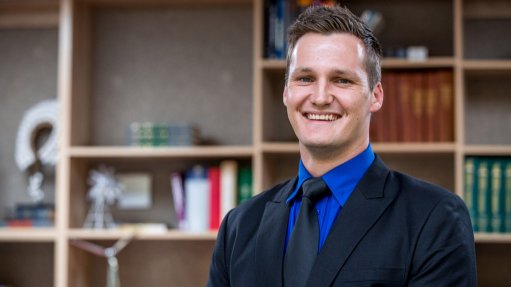 Newly released statistics on the performance of South Africa’s small, but expanding, renewable-energy fleet point to a positive contribution from the country’s wind and solar plants during those hours towards the end of 2018 when Eskom resorted to load-shedding.

Compiled by the Council for Scientific and Industrial Research (CSIR) Energy Centre, the statistics highlight a particularly strong correlation between the daily generation profile of the country’s 1 479 MW solar photovoltaic (PV) fleet and the times of the day that load-shedding occurred in June, July, November and December.

The utility began resorting to load-shedding again in 2019, declaring Stage 4 (4 000 MW) from 13:00 on February 11. Eskom last declared such a large level of load-shedding during its 2014/15 financial year under its previous Stage 3 definition, which had a wider range and which has since been revised to one where each stage represents 1 000 MW.

Last year, most of the incidents took place in late November and early December. Supply has been negatively affected by the fact that Eskom’s summer maintenance coincided with high levels of unplanned breakdowns across the coal fleet, exacerbated by inadequate coal supplies, poor coal quality and sub-par contributions from the units in commercial operation at the Medupi and Kusile power station projects.

The contribution of small-scale embedded generation plants, with an estimated installed base of between 300 MW and 400 MW, was not included in the analysis, owing to there being inadequate collated information.

The fleet had a combined monthly production of between 742 GWh and 1 047 GWh, with the maximum daily total energy from solar PV, wind and CSP combined recorded at 49 GWh on October 21, or 8% of system load. The fleet’s maximum instantaneous contribution was recorded at 13.1% between 14:00 and 15:00 on New Year’s Day last year.

Wright tells Engineering News Online that the positive contribution of the renewables plants during periods of load-shedding relates to the fact that most of the rotational cuts were implemented in mid-morning and suspended in the evenings.

“There is a direct correlation between aggregated solar PV output and high-demand periods, which were also the periods at which we were load-shedding the most. So in the event of Stage 1 load-shedding during the day there is a solar PV fleet of 1 500 MW that is generating during those periods, which means you are avoiding going from Stage 1 to Stage 2 just by having that fleet in place.”

Even in the absence of load-shedding, the renewables fleet overall proved its worth during high-demand periods in 2018 by reducing the number of hours that the system operated with a total load of greater than 30 GW from 1 151 to 476 hours.

“This is quite significant and it is starting to change the shape of the residual system load,” Wright explains.

The finding, together with the data pointing to a relatively modest seasonal dip in the output of the variable renewables plants in winter when compared with summer, has material implications for policymakers.

“The statistics already start to suggest an increased need for flexible, peaking plants to address intra-day variations, rather than mid-merit and base-supply generation solutions.”

The data also points to capacity factors that are relatively consistent all year round, particularly when compared with jurisdictions such as Germany, where solar output plummets during the winter months.

In summer, the South African renewables fleet is delivering up to 5.5% of total system load, which falls to about 4% in winter.

The statistics also confirm a degree of complementarity between South Africa’s solar PV plants, which are yielding energy at an average yearly capacity factor of 25%, and the current wind fleet, with an average yearly capacity factor of 36%. This complementarity arises from the fact that wind production tends to rise as the sun is setting; a trend that is more pronounced in the summer than the winter months.

Wright indicates that the CSIR Energy Centre is keen to benchmark the results with those of variable renewable power stations in other territories.

“However, there are already strong indications that South Africa’s actual wind and solar plants’ performance would be confirmed to be in the category of world class – reaffirming previous research undertaken by CSIR on wind and solar resources in South Africa.”

For more on the CSIR’s Statistics of utility-scale solar PV, wind and CSP in South Africa in 2018 go to: https://researchspace.csir.co.za/dspace/handle/10204/10636