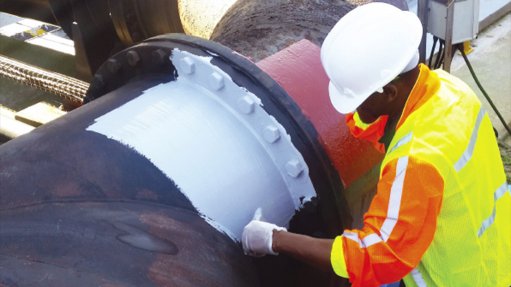 The range consists of the a.b.e Rustopak red penetrant sealant, and the Rustopak top coat.

The sealant is used for wetting into high corrosion areas or inaccessible areas where crevice corrosion occurs such as splice plates, rockers, box construction design and pack rust.

The top coat is an active rust-inhibitive sealant for application as a single coat directly onto metal that does not have to be rust free. The top coat is a single-component, specifically formulated active sealant system and can be applied as a top coat over the penetrant sealant.

The sealant and top coat comprises a low volatile organic compound, which is an active rust-inhibitive sealant for steel. The two products in the range also consist of calcium sulfonate alkyd technology (HRCSA) coatings, which is an easy-to-use coating that cures by air oxidation, and is known to be greatly hydroponic.

“HRCSA is an active shield coating and differs from most other coatings in that it reacts with the surface it is applied to and the environment simultaneously, providing better corrosion protection than passive barriers. These barriers are normally not impermeable to water and other elements, which would contribute to corrosion,” said US-based industrial coatings manufacturer Watson Coatings president Gary Watson.

During the event, he presented the collaborative paper, titled The Weakest Link & HRCSA Coatings Technology – The cost, cause and cure for corrosion, that he and Rustopak CEO Quentin Erasmus compiled for the launch.

The paper highlights that the weakest link of a structure is deemed to be any joint where a nut or bolt is found within an assembly, as well as the crevice, which is formed at the point of joining. The paper also asserts that crevice corrosion must be taken very seriously as it is localised and found on every industrial site globally.

Products prone to high failure rates include fasteners, nuts and bolts, member interfaces, flanges and surface pipes, as well as under pipe and signage support.

During the launch, a.b.e. Construction Chemicals regional sales manager Warren Trew said that the company was selected as the partner of choice through its footprint not only in South Africa but also Africa.

He added that a.b.e. Construction Chemicals intended to take the range “to a new level” through new clients and new opportunities.

Trew noted that a.b.e. Construction Chemicals was approaching specialist applicators to qualify as accredited applicators. This will be achieved through a rigid training and accreditation process, allowing for a warrantee to be offered with the range when applied correctly.

Rustopak director Daniël van der Westhuizen guided guests through a list of the testing processes and research and development. “We know that the range will drastically reduce corrosion maintenance costs, as well as minimise environmental impact.”

Tests of the range were conducted at State-owned power utility Eskom’s Koeberg Insulator Pollution Test Station, in the Western Cape, which has been deemed by Watson Coatings as one of the harshest testing environments for corrosion systems globally.

One of the most notable results was that the range can withstand temperatures as low as –17 ºC and as high as 230 ºC, when the product is fully cured and totally dry.

Moreover, Erasmus highlighted during the launch that the company aimed to help mitigate project costs through a one application, long-term solution for corrosion.