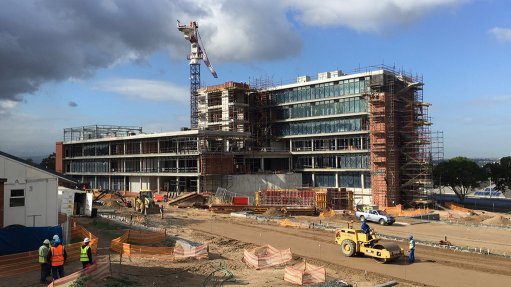 The Master Builders Association (MBA) North is calling on government to “proactively engage” with the construction industry to firm up the lockdown regulations relating to the industry as quickly as possible.

MBA North executive director Mohau Mphomela says that certainty will help the industry plan more effectively, and that it could help the effort to save jobs.

“We realise that government is responding to a totally unexpected set of events and that it is, to a certain extent, feeling its way, and we appreciate greatly the work they are doing.

“That said, we would like to request that the process of fleshing out the regulations should begin sooner rather than later.

“The construction sector is complex and drafting the regulations is no simple task.

“At the same time, it must be recognised that construction entered the lockdown period in a much weakened state, so anything that can be done to promote its sustainability would be hugely valued.”

While Alert Level 4 regulations state that only public works are permitted, there are still grey areas, notes Mphomela.

For example, would a private contractor undertaking the construction of low-cost housing for government be allowed to operate under Level 4?

The position is less clear when it comes to Level 3, which at present is broadly speaking expected to allow commercial projects to continue, and Level 2, during which residential projects may commence, says Mphomela.

“The latter, it might be assumed, would refer to the typical bakkie builders, which are usually informal in nature and make extensive use of non-permanent labour.”

Also, would a large contractor building multiple units in a residential development be able to work under Level 3, even though the project is, strictly speaking, residential, continues Mphomela.

Another grey area would be the use of small subcontractors on big commercial projects under Level 3 conditions. Many of these would ordinarily fall under the residential classification and would typically not have the formal structures in place that Level 3 might envisage.

MBA North president Wayne Albertyn, who is also the director of Gothic Construction, emphasises that it is important for government to consult with the construction industry before drafting the regulations.

“It’s also important that the regulations are informed by an in-depth understanding of the commercial and human resources realities of the industry.

“By working closely with us, government will be in a much better position to draft regulations that we can comply with, and that accommodate our needs as well. This will promote strong buy-in, which is critical.”

Albertyn believes the construction industry will have to reopen at 100% capacity in order to be viable, and this reality has to be factored into government’s planning.