Making the best decisions for the business 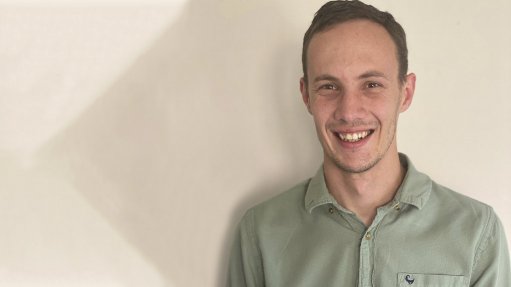 Simulation modelling using digital twins can revolutionise the way capital is allocated and what kind of returns the business gets.

With the Medium-Term Budget having just landed with a dispiriting thud, there’s no denying that the economy faces some tough challenges. One of the key drivers of any significant economic recovery will be the efficient allocation of capital to the best possible effect—capital is scarce and it’s of prime importance that it is applied in the right place to maximise the benefits to the company.

Achieving this goal is not the easiest thing in the world, especially when one looks at large projects in manufacturing, mining, warehousing and similar industries. There are just too many variables involved, all of them interconnecting with—and impacting—each other in complex ways. Quite frankly, understanding how these complex systems work and what the impact of variations will be is beyond human capacity, or the most intricate spreadsheet.

The answer is to create a digital twin—a digital replica of a physical entity—and then run simulations on the twin. This approach can be used both to optimise an existing process or to establish whether a proposed project will actually deliver as promised.

One of our mining clients had completed all the feasibility studies for a multi-billion-rand plant. Right at the end of the process, 4 Sight undertook a simulation which revealed that the project would not in fact be able to process the planned throughput. In that case, the simulation costing R500 000 was able to prevent the misallocation of billions of rand.

4Sight also helped another client test the validity of a last-minute idea that surfaced just as a major capital project was ready to roll. The 4Sight team undertook a simulation to compare the two options. Our simulation clearly showed that the last-minute option would cost about a twentieth of the one that had almost been approved, with only a small sacrifice in terms of throughput. The company ended up spending R100 million rather than R2 billion—preserving a great deal of capital for other projects.

This is a good example of simulation being used to make a smart business decision based on bottom-line benefits, and preventing the dreaded HiPPO (highest highest-paid person’s opinion) from overly influencing spending.

Creating a digital twin using simulation can also be used to optimise an existing system. In this case, the capital has already been allocated, but the investment is not yielding the best results. For example, a digital twin can help one understand the impact of variation in, say, a mine processing plant that is supposed to process 1 000 tons an hour. But if there is any variation in the process, the total throughput will not be achieved. Even if these variations seem relatively small (it can relate to reaching 964 tons per hour rather than 1 000 tons per hour, for instance), the impact on the financials can be substantial.

Understanding how those variations might occur will enable the creation of a plan to mitigate the variability; for example by creating a buffer stockpile at the correct point. Simulations can also be extremely useful in identifying bottlenecks and adjusting the process accordingly, either to remove the bottleneck or, when the bottleneck is caused by the most expensive piece of equipment, to make sure that it is optimally used.

However, the massive benefits to be obtained from digital twins using simulation is not simply a question of the right software; it has to be complemented by experienced people who profoundly understand both the industry and systems thinking.

At 4Sight, we refer to this convergence of IT, OT (operational technology) and the business environment as the next leap many organisations will take on their digital transformation journeys to become Enterprise 5.0 organisations. This convergence supports step changes in efficiency and productivity, and hence higher levels of profitability.

On this journey, these organisations will embrace hybrid cloud computing, and fully integrated data and cyber security as top priorities.

There are two other important points to be made in connection with digital twins and simulation as important drivers of 4Sight’s Enterprise 5.0 model.

The first is the importance of data—the right data. All too often, companies see data collection as a goal in itself. But this indiscriminate collecting of data is actually counterproductive; much of the data may be useless and/ or inaccurate, and vast volumes of data are difficult to process. It’s much better to use simulation first to identify which data is going to be useful, and then to gather it.

A second crucial point is the need for data from the operational systems (like MES, PLC and SCADA) to be complemented by data from the information systems, including the ERP. It’s this convergence between OT and IT that sets up not only genuine decision support but also creates a feedback loop to improve the system continuously.

It should be clear that digital twins using simulation can be used to identify digital initiatives that would make the most impact on the bottom line, or to optimise the use of existing assets. Its primary use is in industries where projects are highly capital-intensive, but it can also be in industries like insurance and banking—for example, to optimise a call centre or a claims process. By making capital allocation more effective, it can play no small role in helping to rebuild the economy and enable South Africa to compete successfully in the global business place.