M2 motorway to be reopened to motorists from next week 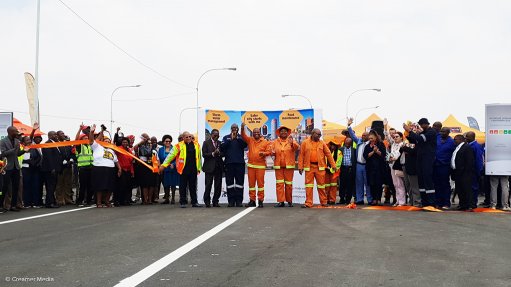 The M2 motorway will be reopened to traffic from November 4, the Johannesburg Roads Agency (JRA) says.

The motorway between the Crown Interchange and Maritzburg street had been closed since February 28 for rehabilitation.

Outgoing City of Johannesburg Mayor Herman Mashaba, who officiated at the reopening ceremony on Thursday, confirmed that the bridge would be reopened to motorists between 05:30 and 06:00 on Monday morning.

The motorway, he told Engineering News Online, was considered an “arterial” route and “supports the economic hub of South Africa” – Johannesburg.

The project was completed on time and within its budget of R160-million, with an additional R30-million spent on the resurfacing of the road.

The closure, the JRA explained during a media event on Thursday was necessitated by the continuous monitoring and the bridge's visual conditions assessment, which had indicated that the structural integrity of the concrete elements had been severely reduced.

As a result, parts of the support structure had moved and the safety of the Selby and Kaserne bridges could not be guaranteed for continuous use, resulting in the closure.

The scope of work at the Selby bridge entailed demolishing and rebuilding four failed concrete columns and column heads, the installation of new water-proofed bridge joints and water proofing of the existing bridge deck.

At Kaserne, the scope entailed demolishing and repairing the bridge deck and corbels and the installation of new water-proofed bridge joints.

JRA acting MD Siyabonga Nodu on Thursday said the reopening would be a relief to road users, as many had to endure daily heavy traffic volumes.

There are eight more bridge structures along the M2 that require repair and rehabilitation works, but on a smaller scale than the work that had been undertaken since February. These repairs would not require a full closure of the M2 motorway again, Nodu confirmed.

Mashaba told Engineering News Online that he, as outgoing Mayor, was “hopeful that the new government will take over and give consideration” to the required repairs of the remaining bridges in Johannesburg.