Localisation will add to solar PV costs, but offers jobs and growth benefits 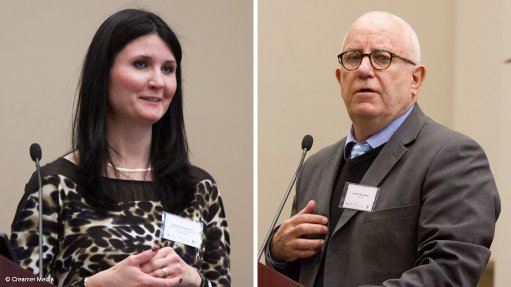 Stipulating higher levels of localisation in the roll-out of solar photovoltaic (PV) solutions in South Africa would increase unit costs by between 6% and 9.5%. However, higher levels of job creation, especially in the manufacturing sector, could offset this downside risk, a new study shows.

In fact, the report, which was prepared for the Department of Trade and Industry (DTI), the South African Photovoltaic Industry Association (Sapvia) and the WWF-SA, calculates that higher levels of localisation could have an employment multiplier effect of between 40% and 50%, depending on the market segment analysed.

For this reason, Urban-Econ chief economist Elena Broughton, who presented the study’s findings on Tuesday, said it would be worthwhile for policymakers to consider ways of ensuring higher levels of local content across the solar PV value chain, where the main components include the crystalline PV modules, inverters, trackers, wiring and construction.

The findings were made only days ahead of the August 19 closing date for the third bid window under the Department of Energy’s (DoE’s) Renewable Energy Independent Power Producer Procurement Programme (REIPPPP), where localisation offerings are expected to emerge as key differentiators in a context where potential developers are vying for a relatively modest PV allocation.

The threshold of PV projects has been set at a minimum level of 45%, with preferred bidders set to be named on October 29. However, bidders are expected to submit proposals that exceed that threshold, as has been the case in previous rounds.

Through the REIPPPP, the DoE aims to secure an initial 3 625 MW of large-scale renewables capacity, of which 2 460 MW has already been allocated across 47 projects, including 27 solar PV projects. The procurement programme is being conducted in line with an Integrated Resource Plan that indicates that South Africa expects to add 8 400 MW of utility-scale solar PV capacity between 2010 and 2030.

A request for proposals issued in early May for the third bid window indicated that solar PV had been allocated a further 400 MW of capacity and would be subject to a price cap of R1.40/kWh.

Broughton said that the cost premium associated with higher levels of local content could not be ignored, particularly in a context where government was hoping to secure a lowering of renewables costs in every subsequent bidding round.

But she argued that the localisation premium could be offset by the creation of an environment that stimulated the roll-out of smaller-scale PV systems across commercial and residential markets, which would accelerate the reduction of costs.

In fact, the study shows that the non-utility opportunities for PV could be larger than those presented by the utility market and, depending on adoption rates, could be as large as 11 700 MW by 2030. However, initial rooftop-solar diffusion would depend materially on the creation of financial incentives, as well as on market mechanisms that closed the gap prior to a point where system costs approached ‘grid parity’ levels.

An immediate constraint related to the prevailing municipal financial model, which depended heavily on electricity revenues to cross-subsidise other municipal services. For this reason, local governments were generally unwilling to support the introduction of solutions, such as ‘net metering’, that allowed commercial and residential PV investors to feed power back into the grid.

Sapvia chairperson Davin Chown said that the organisation was planning to engage with the South African Local Government Association on the matter, but cautioned that a resolution was unlikely to be forthcoming in the near future and could entail changes to legislation.

There was also uncertainty surrounding the future financing of demand-side management (DSM) programmes, after the National Energy Regulator of South Africa rejected Eskom’s application of five yearly tariff increases of 16% in favour of increases of 8%.

This view was reinforced by the department’s chief director for green industries Gerhard Fourie, who said a major focus was on finding ways to raise the adoption rates for PV systems in the commercial and residential sectors.

The study showed a direct and strong correlation between adoption rates and the social and economic benefits, noting that at an adoption rate of 10%, there would be more than 20 000 MW of installed PV capacity by 2035, while the industry could create more than 389 000 jobs between 2013 and 2035.

“A key requirement for the creation of these jobs is the high adoption rate in the commercial/industrial and residential market segments, which would account for 204 723, or 52.6%, of all jobs created along the value chain between 2013 and 2025,” the study highlights.

Strachan said green industries, such as the PV sector, had been incorporated into the country’s Industrial Policy Action Plan for their potential to stimulate growth and create jobs.

He also stressed that the sector had been included not only to meet the country’s energy-security and climate commitments, but “to ensure that manufacturing also takes place, so that the economy does not lose out on one of the new waves of global industrialisation”.