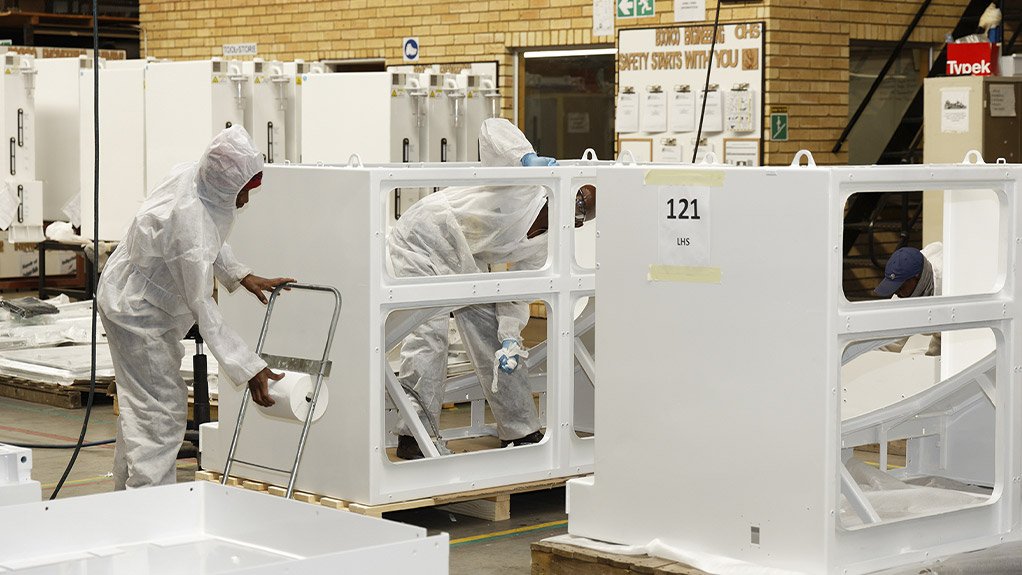 While Booyco Engineering has been designing HVAC systems for South Africa’s rail industry for over three decades, it has also been serving the world’s largest rail players for more than 15 years by meeting their exacting standards including design, development, qualification and documentation.

“Having developed HVAC systems for the defence and mining sector, we understand the requirements for designing and manufacturing products for harsh operating conditions,” says Grant Miller, executive director at Booyco Engineering. “Our customised HVAC solutions for the local rail sector were based on our proven expertise.”

About 15 years ago, the company raised the bar even further working with the large rail multi-nationals based in Europe, the US and China. Its local office of engineers and designers began aligning its engineering design and development processes with international rail industry standards.

“When South Africa’s rail utility started to move towards a more standards-driven approach, we ensured we were up to speed with all the standards and specifications that the world’s leading players required,” says Miller. “This meant that we were already familiar with the way of working required to meet  the demanding standards specified by multi-national rail companies.”

This includes conducting extensive vibration and shock testing, airborne and structure borne noise testing, electromagnetic compatibility (EMC) testing, and high and low temperature and humidity cycling testing specifically to the standards of the rail sector. To fully leverage its expertise, Booyco Engineering’s in-house resources include over R8 million worth of specialised Computational Fluid Dynamics (CFD) and Finite Element Analysis (FEA) software for modelling factors such as the strength of components and structure-borne vibration.

“For instance, these tools allow us to demonstrate to rail companies that our HVAC systems will not transmit vibrations, which could create resonance in the train’s structure,” he says. “Our digital design verification using CFD and FEA allows us to ensure that the physical tests conducted are more or less a formality, saving both time and money.”

Once the big global players could see the company’s level of professionalism and conformity with the highest standards, it was also asked to design a cooling tower for an electric locomotive. To date, it is the only South African firm which has successfully designed and manufactured this equipment locally, adding significantly to the railway’s South African local content targets.

“Stepping down and converting the catenary voltage in a locomotive generates considerable heat of up to 400 kW,” he says. “Our cooling tower design is capable of effectively ejecting that heat in a +50°C ambient through the radiators at an airflow rate of 10 cubic metres per second.”

He highlights that the cooling tower order was another important indicator of the company’s extensive local design and manufacturing capacity, placing it in a strong position to serve the country’s needs while meeting global industry standards.