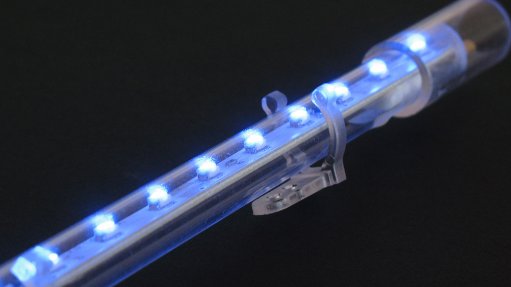 Light-emitting diode (LED) solutions were chosen as part of the aesthetic upgrades for the stores of cellular services provider MTN.

Designers and manufacturers of LED solutions LED Lighting South Africa (SA) worked with MTN’s store design team for the first time at the end of 2012 on the use of LED solutions in MTN stores, improving store layout and aesthetics.

Design work for MTN was completed in May 2013 and the first stores showcasing the new solutions opened in July and August last year.

LED Lighting SA founder and CEO Pierre van Helden says the work done for MTN is ongoing and is expected to continue throughout the year.

These solutions were all custom-designed to meet each store’s exact light levels and distribution angles. The light sources fitted in the MTN stores include square diffused 600 mm × 600 mm recessed ceiling panels to match the square-tile formation on the floor, undercounter shelf lighting, display lighting and custom-built fittings to highlight the shop-front displays.

He explains that the Portside project, in Cape Town, which was awarded to the company early last year, is a good example of technology combinations being implemented. “We supplied 25 new light fittings that were installed in the new 32-storey Portside green building,” says Van Helden, adding that more than 5 500 fittings were installed last year from March to December.

The light fittings were designed to integrate function with daylight harvesting and automatic sensor control systems. “If more sunlight is coming through the windows, the fittings automatically dim as they are supplemented by artificial light entering the space,” says Van Helden. This ensures that a preset luminous level is constantly maintained.

Other major contracts awarded to LED Lighting SA last year include the Maponya Mall, in Soweto, for R2-million; Cavendish Square shopping centre, in Cape Town, for R2-million; Cresta Mall, in Johannesburg, for R3-million (due for completion this year); and the Samsung head office, for R1-million.

Several contracts were also awarded to LED Lighting SA for solutions for the Cape Town municipality, including the Houses of Parliament, for which a lighting solution was installed in 2009, and was upgraded in 2012 to the value of R800 000. An additional lighting solution was also installed in municipal boardrooms in 2009 to the value of R100 000.

Further, LED Lighting SA completed an installation at the Caltex airport industrial station at Borcherds Quarry, in Cape Town, where every aspect of the lighting solution incorporated LED.