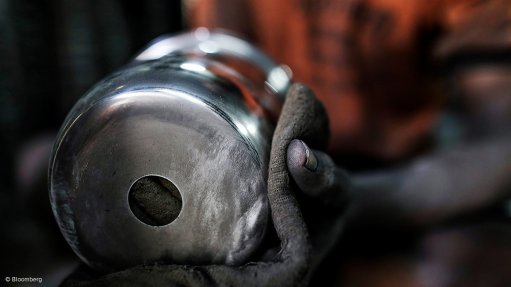 The promoters of a proposed stainless and alloy steels plant in the Eastern Cape believe that the greenfield development could support the creation of new jobs in the domestic mining and steel industries.

Should it be developed in line with the current concept, Lamergyre Alloy’s vertically and horizontally integrated facility could eventually have the capacity to produce up to 6.5-million tonnes a year of new stainless and alloy steels.

The concept is being proposed for establishment in Section 11 of the Coega Special Economic Zone (SEZ), in Port Elizabeth, and is one of ten projects in a pipeline of investments worth R287-billion, according to the Coega Development Corporation.

Lamergyre still needs to complete a bankable feasibility studies, which itself could involve an investment of about $120-million.

Through the studies, CEO Dr Johan Kruger says Lamergyre aims to have its proof of concept numbers confirmed. Following completion of the studies, which is currently scheduled for 2020, plant construction could start, in three phases, by as early as 2021.

Once the plant is in full swing, Lamergyre will own the source of its raw materials by partnering and cross shareholding with local mining houses, while also working with the mining engineers to improve productivity, and fund new technology to ensure cost reduction and the delivery of concentrates.

Nickel, most of which will be imported from elsewhere, including in Africa, meanwhile, forms more than 10% of the finished material cost.

Lamergyre has signed a cooperation agreement with Direct Nickel (DNI) for the development of processing technology.

“The agreement with DNI represents an important step in the vertical integration of the commodity supply chain into the Lamergyre stainless and alloy steel process,” Kruger comments.