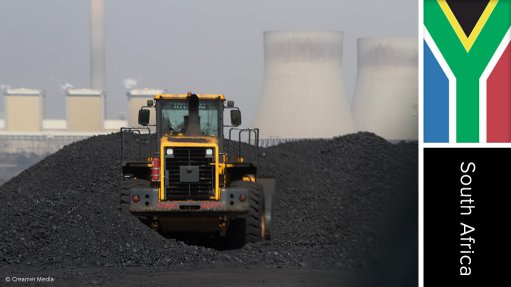 Client
KiPower is a subsidiary of Kuyasa Mining, which also owns Delmas Coal and iKhwezi Colliery.

Delmas Coal will provide the coal to fuel the power plant.

An ash disposal facility will be located near the plant. Included in the proposed project is a water supply pipeline, which will run from the existing Rand Water bulk supply line to the power plant. The plant will use air-cooled condensers and, therefore, significantly lower volumes of water than an equivalent power plant using a wet cooling system.

The project may, subject to several further studies and authorisations, be expanded to produce up to 2 000 MW in the long term.

Duration
KiPower has targeted 2015 for production and expects the first of the plant’s four units to be operational by 2018.

Latest Developments
The final reports for the environmental authorisation and other licence applications for KiPower’s proposed power plant have been released.

According to the report, while an environmental management programme (EMPr) has been included in the EIR to mitigate key concerns, dust, social and local visual impacts remain serious concerns – management and mitigation measures will have to be properly executed during the construction and operational phases.

During the construction phase of the project, a specialist report found that there might be some daily dust exceedances at the closest receptors; however, mitigation measures will be implemented to reduce dust impacts, engineering and environmental consultancy Jones & Wagener says in the EIR, adding that daily dust exceedances could potentially also be experienced in close proximity to the ash facility during operations; however, mitigation measures for this will also be implemented.

“The ash generated by the power plant would be hydrated and conveyed to the ash disposal facility and unloaded onto a concrete-lined, bunded platform, from where it would be transported in haul trucks for placement and compaction within the ash disposal facility footprint. The ash facility will be developed in cells to facilitate the rehabilitation as sections are filled to capacity,” the EIR explains, adding that this method will reduce the exposed footprint of ash at any time, therefore, reducing dust and leachate production.

With regard to air-quality impacts, the report states that emissions from each of the power plant’s four 150 MW units will be controlled by injecting limestone directly into each boiler’s combustion chamber, which will control sulphur dioxide emissions and regulate combustion temperature in the boilers by varying the amount of primary and secondary air supplied to the boiler, thus, controlling nitrogen oxide emissions.

A pulse jet fabric filter system will also be used to control particulate emissions from the boilers, while two reinforced concrete chimneys will be equipped with continuous emissions monitoring systems to monitor the plant’s flue-gas quality.

The report further states that, owing to the influx of people – especially in the construction period where up to 3 000 workers are expected during peak times – there will be social impacts on the area around the proposed project.

However, mitigation measures for this, such as a detailed construction worker accommodation plan, are included in the EMPr.

Jones & Wagener points out that positive social and socioeconomic benefits are also expected to flow from the project.

Meanwhile, the EIR states that the project will be visually intrusive as a result of the power plant and ash disposal facility infrastructure that will have to be built.

“Mitigation is included in the EMPr; however, the local visual intrusion will remain a significant impact,” the report stated.

Other environmental aspects also dealt with in the EIR include water treatment, ecological factors pertaining to wetland areas and increased traffic that will occur, as a result of plant construction and operation.