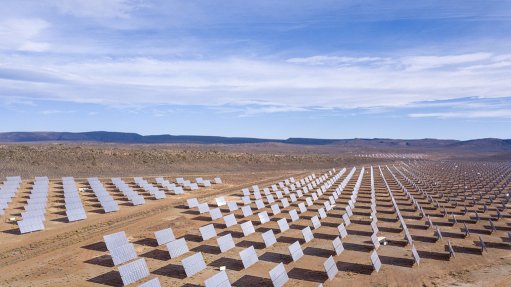 Renewable energy company juwi Renewable Energies has been awarded the contract for the operations and maintenance (O&M) of the Touwsrivier concentrated photovoltaic (CPV) solar project in the Western Cape, effective April 1.

The installation comprises CPV modules, mounted on 1 500 dual-axis CX-S530-II solar-tracking systems divided into 30 sections. Each system supports 12 CX-M500 modules which are each rated to produce 2 450 W, under reference conditions.

The installation reached full capacity in December 2014 and is one of the largest operating CPV facilities in the world, according to juwi.

Electricity produced by the plant is fed into the national grid under a 20-year power purchase agreement.

juwi Europe Middle East and Africa O&M head Christos Charalampidis says the project will make use of a combination of internal resources and subcontractors.

He explains that juwi is experienced in preventive maintenance with standardised processes.

“Based on 20 years of experience operating photovoltaic plants we have set protocols in place to ensure seamless O&M services, like the facility operating plan customised to suit the technology, equipment and local conditions of each individual plant, the task work orders system and detailed checklists.”

In addition, Charalampidis points out that juwi’s task work orders system monitors, both locally and centrally, each item of work and highlights if something drops below the time schedule or if more effort or resources are needed on a certain plant.

“All works requiring outage of power units are done outside production hours to avoid energy losses.”

“Effective O&M requires meticulously laid out procedures and method statements for each item of work, everything being pre-approved by our internal engineers and specialists. All possible scenarios are examined and each and every risk is mitigated prior to the commencement of works – and all that is done within very limited time frames,” he concludes.