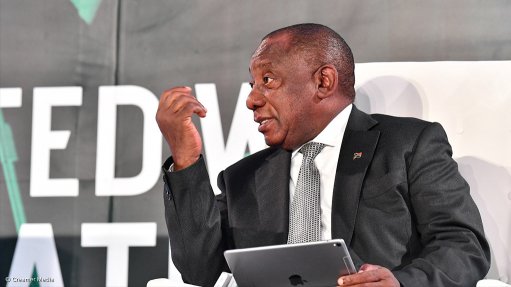 The detailed 84-page framework agreement unveiled by President Cyril Ramaphosa at the much-anticipated Jobs Summit on Thursday includes a reaffirmation of a commitment by the financial sector to invest R100-billion in black-owned industrial enterprises over the coming five years.

Funding for black industrialists arises from commitments made in the Financial Sector Code. However, the framework agreement states that the Financial Sector Transformation Council and the Department of Trade and Industry are now developing guidelines for the disbursement of the funds.

“The financial sector and government commit to work towards a single point of entry for enterprises needing access to industrial finance through the creation of an appropriate institutional arrangement,” the documents states.

Efforts are also under way to finalise a “single due diligence standard, which is accepted by multiple financiers”.

Addressing hundreds of business, labour, community and government stakeholders in Gauteng on Thursday, Ramaphosa stressed that the agreement was the outcome of strenuous negotiations between the social partners over the past three months. He also revealed that, at one point, the talks faced collapse.

Labour convener Bheki Ntshalintshali, of the Congress of South African Trade Unions, confirmed the difficulties faced in finalising the deal ahead of the summit, revealing that labour had considered withdrawing from the process.

However, Ntshalintshali and Business Unity South Africa President Sipho Pityana also stressed that the agreement should not be viewed in isolation. Instead, it was part of a broader set of interventions designed at improving the employment and growth outlook for the underperforming South Africa economy, which was currently in recession and where more than nine-million citizens were currently unemployed.

Underlining the point Ramaphosa, described the framework as the “outline of an emerging social compact”.

He added that, in the absence of “something extraordinary” from the social partners, the National Development Plan’s target of reduce unemployment to at least 6% by 2030 would not be met.

“This Jobs Summit is not a once-off event, but the first phase of an extensive process in which all social partners will work closely together to improve growth, protect existing jobs and create new jobs,” the President said, linking the agreement directly to the recently announced Economic Stimulus and Recovery Plan.

It is estimated that the interventions included in the framework agreement will create an additional 275 000 direct jobs a year, over and above the 300 000 jobs that would have been created in the absence of the interventions.

Other highlights of the framework agreement include:

Ramaphosa said the framework agreement would be monitored by a Presidential Jobs Committee to ensure effective implementation of the measures agreed.

Pityana said business was under no illusion that the Jobs Summit alone could stem the tide of job erosion. Nevertheless, the agreement added to South Africa’s toolkit for protecting jobs and identifying the potential for new jobs.

He also stressed the need for social partners to be conscious of the disruptions facing the labour market as a result of the Fourth Industrial Revolution.

“If we fail to prepare in anticipation of these disruptions, our current unemployment problems will soon seem like prosperity in comparison with the employment calamity we’ll face. We must have bifocal vision – fixing the challenges of today, and preparing for the future,” Pityana warned.