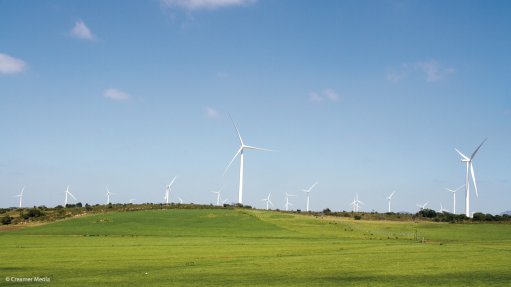 A legal opinion secured by the South African Renewable Energy Council (Sarec) relating to the refusal by Eskom to conclude contracts with 37 independent power producers (IPPs) selected as preferred bidders by the Department of Energy (DoE) more than a year ago states that the IPPs “would be entitled to approach a court to enforce the signature of the power purchase agreements (PPAs)”.

The 16-page opinion has been written by Senior Counsel David Unterhalter and Advocate Lwandile Sisilana under brief from Webber Wentzel and has been released by Sarec despite its stated preference for a non-legal solution to the impasse, which has endured since mid-2016.

Unterhalter and Sisilana conclude that, in light of the legislative and regulatory framework that governed the procurement, “Eskom has no choice, once the [Energy] Minister has made a determination, as she has, but to purchase renewable energy from IPPs.”

“If Eskom has a contrary policy, on which it seeks to rely to sidestep that of the Minister, then it is required to review the determination by which it is bound.”

The opinion also argues that the obligation to enforce accrued rights arising from the process (which designates the DoE as procurer and Eskom as buyer of electricity from the IPPs) rests as much with the DoE as it does with Eskom. In addition, it asserts that Eskom cannot delay the signing of the PPAs on the basis of the Public Finance Management Act.

Unterhalter and Sisilana also argue that Eskom had been give reasonable time to conclude the PPAs and that the IPPs were, thus, entitled to “approach the court now to enforce the signature of the PPAs”.

In response to questions posed by Engineering News Online Eskom reiterated that it would procure renewable energy "at a pace and scale that we can afford". The utility added that it would not hesitate to sign PPAs with new projects that "can sell their electricity at the much-reported price of 62c/kWh".

"It is not correct that Eskom is acting outside of the law or contrary to determinations of the honourable Minister of Energy. Eskom welcomes Sarec’s and other interested parties’ willingness to continue engaging with it and government in an effort to resolve this matter," spokesperson Khulu Phasiwe said.

In a recent interview with Fin24, acting Eskom CEO Matshela Koko indicated that, following consultations with the National Treasury and the Department of Energy, Eskom and the Department of Public Enterprises were preparing to present a solution to facilitate the signing of outstanding PPAs.

However, Koko also indicated that Eskom might only consider immediately signing contracts with 13 preferred projects selected with tariff offers of 62c/kWh or less. “Let us first sign the 62c/kWh bids,” he told Fin24. “We would sign 13 immediately. That would be a move in the right direction. Those that are more than 62c/kWh must sharpen their pencils.”

Sarec chairperson Brenda Martin told Engineering News Online that any solution needed to cover all outstanding projects and eschewed the notion of Eskom reopening negotiations with IPPs that had been selected by adhering to the due process of the REIPPPP.

She also questioned the 62c/kWh figure quoted by Koko, which has been widely publicised as the average tariff achieved during the fourth REIPPPP bid window in 2015. However, the final contracted tariff for each project is set at financial close and is subject to budget quotes from Eskom (which have since expired) and the prevailing exchange rate. “And in addition, is Eskom talking about 62c/kWh in 2015 rands of 2017 rands.”

Sarec, Martin said, is calling on Eskom to comply with the law and act in the national interest. “We will continue to engage through talking with Eskom and government stakeholders, but it is reassuring to know that the legal opinion is very clear: were we to go to court, we would be likely to get an enforcement order that Eskom should sign all outstanding PPAs.”