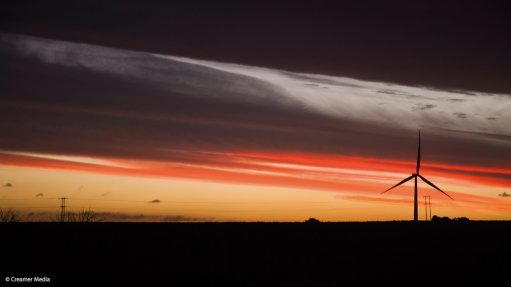 The South African government is aiming to procure an additional 1 800 MW of renewable-energy capacity during the round, which has been designed primarily to allow unsuccessful projects from the previous four bid windows a fresh opportunity.

The postponement was announced in Briefing Note 36, released on September 28, only three days ahead of the previously announced deadline.

The IPP Office indicated that the postponement decision was made to accommodate delays that had been experienced by some potential bidders in obtaining the approvals required to make submissions.

It provided no details as to the nature of the outstanding approvals. However, in previous rounds, bidders had, at times, struggled to secure both environmental approvals and/or grid connection cost-estimate letters from Eskom, which remained the country’s single buyer of IPP electricity.

The delay was likely to inconvenience those IPPs whose projects would have been ‘bid ready’ by October 1. These developers would have to decide whether to proceed with the printing, labelling and boxing of their submission, or to continue working on the bids for a further six weeks.

Macfarlanes partner Scott Brodsky did not believe that the postponement would impact market appetite, noting that the REIPPPP had developed a strong reputation and had also overcome previous delays.

Brodsky also noted that the delay did not mean that new bidders could be introduced, with submission restricted to those projects that were registered with the IPP Office by the September 8 deadline.

However, a fast-evolving foreign exchange environment could present a dilemma for bidders, with the rand having weakened materially in recent weeks.

In addition, it is possible that bid-ready IPPs could face increased bid-related costs, while some banks might need to reconfirm mandates with credit committees.

The postponement of the bid window follows only weeks after the IPP Office deferred, for a second time, the first bid submission date for the Coal Baseload IPP Programme. The new submission date has been set as November 2, having initially been shifted to August 28, from June 8.