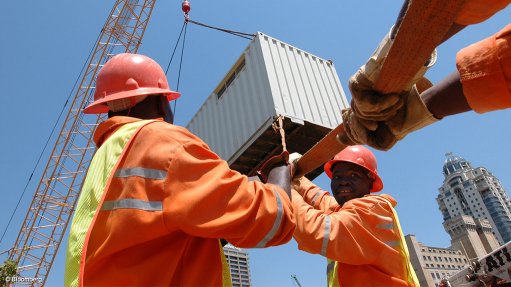 Government has budgeted R987.4-billion for infrastructure over the next three years, with large investments continuing in energy, transport and telecommunications, Finance Minister Pravin Gordhan said during the presentation of the 2016 Medium-Term Budget Policy Statement (MTBPS) on Wednesday.

He highlighted that, since 2009, the public sector had invested more than R1.6-trillion in network infrastructure and that investment in infrastructure remains a policy priority.

“Public-sector infrastructure investment plans total R987.4-billion over the medium term, of which R334-billion is in transport and logistics and R137-billion in water and sanitation.

He noted that sustaining high levels of investment required the State to tackle evident problems in public infrastructure management, including a lack of coordination along with weak planning and implementation capacity.

According to the MTBPS, government is considering the introduction of a financing facility for social infrastructure that would fund large projects, such as hospitals, that require national budget allocations.

The facility would be used for projects with good social or economic returns, backed by independent project appraisal.

ROADS UPGRADE
According to the MTBPS, the baseline allocation for the South African National Roads Agency includes planning for the construction of the N2 Wild Coast road, upgrades to the R573 Moloto road, and the maintenance of 21 403 km of the national road network.

The N2 Wild Coast road is to be around 410 km, of which 112 km is new. The project also entails the construction of nine bridges. Funding for the major bridges crossing the Msikaba and Mtentu river gorges will be from the budget and the road upgrades will be funded through tolls.

The project will reduce travel time between East London and Durban by up to three hours.