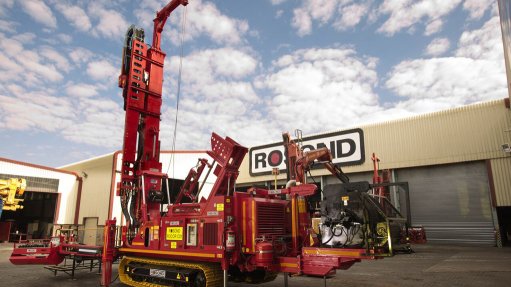 Drilling contractor Rosond drill rig operator Veronica Mofokeng highlights that, through continuous encouragement from government and the private sector, industries in all sectors – especially those that previously excluded or disadvantaged women – have accelerated the sustainable participation of women.

For example, as part of the country’s Broad-Based Black Economic Empowerment Codes of Good Practice, qualifying small South African enterprises and all medium-sized to large enterprises are encouraged to have greater representation of previously disadvantaged persons on their boards and in senior management positions.

There are also several programmes and legislative policies aimed at supporting or increasing the level of female ownership of companies. For instance, the Department of Trade and Industry’s Gender and Women Empowerment Unit aims to support women-owned enterprises, while Mining Charter III actively seeks to transform ownership in the mining industry so that it is more representative of the country’s demographics.

Additionally, as reported by Mining Weekly in October last year, Minerals Council South Africa held a National Day of Women in August 2020 which was meant to assist in accelerating the inclusion of women in the council’s leadership, in members’ boardrooms and mining companies, actively supporting the advancement of women by placing the topic “firmly on the agenda”.

The Minerals Council is spearheading the Women in Mining Initiative, which is focused on implementing policies and programmes designed to drive women representation in South African mining.

Its members have agreed to at least double the percentage of women in mining by 2025, while working towards 30% to 40% women representation across the industry, with 50% in management, over the next decade.

Meanwhile, Mofokeng is grateful for the opportunity that Rosond has given her to become the first woman to be trained in operating a new-age drill rig. Rosond currently employs around 20 women in operations, most of which are novices who are training to become operators. These trainee operators are spread throughout the Kumba operations, in the Northern Cape.

“To be trained as a drill rig operator for Rosond presented new opportunities for me and other women who are yet to be appointed. I have gained skills that I would not have achieved elsewhere.”

Mofokeng is a drill rig operator for Kumba Iron Ore’s Sishen South mine. The company is drilling for iron-ore identification.

Drilling at the South mine started in March last year and is expected to be completed by 2025.