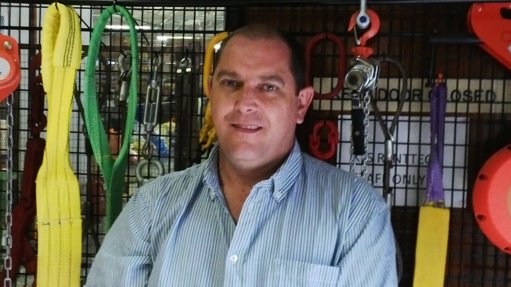 Lifting and hoisting specialist company Kelmeg Lifting Services (KLS) reports that it has prioritised the development of its range of existing products, in an effort to supply the market with its best possible offering.

Since KLS became part of industrial supplies company Renttech South Africa (SA) in 2011, the company has experienced a strong growth trajectory, with manufacturing output increasing by 40%. Renttech offers sales and rental of welding, power generation, lifting and rigging, and construction equipment to the industrial sector.

KLS factory manager Rodney Young, who was appointed at the time of the acquisition by Renttech SA, says the growth may be attributed to the company’s decision to invest in its existing equipment and machinery before introducing any new products. “We therefore tested, developed and improved our existing infrastructure and product line, and this has paid off with a substantial growth in the company,” he says.

Under the brand name Unilift, the company is well represented in the construction, power generation, petrochemical, paper and pulp, engineering, marine, agriculture, transport and mining industries.

Rather than focusing on the end-user, KLS relies on its wide distributor network, both in South Africa and further afield, and has built up strong relationships with each of its distributors. Developments in the offshore oil and gas industry have further led to KLS widening its area of distribution to other parts of Africa.

When KLS’s drive for improvement led to a decision to be audited by a third party, the company chose International Organisation of Standardisation (ISO) as its benchmark. Last year, the company achieved the ISO 9001:2008 certification.

“Manufacturing a quality product has always been KLS’s main focus and the company adheres strictly to the highest possible industry standards,” says Young.

“Over and above ISO, we manufacture according to the SANS 94/1 2003 and SANS 94/2 2003 standards, as well as EN 1492/1 and EN 1492/2. When it comes to lifting and rigging equipment, safety is paramount, and so we ensure we conduct a stringent testing regime, including the involvement of third party organisations for batch testing, such as the Council for Scientific and Industrial Research,” he says.

While much of KLS’s focus has been on improving existing products, the company has also brought new products to market, which, says Young, represent “new ideas based on existing concepts”.

“Our strategy was to seek new ways of doing things, and to identify new materials and applications with an even greater quality product as the final goal,” he notes.

Some of KLS’s product line extensions include tool protection, such as their Tool Spider - a lanyard used to protect tools when working at height, cargo nets and a range of 4x4 vehicle recovery equipment.

Young attributes the development of these products, within both Renttech SA and KLS itself, to the in-house expertise of the company.

“Being part of Renttech group, there is a wealth of technical and specialist knowledge that we can draw on. We have personnel who have been with KLS for 15 years or more, and we not only value the knowledge and experience that they bring, but strive to build on it.

“We believe in equipping our staff with all the knowledge they need on a day-to-day basis, as one of the company’s greatest assets. We send individuals to regular training courses, including lifting tackle inspectors, and have also appointed a number of in-house lifting machinery inspectors,” says Young. A total of nine new employees since 2011 has boosted the company’s staff complement to 34.

Being a local manufacturer, Kelmeg brings certain key benefits to its customers, including the ability to cater for specific customer requirements with short lead times. “Being local also means we have absolute control over the quality of our output and the level of our customer service. Having control means we can confidently stand behind each and every Kelmeg product,” he says.

“We are excited to build on our achievements of the last two years,” he says, adding that the company plans for sustained growth, further improvements to its plant and systems, critical product development, improved customer service and continued development of its staff.