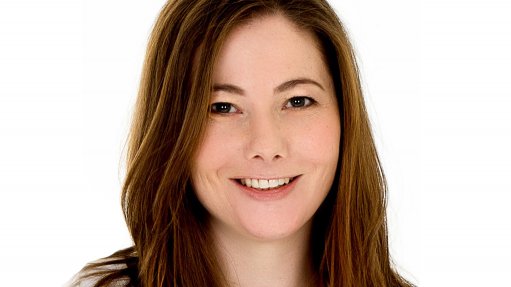 Engineering News: Is it significant that government has decided to extend the first phase of the carbon tax by three years to December 31, 2025?

During the Parliamentary process on the Carbon Tax Act, the National Treasury indicated that there would be a review to the design elements of the tax for the second phase, beginning 2023. It is not clear what motivated the extension of the first phase, albeit not in its entirety, however the extension of many of the allowances is likely to provide some assistance for economic recovery. Not all allowances have been extended as per the current provisions in the Act. For example, the threshold for the ‘Trade Exposure’ allowances has been lifted from 30% to 50%, subject to public consultation. This means that the threshold to qualify for up to 10% allowance has shifted from 30% to 50%, making it more difficult to qualify for this allowance. Though difficult to comment definitively without the detail, this will likely prove costly for some economic sectors.

What are the implications for carbon-intensive companies?

The rate of increase, from R134 to R144 per tonne of carbon dioxide equivalent (CO2-e) is more or less in line with the rate of increase specified in the Act of consumer price inflation (CPI) plus two per cent. The adjustment of the threshold for trade exposure mentioned above was also previously indicated by National Treasury and therefore not wholly unexpected. Carbon-intensive industries would have expected to pay more for their emissions over time. The Covid-19 pandemic and concomitant negative economic impacts could not have been foreseen. Many sectors are likely still struggling with the cumulative effects of the last few years, expected or not, the increase of the carbon tax and changes to the threshold qualification for Trade Exposure will be difficult for some sectors. However, the increase in the nominal tax rate is intended to encourage greater emissions reductions by carbon-intensive companies, thereby increasing the environmental effectiveness of the carbon tax.

What are the revenue implications for the National Treasury?

What are the implications of extending the electricity price neutrality commitment to December 31, 2025?

This extension is likely to provide welcome relief in respect of the increasing electricity price. As a regulated entity, Eskom will pass these costs through to the end customer, in addition to the environmental levy, which is also explicitly in place to tax greenhouse gas (GHG) emissions. Given that the energy mix is determined by policy, which is the mandate of the Department of Mineral Resources and Energy rather than Eskom, there is some perversity in a government placing a tax on emissions emitted in line with that government’s policy, and yet passing these costs on to an already strained end-customer or taxpayer. The neutrality on the electricity price was initially included in recognition of this challenge and since the decarbonisation of the energy mix in the policy instrument is largely unchanged, it is arguably right and welcome that this provision is extended.

Do these changes simply remove decarbonisation pressures from Eskom and other carbon-intensive firms?

Considering the perversity of the electricity supply industry outlined above, eliminating the neutrality on the price of electricity is unlikely to result in any pressure on Eskom to decarbonise. It is a) a pass-through cost, and b) Eskom does not have the mandate to change its energy mix. Notwithstanding the current processes underway to amend legislation and enable the long-awaited restructuring of Eskom, the best instrument to decarbonise the electricity mix remains the Integrated Resource Plan (IRP). Ideally, as was done for the IRP2019, the modelling for a revised IRP should include a (much more ambitious) carbon constraint for the sector. This plan should then be implemented ensuring security of supply as priority, and the accelerated decarbonisation of the energy mix.

In respect of other carbon-intensive industries, the carbon tax is increasing in line with the requirements of the Act. Furthermore, the Budget indicates an intention for more rapid rate increases to bring the price in line with International Monetary Fund (IMF) recommendations for developing countries by 2030 and for the allowances to be reduced from 2026. From 2023, a higher rate of tax for emissions exceeding a company’s mandatory carbon budget (regulation pending under the Climate Change Act) will be introduced at R640/t CO2-e; this will place significant pressure on carbon-intensive operations should they fail to stay within their carbon budget.

What is the significance of the plan to increase the per ton carbon price by $1 a year to reach $20/t by 2026?

This appears higher than provisioned for in the Act (increase by CPI from 2023 onwards) and will see a steeper rate of increase. It is noted that a higher rate of tax is needed for South Africa to come in line with the recommendations of the IMF, and that higher carbon prices will be needed to meet the goals of the Paris Agreement and ensure international competitiveness of the South African economy, noting that EU border tax adjustments are on the horizon. A careful balance is required to ensure economic sustainability and growth and avoid negative economic/developmental impacts from the tax through the implementation of a suite of policies and measures to deal with climate change – noting that the carbon tax is only one instrument in a larger suite.

Again, these signals bring the tax in line with international carbon prices required for meeting the goals of the Paris Agreement and to ensure that South Africa remains globally competitive and does its fair share towards addressing climate change. However, these figures are for carbon price indicators and not, in all cases, a tax specifically, or a tax on all emissions, as carbon pricing instruments vary across the globe. There are cost implications to implementing other mitigation policies and measures that ought to be considered when calculating the full carbon price in South Africa.

What will happen to the basic tax-free allowances after 2025?

The statement in the full budget review indicates that, “The basic tax‐free allowances will also be gradually reduced to strengthen the price signals under the carbon tax from 1 January 2026 to 31 December 2030. To encourage investments in carbon offset projects, government intends to increase the carbon offset allowance by five per cent from 1 January 2026. These and other proposals will form part of a review for the second phase, to inform future budget announcements.” Currently, it is impossible to predict the specific reductions, or changes, for each of the allowances. Smooth and predictable changes provide much needed certainty; the earlier these proposals are put out for engagement and finalised, the better the chance for affected parties to plan properly to respond.

What should carbon-intensive businesses be doing to prepare for these changes?

Early engagement with the details of the proposed changes ensures adequate time for provision and planning. In this regard, the National Treasury should also allow for robust engagement on their motivations and consideration of these changes. Carbon-intensive industries can reduce their carbon tax liabilities by investing in GHG-emission-reduction activities and carbon offsets.

Is South Africa’s approach aligned with global best practice or are we falling behind?

South Africa is moving quickly to accelerate its response to climate change, including the recent tabling of the Climate Change Bill in Parliament which makes provision for additional policies and measures to manage climate change. A comprehensive and well-aligned suite of measures that are expeditiously and well implemented will ensure that South Africa contributes its fair share towards the global effort to address climate change and meet the goals of the Paris Agreement.