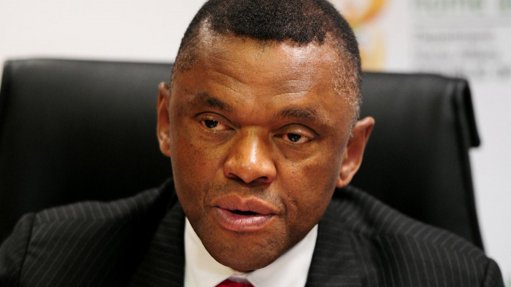 Department of Home Affairs (DHA) director-general Mkuseli Apleni has called on the leadership of global trading and distribution company Tata International to reach out to the department on any difficulties the company encounters that falls within the DHA’s jurisdiction.

At a high-level meeting attended by Tata International senior management and Apleni, the company was reassured that the South African government was eager to ensure that businesses, foreign and local, were provided with an essential environment to grow.

The high-level meeting was initiated by the DHA, ffollowing reports in the media during a recent visit by African journalists to Tata International’s global head office in India, where it emerged that South African visa delays had prompted the company to relocate some key staff from its African headquarters in Johannesburg, to Tanzania.

Addressing the African media delegation, of which Engineering News Online formed a part, earlier this month, Tata International MD Noel Tata said the company was finding it increasingly time-consuming to get visas for its managers to enable them to work in South Africa.

Tata told journalists that the employees experiencing visa delays were mostly at senior management level and included those responsible for functions such as strategic planning and financial control, noting that the company “had to position some of these people in countries such as Tanzania and . . . move a part of our business to Tanzania, because we get visas more easily in Tanzania than we do in South Africa”.

However, following the high-level meeting this week, Tata Africa Holdings finance and accounts head and CFO Behram Sabawala said Tata International was pleased that it had been presented with an opportunity to build a solid relationship with the South African government through the DHA.

He also reaffirmed the company’s long-term commitment to South Africa and the continent.

“We were heartened to discover that the department has made good strides in terms of the visa regime for foreign companies operating in South Africa and it was also equally satisfying to know that, as Tata, we have a corporate account with the department that will fast-track future visa applications in the interest of making South Africa attractive to foreign investors,” Sabawala said.