Gold Fields on track to deliver on guidance 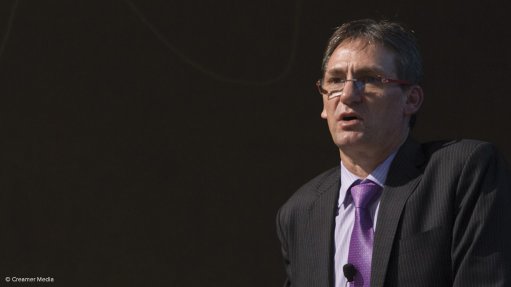 The Johannesburg- and New York-listed company stated on Thursday, when it provided an operational update for the quarter ended March 31, that group production remained on track, however, to deliver on guidance,

“Being in the seat for 36 days, confirmed my expectations that Gold Fields is well on its way to being a global leader in sustainable gold mining. The deliberate strategy of moving away from labour-intensive, conventional mining to focus on mechanised openpit and underground operations, with majority international exposure, has served the company well.

“In addition, the reinvestment programme over the past four years has placed Gold Fields in a position where it can maintain and even grow its production profile over the next decade.

“Salares Norte is indeed a world class project and delivering the project on time and on budget is one of the key focus areas in the coming years,” said Griffith, who added that the company’s environmental, social and governance (ESG) work was continuing to evolve while the company remained on track to provide more definitive targets for its key ESG priorities by year-end.

“It is with deep sadness that within my first month of being at Gold Fields, we lost a colleague at our South Deep mine in a mining incident," Griffith stated. Vumile Mgcine, 46, a shaft timberman, succumbed from injuries sustained while attempting to unblock a chute outlet on an underground conveyor belt. "There is no more tragic reminder of the overriding importance of safety at our mines than the death of a colleague. My heartfelt condolences go out to Vumile's family, friends and colleagues.”

The mechanised South Deep gold mine in Gauteng continued to show positive traction on a number of key performance indicators during the March quarter, including activities such as total tonnes mined, destress square metres, development metres and secondary support, notwithstanding the negative impact of the second Covid wave.

Gold production in the three months to March 31 decreased quarter-on-quarter by 3% to 59 700 oz from 61 500 oz as a result of lower tonnes milled, while gold mined increased by 2% largely influenced by the increase in destress and reef access development.

Reef yield decreased by 13% to 5.03 g/t owing to lower grade stopes being mined and treated.

AIC decreased by 9% to $1 444/oz in the March quarter along with 65% lower sustaining capital expenditure (capex) on fleet and infrastructure change-outs in the current quarter. In addition, the metallurgical plant fence, main entrance to Twin shaft and on-site power generation projects are near completion. Non-sustaining capex decreased by 8% to R48.1-million on decreased new mine development activities.

Salares Norte in the South American region continued to track ahead of the project schedule with $86.9-million spent on it during the quarter, made up of $58.6-million in capital expenditure, $7.6-million in exploration, a $27.6-million investment in working capital and a credit of $9.7-million from the realised portion of the foreign exchange hedge.

Detailed engineering was completed in January and pending work is being tracked through a punch list.

Environmentally, work with the authorities is continuing around a revised plan for the relocation of Chinchilla, with the team continuing to monitor the two Chinchilla that have already been relocated.

Construction progressed 7.7% during the quarter, bringing the overall construction at the end of March to 23.3%, ahead of the planned 18.8%.

Camp construction was completed three months ahead of schedule and included an additional module to allow for Covid distancing of employees. The plant office complex progressed to 90%, two months ahead of the plan, and the plant canteen became fully operational on April 1.

Most of the mass earthworks were completed during the March quarter with minor works remaining. Precast concrete, in-situ concrete and steel structure installation is in progress in building the main plant and truck facility and installation of the primary crusher wall and filter plant earthworks are under way.

Transportation to site of three fabricated thickeners is under way and the water system contract has been awarded.

Prestripping volumes at the Brecha Principal pit continued to track ahead of plan, with 1.8-million tonnes moved by the end of March, compared with the planned 1.35-million tonnes.

Gold Fields reported that 8 580 m of drilling took place in the greater district as part of an ongoing exploration focus.