Gas industrialisation could be a game-changer, say industry players 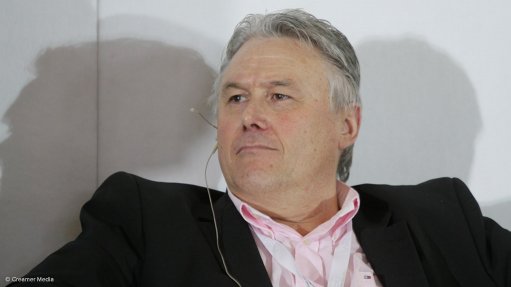 Potential investors and experts in South Africa’s gas industry foresee great potential in the sector despite the risks.

“We are on the cusp of a global oversupply of shale gas. We have the opportunity to ship gas and drive industrialisation in industries from glass and cement to agroprocessing and breweries,” said South African Oil and Gas Alliance CEO Niall Kramer.

While gas-to-power was vital for the country, as it was needed for a more diverse energy mix, a gas industrialisation programme could grow the economy and create more jobs.

The Department of Trade and Industry (DTI) had devised a plan for gas industrialisation, but intended to stagger the way the industry was developed.

It would first rely on imports of liquefied natural gas (LNG) to kickstart the industry, with hopes of large-scale imports of gas from African countries such as Mozambique, Botswana and Tanzania coming on stream once infrastructure was more developed.

He told a Sanea event in Cape Town that importing LNG would be an excellent starting point.

“In the event of finding gas in South Africa or offshore, we would already have the market demand.

Sasol Group Regulatory Services VP Johan Thyse said an anchor customer was key. “From there onwards, you can branch out to other industries.”

“The steel industry could be a big user of gas in the foundries. It could be used in the plastics industry and in the fertiliser and ceramics industries. We have no doubt that gas is a hugely important initiative,” said DTI Industrial Development division deputy director-general Garth Strachan.

But while realising the benefits of gas, there were no illusions that a more sustainable  industry would grow overnight.  Ultimately, South Africa would like to discover its own gas resources, as well as importing gas from neighbouring countries like Mozambique and Tanzania. But the distances were vast.

“The distance from the west of England to Ukraine is half the distance of the area in Southern Africa we are talking about. In those distances, you have 35 economies. In the US, you have 52 microeconomies to pass through, compared with 20 in Southern Africa, which are far apart,” said Independent Power Producers Office consultant Martin Cameron.

DTI Up and Midstream Oil and Gas director Kishan Pillay said the department had done a lot of research into the gas industry in the US and its very positive impact on the economy.

“Countries like the US and Qatar have used gas to industrialise their economies. We are at the very beginning stage of the gas industry. It’s going to require a lot of planning, getting fact-based information and the right collaborative frameworks in place.”