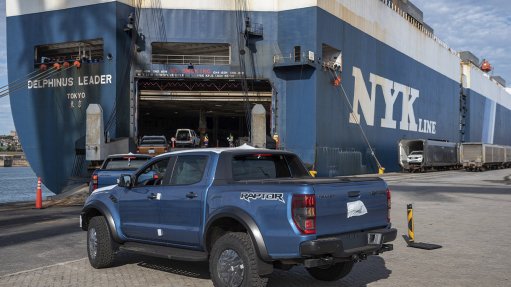 This year is the current Ranger’s tenth anniversary, with the new model to be launched next year.

Exports of locally assembled Ford Rangers started in 2000 for the previous-generation model, but it was the 2009 announcement of a R3.4-billion investment in Ford’s local operations that transformed the Silverton plant into a high-volume operation.

This export-driven investment programme also included the Struandale engine plant, in Gqeberha, which started production of the 3.2 and 2.2-litre Duratorq TDCi engines and components for domestic assembly, and for exports to other Ford plants around the world.

The then new Ranger was launched in South Africa in October, 2011, and has become the country’s number one light commercial vehicle (LCV) export.

By virtue of its local vehicle operations, Ford SA currently employs around 4 300 people, and supports approximately 50 000 jobs in the total value chain. More jobs are on the cards as a result of a fresh $1.05-billion investment announced in February for the production of the next-generation Ranger.

“The investment and subsequent launch of the current Ranger in 2011 transformed our manufacturing operations, and put South Africa firmly on the map as a high-volume single-platform manufacturer for Ranger, both for the domestic market and, crucially, for exports to more than 100 global markets, including Europe where Ranger is now the top-selling pickup.

“Although the milestone 500 000 exports extends from 2000 to 2021, the start of the new Ranger export programme in 2011 took our manufacturing operations to new heights,” says Berry .

Ford’s legacy in South Africa dates back to 1923, with the establishment of the country’s first motor vehicle assembly plant in Gqeberha, in a converted wool store, with the capacity to assemble ten vehicles a day.