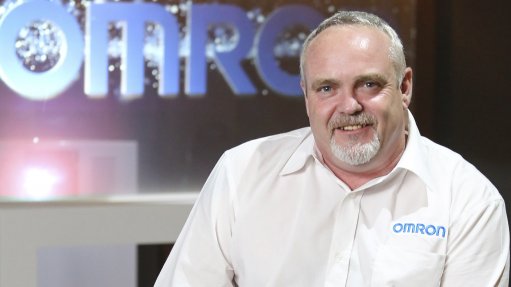 Global electronics company Omron says the Omron KP100L photovoltaic (PV) inverter has the unique distinction of being the only potential induced degradation (PID) preventive inverter on the market.

“The importance of this has been recognised in recent years, owing to the introduction of increased module sensitivity and higher system voltages,” Omron solar specialist Ross Allan tells Engineering News.

The company notes that the PID inverter reduces the power output of a solar park by as much as 70%, a phenomenon caused mainly by negative bias voltage on the PV string.

“One possible way to avoid PID is by using an inverter that has an integrated transformer and additional hardware to ground the negative pole of the PV string.”

PID reduces the output power of a PV module after just a few years of service and the problem is becoming increasingly damaging, since solar PV plants are usually designed to have a 25-year lifetime.

The KP100L PV inverter avoids PID because the embedded ZCC (ZigZag chopper circuit) in the KP100L makes it possible to control the negative pole voltage as if it was virtually grounded.

The inverter prevents negative voltage being applied on the PV modules without having to use an integrated transformer or any other hardware, making it cheaper, lighter, smaller and more efficient. Independent testing indicates that the KP100L prevents PID.

Omron has more than 6 GW of installed capacity globally, with more than one-million inverters sold.

Solar Energy Challenges Allan points out that, in South Africa, many residential and business consumers aim to produce their own electricity and rely less on State-owned power utility Eskom or municipalities.

“Unfortunately, regulation and licensing by the National Energy Regulator of South Africa (Nersa) for feed-in tariffs or net metering have not yet been finalised,” he says, adding that Nersa’s tariff structuring will ultimately determine the future of this sector.

Currently, the municipalities of the City of Cape Town, Nelson Mandela Bay and eThekwini have net metering programmes in place, but such programmes need to be extended to all municipalities.

Allan explains further that grid tie without storage is the most cost-effective system that can be used to offset electricity use from Eskom, with electricity injected into the grid during some periods.

Owners of unlicensed small-scale embedded solar installations are, however, currently not allowed to feed into the national grid. The KP100L has grid limiting functionality, which prevents injection back into the grid, as a standard feature.

Moreover, compliance to SANS NRS097-2-1 needs to be enforced by Nersa for compulsory specifications to ensure that only approved hardware is used on PV installations in South Africa.