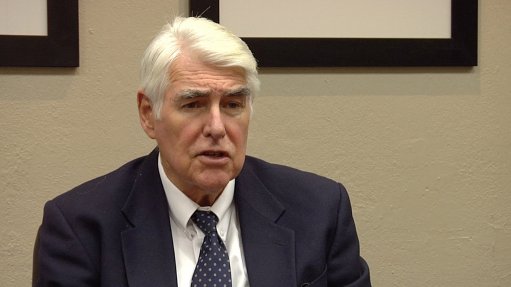 With the foundry industry having been under pressure last year owing to very low levels of economic growth, the drought and continuing import leakage, the South African Institute of Foundrymen (Saif) believes that signs to date this year point towards some form of industry recovery.

“These signs are very slight and we have had some reports where foundry order books are looking a little bit healthier than what they did this time last year; however, we expect that further consolidation will take place in the industry,” says Saif CEO John Davies.

To improve this situation, the institute is focusing on closing the skills gap through training programmes over the past six to seven years. For example, the Gauteng Foundry Training Centre for school leavers has advanced, says Davies.

The centre was established at the Ekurhuleni Technical and Vocational Education and Training College, in KwaThema, and currently has 21 students learning foundry trades. The first successful learners should be able to be trade-tested this year and enter industry.

In addition, more than 2 500 foundry workers have attended short courses presented by Saif, with funding support from the National Foundry Technology Network (NFTN).

Saif has engaged with the Department of Higher Education and Training on several matters – such as the development of a new foundry trade, a smelter, as well as the trade testing of foundry artisans – while working as part of a team developing the curricula for the revised trades of moulder and engineering pattern maker. Saif is also assisting with the trade test development for the major trades (melter, moulder and pattern maker) in the foundry industry.

The institute is a member of the Merseta Metal Chamber and the Scrap Metals Industry Forum and serves on the South African Bureau of Standards committees dealing with ferrous and nonferrous metals.

Saif represents the interests of its members by providing input and guidance for those determining policy, as well as feedback for industry members on any changes and new developments.

“A very important meeting was held with the Department of Environmental Affairs in July 2016 regarding emissions arising from foundries. Foundries were well represented at this meeting, on whose behalf Saif took the lead,” Davies explains.

During this meeting, it was agreed to conduct an industry survey to establish emission levels in the industry before further engagement with the department.

A workshop was held in conjunction with the Department of Health in 2015 regarding radiation and other hazardous materials in the scrap stream. This resulted in the establishment of a working group and much closer cooperation between government and industry.

“The Department of Health and the National Nuclear Regulator are working closely with industry stakeholders and the South African Police Service and other agencies to improve the risk management process,” Davies adds.

The institute also engages as part of the iron and steel industry committee with the Department of Labour on mitigating the risks associated with occupational health and safety in the metal casting industry.

Saif notes that designation for local procurement and the associated localisation programme – introduced by government in terms of infrastructural development under its Strategic Infrastructure Projects, or SIPS, programme, including projects for State-owned freight utility Transnet and State-owned power utility Eskom – are also very important for the foundry industry. The NFTN and the Tertiary Level Institutions Unit (TLIU) continue to assist foundries at plant level in this regard.

“The slow implementation of this infrastructural development programme by government has had an adverse impact on the foundry industry. There has also been a high cost of compliance regarding the environmental legislation that has been applied to the foundry industry, which has an impact on foundry profitability.”

“Other factors which affect the local foundry industry are external to South Africa in terms of global demand and the low growth rates in traditional trading partners in Europe and North America.”

In terms of imports and the designation of products, the Brics Foundry Association and Saif president Takalani Madzivhandila notes that the problem lies with the lack of orders – from Asia and Europe – for locally manufactured products, which is compounded by South Africa importing castings.

“To prevent import leakage, Saif is involved in the local designation of products, such as valves and pumps, and [represents] its members in this regard.”

Moreover, Davies notes that the drought had a significant effect on foundries that service the agriculture industry, with the fall of commodity prices at the end of 2015 having a “major” impact on the demand for products in 2016.

Davies explains that government – through the TLIU – introduced the Casting Simulation Network, a programme that allows foundries to use technologies such as design and simulation software to reduce costs and shorten the product development lead times.

To encourage foundries to make use of new technologies, Saif facilitates access – through the casting simulation network – to a network that comprises satellite operations at universities in the Western Cape, Port Elizabeth and Durban, as well as the University of Johannesburg’s Metal Castings Technology Station.

“Through the partnership between the TLIU, the Vaal University of Technology (VUT) and a private-sector company, Ametex, provide the software support. The VUT also has three-dimensional printing facilities enabling foundries to print moulds and cores in sand,” Davies concludes, adding that it assists foundries to print rapid prototypes in other materials as well, making it possible to test the component before making expensive tooling.