Decade of the Artisan programme launched, 30 000 artisans a year targeted 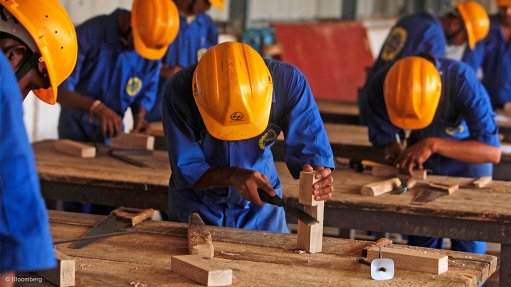 The Department of Higher Education and Training (DHET) on Monday launched its Decade of the Artisan campaign at the Ekurhuleni East technical and vocational education and training (TVET) college in Kwa Thema, near Springs.

The programme, which sought to promote artisanship as a career of choice to South Africa’s youth, formed part of a concrete plan to implement the post-school education and training White Paper that had been released on January 16, DHET Deputy Minister Mduduzi Manana said on Monday.

Speaking at a media briefing following the launch he said, through this programme, the DHET aimed to churn out 30 000 artisans a year as prescribed by the National Development Plan (NDP).

Manana also highlighted the importance of the programme in ensuring that South Africa could develop the necessary artisans to successfully implement the country’s Strategic Infrastructure Projects, which included the building of roads, schools, universities, harbours, power stations and other social and economic infrastructure.

“Through the Decade of the Artisan we can address the great injustice of importing all our skills,” he said.

DHET national artisan development acting chief director Dr Florus Prinsloo explained that the department had set itself the target of increasing the yearly number of artisans produced by 1 000 a year.

As part of the campaign, interactive community events would be held every three months at different engineering campuses of TVET colleges, with more than 41 such events to be held over a ten-year period.

Manana also said, through this programme, the DHET aimed to make TVET colleges fashionable, which was why the country’s new TVET campuses were “state of the art”.

The DHET would also be outlining the prospects related to becoming an artisan, such as that “with artisanship employment is almost guaranteed”, he said.

Manana also stated that it would be important to reconnect local industry with the TVET colleges.

“However, to accomplish such a relinking of employers and workplaces to the TVET college system requires that Setas, [sector education training authorities], in particular, start to seriously facilitate partnerships between employers in their sectors and relevant TVET colleges,” he said.

Manana added that, to assist in the transfer of valuable employer-based artisan workplace data from the Setas to the TVET college system, the DHET had set up the National Artisan Development Support Centre (NADSC), also launched on Monday.

“[The centre] has been fully operational for some time now, [but the] Decade of the Artisan programme gives us the opportunity to move this resource into the mainstream of artisan development,” he said.

Manana further noted that, as the DHET implemented the programme, two other key areas of artisan development would also have to be accelerated in tandem with the public TVET college system.

The first was the issue of partnerships between public colleges and private training providers, including the capacity within large companies, while the second focus area comprised simplifying and streamlining the quality assurance of national artisan development processes.