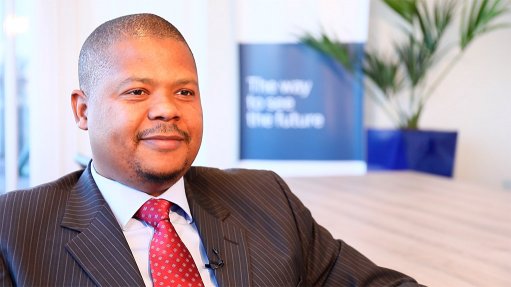 Global engineering and technology group SENER, which is active in three concentrated solar power (CSP) projects in South Africa, is optimistic that South Africa’s updated Integrated Resources Plan (IRP) will include an allocation for CSP, despite the technology’s exclusion from the draft Base Case released last year.

Regional MD Siyabonga Mbanjwa tells Engineering News that SENER, in cooperation with others in the industry, has made representations to the Department of Energy (DoE) as part of the IRP public consultation process and that it has been “encouraged” by the reception the technology has received.

The industry has sought to counter persistent arguments that CSP is too expensive, offering case studies that show a consistent decline in new-build costs not only in South Africa, but also in countries such as Morocco and the United Arab Emirates.

The technology’s ability to store energy, which can be dispatched during peak periods, has also been emphasised, along with expectations that the costs of what is a relatively immature technology should continue to fall as learning rates and deployment increase.

Also stressed is the jobs and industrialisation potential of a power generation solution that is civil-engineering intensive and includes a thermal cycle that is not dissimilar to that of a coal-fired power station. However, to secure further localisation spin-offs, such as domestic mirror manufacture, Mbanjwa argues that the allocation for CSP should not only be visible over a sustained period, but of a scale that is supportive of manufacturing investment.

SENER’s immediate focus, however, is on executing its two active CSP projects in the Northern Cape: the 100 MW Kathu CSP project, being developed by an Engie-led consortium near the Sishen iron-ore mine; and the 100 MW Ilanga 1 project, which is about 30 km from Upington and is being developed by a consortium led by Emvelo and Cobra. Both projects are about 50% complete and are scheduled to enter commercial operation by the end of 2018.

The company has already wrapped up construction at ACWA Power’s 50 MW Bokpoort plant, also in the Northern Cape, where it is now assisting the Operations and Maintenance Contractor, NOMAC, in carrying out operations and maintenance responsibilities at the facility.

All three projects incorporate parabolic-trough technology, designed and patented by SENER, as well as molten-salt storage.

“We need to execute these projects well so as to provide the authorities with positive CSP reference points as they consider the composition of the updated IRP,” Mbanjwa asserts.

The DoE and the National Treasury have indicated that the new IRP will be finalised by February 2018 and have also committed to offering clarity, in August, on how the impasse arising as a result of Eskom’s refusal to sign new power purchase agreements for renewables independent power producer (IPP) projects procured in late 2015 will be resolved.

Mbanjwa tells Engineering News that SENER is also keeping close tabs on South Africa’s gas-to-power (GTP) plans, as well as the creation of liquefied natural gas importation infrastructure at Richards Bay, in KwaZulu-Natal and Coega, in the Eastern Cape.

The IPP Office was initially expected to issue a tender for the gas programme this year, but is awaiting clarity on how the renewables impasse will be dealt with before moving ahead.

The company, which specialises in engineering, procurement and construction and operations and maintenance, may even consider participating as a minority equity partner in the GTP programme, as it has in the Ilanga 1 CSP project.

However, while South Africa finalises its IPP policy SENER is also actively investigating power prospects in the rest of Southern Africa, where there is also strong solar and gas potential.