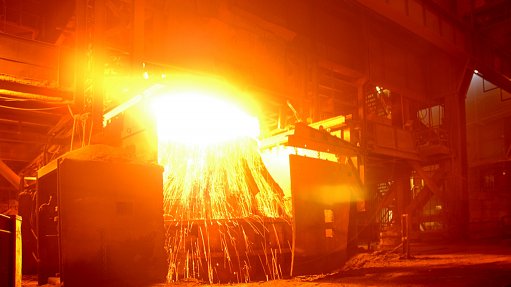 JOHANNESBURG (miningweekly.com) – Creditors have voted in favour of a business rescue plan for Evraz Highveld Steel and Vanadium’s (Highveld’s) 74%-owned Mapochs mine.

The mine would thus avoid liquidation and remain in business, Highveld said on Wednesday.

The plan provided for the purchase of creditors’ claims, excluding the claims by Highveld and employees, against Mapochs mine by Hong Kong-based major metals company International Resources Limited (IRL).

Highveld’s business rescue practitioners (BRPs) have recommended that Highveld be sold to IRL. This was approved by Highveld’s creditors, but two Evraz-linked companies, East Metals and Mastercroft, were opposed to the plan.

The Mapochs business rescue plan, meanwhile, also placed a moratorium on legal proceedings against the company and would remain in place until the BRPs filed a notice of substantial implementation with the Companies and Intellectual Property Commission.

Highveld would buy credit claims for a total consideration of R53-million.

In addition, the Mapochs plan proposed that Highveld waived any entitlement to any dividend or distribution from the  business rescue plan for Mapochs, essentially waiving what appears to be a claim in the region of an additional R55-million.

However, Highveld’s parent company Evraz said in a separate statement that it was concerned about the proposal that Highveld, which was in business rescue itself, acquire all the creditors’ claims in Mapochs for R53-million.

“In addition, the plan proposes that Highveld waives any entitlement to any dividend or distribution from the business rescue plan for Mapochs, essentially waiving what appears to be a claim in the region of an additional R55-million.

“This would have made Highveld’s position even more troubling, leaving the company with no income-generating assets but with increased debts,” Evraz stated.

It added that it also appeared that Evraz Highveld had advanced post-commencement finance to Mapochs for more than R5-million.

“We regard it as highly suspect that Highveld, in business rescue, would provide financing to rescue another company. There is no mention of this in the Highveld  business rescue plan, or of any mandate for the Highveld business rescue practitioners to secure this funding or to enter into the purchase of Mapochs creditors’ claims as contemplated in the Mapochs plan,” Evraz said in a statement.

It added that these proposals should have been included in the Highveld business rescue plan and brought to the attention of Highveld’s affected parties, but were not.

“We do not see why Highveld should incur additional liabilities in circumstances where Highveld, in terms of the proposals in the Highveld plan, could be rendered a shell company with no income-generating ability. We see no commercial basis for the purchase of claims and the waiver of dividends given Highveld’s current financial predicament and the uncertainty of its operational future.

Evraz had also, on November 27, launched an urgent application in the High Court to interdict the transaction proposed in the Mapochs business rescue plan.