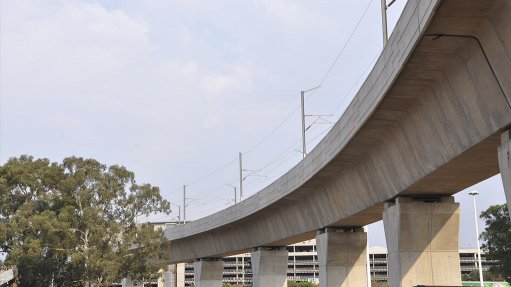 Contributing factors to the challenging environment include an increasingly complex contractual environment and fierce competition for the few projects that are on offer, he adds.

However, Pienaar enthuses that, owing to the cyclic nature of industry and business, the downscaling of companies is now resulting in a new balance being found in the consulting engineering space.

“Nyeleti’s observation is that companies that survived the difficult times and which have adjusted to new circumstances are now experiencing an improvement in business conditions and workload.”

Moreover, Pienaar mentions that Nyeleti has managed to maintain a steady flow of projects over the past ten years, including consulting in preparation for the 2010 FIFA World Cup, the Gauteng freeway improvement project and the Gautrain. Nyeleti has also been involved in the planning and construction of auxiliary buildings at the Kusile and Medupi power stations for State-owned power utility Eskom.

More recently, the company has worked with the South African National Roads Agency on the national road network improvement programme and the second phase of the Mokolo and Crocodile River (West) water augmentation project.

The company, as well as individual persons under its employ, has received accolades awarded by various governing bodies. Pienaar received the Lifetime Achievement for Excellence in the Field of Engineering during the South African Professional Services Awards last year. Nyeleti employee Ntseuoa Motsielo also received a commendation last year in the Young Engineer of the Year category at the Consulting Engineers South Africa’s Engineering Excellence Awards.

“Nyeleti knows that the work environment will continue to change, owing to increased regulation, changes in client bases and the increasing number of stakeholders to consider in the project development and implementation processes. “We are continuously working on improving our own profile to not only survive but also grow,” says Pienaar.