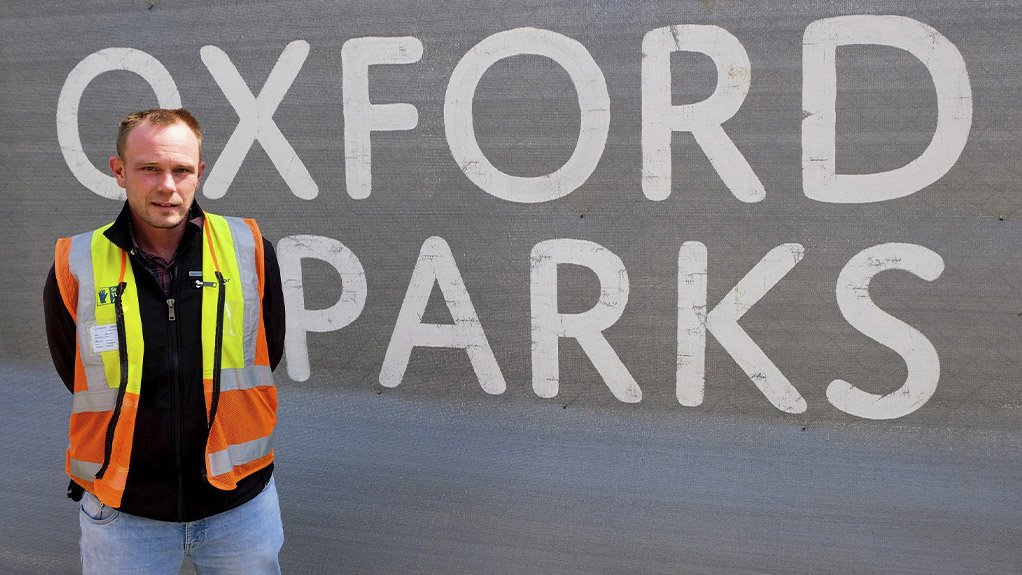 Having excelled in recent years at management of fast track construction projects, Concor is again leveraging its depth of skills successfully - this time with Anglo American Global Shared Services’ (GSS) Ikusasa building in the Oxford Parks precinct in Rosebank, Johannesburg.

Warren Mills, site agent at Concor responsible for the project, says that fast track construction has become increasingly prevalent as it allows occupancy within a shorter period of time from the decision being made to begin construction.

“It does, however, require a more agile approach to construction especially as this type of project is far more complex with numerous subcontractors interfacing on a tight construction programmes,” he says. “On the Ikusasa project we will eventually have more than 70 subcontractors on site, and this is in addition to our own team of core disciplines. So it is all about tight control over scheduling and close co-ordination with all.”

Commenting on the pace of construction, Mills says that bulk excavations for the three basement levels started in January 2021, and the concrete structure for the four storey building topped out in August.

Given the construction schedule the decision was made to increase the size of the foundation piles allowing the columns to be cast over the piles. Mills explains that traditionally one would excavate around the pile and cast a concrete base or pile cap on top of the pile, however by increasing the size of the pile the need for concrete bases was eliminated, resulting in a time saving to the project. In total 115 piles were cast.

Once the piling subcontractor had cast the piles, Concor inserted the column starter bars into the concrete whereafter the normal shuttering process was followed, and the concrete columns cast. Columns were spaced on an 8.4 metre by 8.4 metre grid, and decking was installed for the suspended concrete slab pour.

The basement level pours were split into five separate pours to accommodate the construction schedule and allow other ongoing work to done. There are three full basements levels with a fourth smaller ramp connection to a future phase.

Space constraints as well as financial feasibility informed the decision to go with a readymix service provider, and this decision formed part of the overall risk management on the project.

“The concrete design mixes for various aspects of the build including all slabs considered the need for a low carbon footprint with a low Portland cement content being used, seeing this fall into the green concrete category,” Mills says. “However, in the case of the column mix this was superseded by the need for an early high strength concrete that would facilitate the ongoing fast track construction process.”

Construction of the top structure continued with the building of a double volume space between the ground and first floors and the three office levels above that. The fourth slab was poured in mid-August to close off the third office floor.

“Traditionally when constructing an office building, we would require three levels of back prop and support work, however on this project we managed to engineer a solution that required only two levels of back propping. Adopting this innovative construction methodology facilitated an earlier access state for subcontractors to start façade installations, wet work services and follow-on trades,” Mills says.

A significant advantage is that the same engineering firm has been used for both the structure and the façade for the curtain wall. This allowed the design and manufacturing of the elements for the façade to begin while the contractor was still busy constructing the concrete structure. Accurate dimensioning of the façade was possible using sophisticated software that allowed modelling of the full façade around the concrete structure. In adopting these approaches, Concor unlocked two long lead materials, being the glass and façade tiling.

The façade itself is a unitized system which is less labour intensive to install, and also does not require a full façade scaffold for installation. Both these will also contribute to cost and time savings on the project.

Mills explains that Concor’s scope of work on the Ikusasa project includes the fit-out of the entire building, and this will see the company co-ordinate the installation of all fittings and fixtures before handover of the building to AGSS at the end of January 2022.