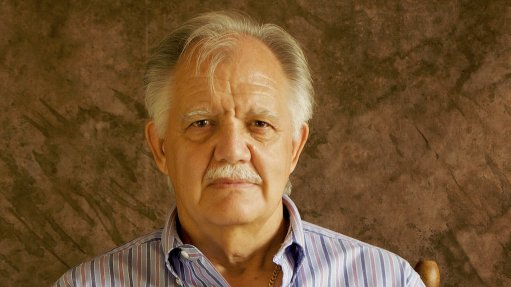 Owing to the confusion within municipalities and the general public regarding the meaning of a certification body within the pipes industry, Southern African Plastic Pipe Manufacturers Association (Sappma) CEO Jan Venter highlights the misperceptions by explaining the differences between the South African Bureau of Standards (SABS) and South African National Standards (SANS).

He clarifies that a certification body in South Africa is accredited by the South African National Accreditation System (SANAS) and there is a perception that the SABS and SANS are one and the same, and that the one cannot be used without the other.

He points out that, in recent years, the role of the SABS has changed with the specifications now being done by SANS, which is a separate independent body reporting to the Department of Trade and Industry.

Venter notes that the SABS is now divided into different business units – certification and test laboratories, which was also done to make way for other certification bodies.

Further, Venter says that some confusion might, however, still exist within the general public, seeing that SANS specifications are still obtainable from the SABS in Pretoria and SANS uses the same building as the SABS.

He asserts that people generally speak of an SABS standard, which is incorrect as the SABS is a testing and certification body in South Africa. He explains that the SABS is allowed, through its SANAS accreditation, to sample and test products and certify a producer’s product to a specific SANS standard.

“SANS standards are not the property of the SABS and may be awarded to a product by any accreditation body complying with SANAS requirements and accredited to SANS 17065,” explains Venter.

He clarifies that another example of such an accreditation body is the South African Technical Auditing Service (SATAS) that can issue SANS certification for a product, based on independent test results and results of its audit on the manufacturer.

SATAS is therefore an alternative to the SABS when it comes to certifying products to SANS standards. A product accredited to a SANS standard by SATAS is thus equivalent in all aspects to that product being certified by the SABS.

“Both the SABS and SATAS have post permit inspection regimes in place, to regularly inspect certified products and thereby ensure continued compliance to the relevant SANS standard. “It is important to realise that, regardless of the certification body, the product is still certified to the same SANS standard, which governs its testing and performance,” Venter emphasises.

He asserts that accredited certification bodies such as SATAS can therefore now also certify companies to SANS specifications and their quality systems.

“Competition has always been a good thing, and it now gives the industry a choice of service providers in the certification environment,” he comments.

Moreover, Venter previously commented that the plastic pipes industry in South Africa, a key infrastructural and critical asset, is facing a crisis which is threatening not only the industry as whole, but key infrastructure sectors, such as mining and water supply.

He notes that the cause of the current crisis is solely as a result of the SABS failing to perform in terms of its mandate as well as its obligations prescribed in the Standards Act 2008.

Venter mentioned that, among others, the SABS failed to renew licences, which have expired to plastic pipes manufacturers without providing any indication when the licences would be renewed, unilaterally and without any consultation, decided in July 2015 to disallow partial testing of products manufactured by players in the industry, as well as failed to ensure that testing facilities and laboratories needed to conduct testing on products are adequate and that those persons responsible for the testing are competent.

“On the March 29 this year, Sappma has, through our attorney David Swartz of Phillip Silver Swartz Incorporated, again called for an urgent meeting with the SABS in order to address the issues and the crisis at length. “On April 15 this year, the SABS responded to the letter from our lawyers and agreed to the request for an urgent meeting, the date of which is in the process of being finalised,” Venter says.

He comments that, several years ago and as early as May 2006, Sappma had warned about the potential for the actualisation of the crisis and attempted to address the numerous issues with the SABS in regard to its testing facilities.

Despite numerous warnings issued in this regard and attempts made by Sappma to address this issue over the past ten years, the SABS has failed to take heed of these warnings or implement any programme to avoid the present crisis.

He put forward that Sappma has given its members the assurance that they remain committed to finding the best solution for the industry and will continue to give regular feedback in this regard.

Venter concludes that these developments have, and will continue to have dire consequences for the manufacturers, the industry and the country.

“It will also result in the diminishment of product confidence in the market place, no measurable improvement in product and service quality, disqualify manufacturers from submitting their products for tender, as manufacturers are hindered in the sale and distribution of their products without the SABS mark of approval.”