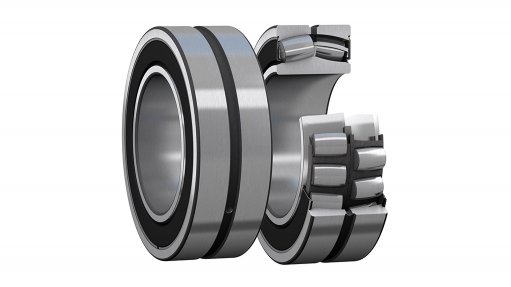 EXPLORER SRB SKF relaunched its spherical roller bearings campaign, with its Explorer range, in September to gather new momentum in the local market

SKF asset management business development manager Giscard Lailvaux tells Engineering News that SKF Group originally launched the SRB campaign in 2011, following the launch of the upgraded version of the SRB, the Explorer range, which was made available to the global market. SKF South Africa started the campaign towards the end of 2012.

“The campaign entails the in-house training of SKF personnel, awareness presentations for key customers and providing promotional material and support for local sales units to drive the upgraded SRB Explorer range through our local authorised distribution channels to market,” he adds.

Lailvaux notes that the SRB campaign forms part of a global initiative, which is measured against the company’s campaign source code that is loaded in its strategic sales and customer relationship management (CRM) database, supplied by US-based software developer Siebel CRM Systems.

“The campaign was launched to acquire increased market share for our premium product in the roller bearings environment, particularly the SRB Explorer range. SKF is eager to achieve increased sales volumes of this flagship product in heavy industrial applications to assist customers in achieving their equipment-reliability and productivity goals,” he asserts.

Lailvaux states that the uptake since the conclusion of the original campaign in 2012 “has been positive, and the use of the open and sealed upgraded SRB Explorer range received enthusiastic feedback from key customers during September”.

One of SKF South Africa’s key account customers is replacing a previous range of open SRBs with the new sealed SRBs in the Explorer range in specific plant applications, owing to the sealed SRBs performing successfully in real working-condition tests concluded over the past two years. “We anticipate that the positive trend will continue as more customers and original-equipment manufacturers (OEMs) switch to the upgraded and sealed SRB versions, based on an increased need for reliability and to drive down total asset operating costs while not compromising on quality,” he posits.

The latest iteration of the campaign was launched in the UK in the first quarter of this year and Lailvaux notes that SKF has achieved significant success in the UK to date because of the campaign.

He adds that the campaign is expected to run “well into 2015 to enable all SKF’s global sales units to acquire the necessary traction with the implementation of this product in customer applications”.

Lailvaux points out that not all applications can be converted to SRBs, but where these can be converted, both OEMs and aftermarket customers enjoy distinct benefits. “In the OEM environment, the increased service life with the upgraded SRB Explorer range could imply a reduction in the overall size of primary equipment, as warranty conditions can now be met with smaller bearings that achieve the same original specification life.” He suggests that this has significant positive impacts on raw material input costs for manufacturers.

Lailvaux notes that after- market customers using the upgraded SRB bearings can improve the reliability and operating life of equipment in service. This will ensure increased time between repairs on the reference equipment over time, compared with the original design.