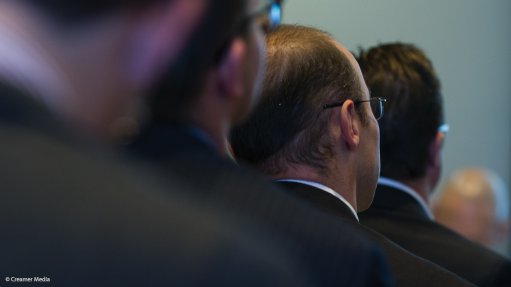 The Companies Tribunal wants its mandate to be expanded so that it can take on more cases to help companies resolve their disputes, without litigation.

The Tribunal's chairperson Alli Chicktay, Chief Operations Officer Monica Ledingwana and CFO Irene Mathatho on Wednesday briefed the portfolio committee on trade and industry on its annual report for 2018/19 as well as its first and second quarter performance report for 2019/20.

Chicktay told members of Parliament that the Tribunal, which is an agency of the department of trade and industry mandated to provide dispute resolution services for companies, is battling with budgetary constraints as well as challenges related to its limited mandate.

It also has a lot of vacancies, because there is not enough funding to fill these positions, he said.

"We would like to fill these positions but we do not have funds," he said. As a result, a lot of staff are working overtime, and doing more than one function, Chicktay added.

When the Tribunal was first established it had surplus of funds, because not all positions were filled. Those reserves have been used to cover annual deficits, but it is at risk of being depleted by the end of this financial year, Chicktay told the committee.

This will put its going concern at risk, chief financial officer Mathatho said. "Going forward this will pose a challenge to running the organisation as a going concern," she added.

The Tribunal does not charge fees for its services. The aim is for it to be made available for all South Africans or companies invested in SA to resolve disputes amicably, without having to resort to costly litigation, for the ultimate benefit of the SA economy, Chicktay told MPs. "Even if we charge [fees] we will not make much money," he added.

The Tribunal exceeded its targets of adjudication and resolves unopposed disputes in less than 30 days. All opposed disputes were resolved within 40 days, with a target of  90%.

Chicktay said that the Tribunal has highly skilled members, but the scope of cases that come to the Tribunal is limited.

The Tribunal wants to have jurisdiction to have decision-making power on a diverse set of cases and has proposed these amendments to the Companies Act.

The cases the Tribunal deals with include name disputes, reviews of compliance notices issued by the Companies and Intellectual Property Commission, and social and ethics committee applications, Ledingwana told the committee.

"We need to increase the Tribunal's mandate to get more cases," she said, adding that the Tribunal's growth is stunting as the number of cases it deals with is declining.

Another amendment would include making mediation compulsory. Chicktay said that litigation is becoming "outdated". "We're trying to get the organisation to provide a service to all South Africans. The Tribunal was created to that," he said.

Just as most people know about the Council for Conciliation, Mediation and Arbitration, which deals with labour disputes, companies should also be able to come to the Tribunal to resolve their disputes, he said.

"We are asking Parliament to increase our mandate. There's no point having us without having an impact on South Africans," Chicktay said.