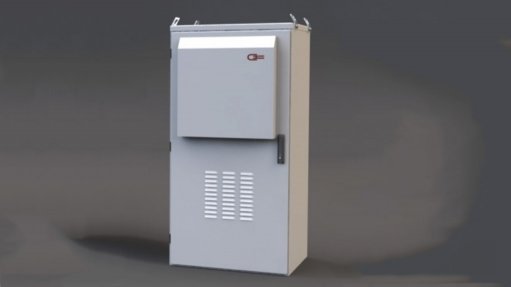 A CHEM G5 ME fuel cell

CHEM has established a subsidiary company called CHEM Energy South Africa, and secured a facility in the Dube TradePort special economic zone, near King Shaka International Airport, in KwaZulu-Natal, where it will build the factory.

CHEM’s latest fuel cell product, the G5 ME Fuel Cell, provides greater reliability than batteries or diesel generators at a lower cost and with lower emissions.

The G5 ME Fuel Cell protects a telecoms network against power cuts and provides power in offgrid areas faster, more reliably and at a lower cost than alternative power sources.

CHEM says the fuel cell factory will create an entirely new supply chain in South Africa, in addition to creating jobs in the manufacturing sector.

“The fuel cell plant can serve as a cornerstone of world-class technology from which to build a complete hydrogen and fuel cell ecosystem and unlock mineral beneficiation,” notes CHEM South Africa director Hal Koyama.

Department of Trade, Industry and Competition director-general Lionel October affirms the department’s commitment to working with CHEM to realise the full potential of this sector.

Creamer Media's Engineering News Online and Mining Weekly Online has, in recent months, reported extensively on the potential for South Africa to reap the benefits of the green economy. South Africa is considered to be uniquely positioned to use its abundant renewable energy resources to generate hydrogen that can be used in fuel cells. The country also has significant resources of platinum and iridium, which is used in the manufacture of fuel cells, as well as the electrolysers that produce hydrogen from renewable energy.

As a significant manufacturer of methanol fuel reformer technology for stationary fuel cell systems, CHEM has invested more than $250-million in product development and technology, backed by more than 200 patents and commercially-proven fuel cell systems for telecoms backup and offgrid primary power.

CHEM has deployed about 3 000 systems worldwide.

In addition to the fleet deployed with Vodacom in South Africa, CHEM’s systems support major telecoms operators in China, Japan, Indonesia, Malaysia, India, Australia, the Caribbean and other regions where the power grid is unreliable or not present.

Over the years, CHEM’s fuel cell systems have proven their durability and cost effectiveness against diesel generators with significantly lower emissions.

The full name for CHEM is Chung-Hsin Electric and Machinery Manufacturing Corporation.