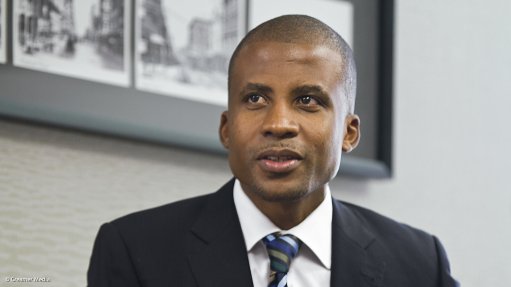 Aim-listed integrated primary vanadium producer Bushveld Minerals achieved a 19% quarter-on-quarter increase in production for the third quarter, which the company said was underpinned by operational stability at Vametco.

Bushveld, which is also an energy storage solutions provider with ownership of high-grade assets in South Africa, has been focusing on stabilising its operations to achieve a sustainable production run rate supported by the implementation of a proactive maintenance programme, other operational improvements and a new operating model at its Vametco and Vanchem processing plants.

For the three months ended September 30, Vametco’s production cash cost of $22.40/kg of vanadium improved by 13% as a result of the higher throughput in the third quarter and a weaker rand:dollar exchange rate.

Vanchem’s production cash cost of $27.30/kg improved by 3%, in line with the weaker rand:dollar exchange rate.

For the nine months to date, group production was 2 629 t, which is 2% lower than that of the comparable period in the prior year, largely as a result of lower production volumes at Vametco during the first half of the year.

Overall, however, Bushveld said that it remains on track to meet its full-year group production guidance of between 3 400 t and 3 600 t of vanadium.

Group sales in the third quarter of 826 t were in line with the second quarter’s 820 t.

Despite higher production volumes, sales to final customers were impacted by challenges in international logistics channels arising from Covid-19, the unrest in South Africa in July, as well as disruptions at local ports in July and August 2021.

Bushveld, however, expects sales to recover as warehouse stocks in target markets are replenished.

In terms of the company’s finances, it said on October 21 that positive progress has been made in negotiations with Duferco Participations Holding on the $11.5-million balance of the convertible loan note, which would result in $5-million being payable in November and the remaining $6.5-million being converted into Bushveld shares, as announced in September.

Cash and cash equivalents at the end of the period were $25-million and were impacted on by the lower sales and the consequential higher working capital, as well as the ongoing capital expenditure during the quarter to support growth and operational stability.

After a strong start to the quarter, ferrovanadium prices fell and currently trade at an average of about $31/kg across markets.

At the moment, the US market is maintaining a premium to European prices, with Chinese prices marginally lower.

Demand in the US, Europe and rest of the world remains buoyant, Bushveld said.

Commenting on the company’s results, CEO Fortune Mojapelo enthused that the company was able to enter the fourth quarter on a “strong footing” as a result of its solid results and was therefore still on track to achieve its production guidance.