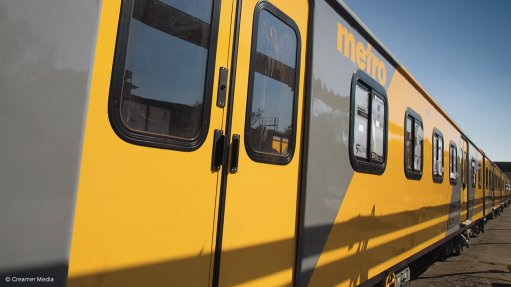 Low capacity transport modes, such as minibus taxis and private cars, have become the backbone of the transport network in the Gauteng province, as opposed to high-capacity modes, such as rail and buses.

This is one of the main findings of the 2019/20 Gauteng Household Transport Survey (GHTS), conducted by the Council for Scientific and Industrial Research (CSIR), on behalf of the Gauteng government – and directly opposed to the vision set out in the province’s 25-year Integrated Transport Management Plan, which views rail as the backbone of the province’s transport network.

CSIR transport systems and operations competence area manager Dr Mathetha Mokonyama says that minibus taxis account for 23% of all peak-period trips in the province, with private cars at 22%.

Mokonyama says respondents to the GHTS indicated that buses and train are either not available, infrequent, of inaccessible for the trips required.

He notes that formation of the Transport Authority of Gauteng could remedy this situation, as it could, for example, ensure that all municipalities plan coherently around the province’s transport needs, and not just with their own needs in mind.

This is important, as intra-municipal travel remains high, at close to 90%, according to the GHTS.

The survey found that public transport is the most expensive in Ekurhuleni.

This said, however, walking remains the predominant mode of travel in Gauteng, with over 29% of trips in the peak period being described as “walking all the way”, says Mokonyama.

This means that Gauteng needs to become serious about non-motorised transport (NMT), he notes. The province has asset management systems for roads and bridges, but not for NMT assets, such as sidewalks and pedestrian-friendly crossings.

Accessing the final destination from public transport has increased from eight to 14 minutes.

This means that the provision of feeder services, to trains, in particular, is becoming critically important, says Mokonyama, as is locating settlements close to public transport nodes.

Average travel time over the past 18 years has almost doubled, says Mokonyama.

“Therefore, there is a need to increase network capacity, particularly higher-capacity public transport infrastructure and services.”

He notes that the proportion of household income spent on public transport has also increased.

Mokonyama says the newest GHTS indicates that households are more satisfied than dissatisfied with bus and train services, with their dissatisfaction related to issues of accessibility.

Households tend to be more dissatisfied than satisfied with minibus taxis, particularly relating to safety.

Looking ahead, Mokonyama says there is a need for better financing models for public transport, as operators “are really struggling, from the numbers we have seen”.

Stop Attacking Other Modes, MEC Tells Taxis
Gauteng Public Transport and Roads Infrastructure MEC Jacob Mamabolo highlights that it is clear that Gauteng commuters to not regard minibus taxis as a safe mode of transport.

He adds that it is not acceptable for certain sections of the taxi industry to attack other modes of transport, such as buses and driving clubs, which they see as competition for the taxi industry.

The purpose of the survey, says Mokonyama, is to assist with evidence-led transport planning in the province, as well as to continuously measure the performance of the transport system.