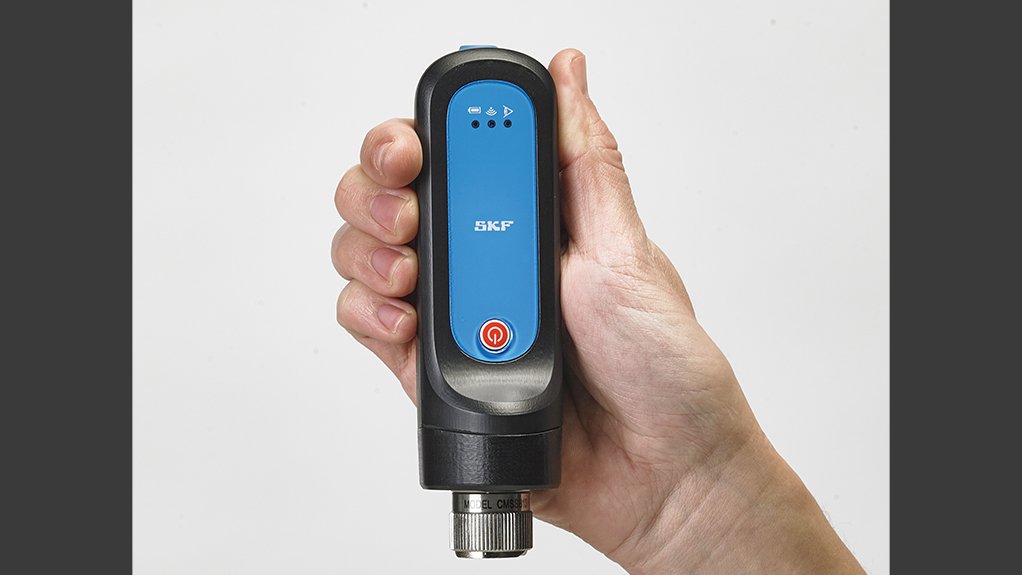 A sensor that monitors rotating equipment performance is now certified for use in hazardous areas, extending condition monitoring into new applications and industries.

SKF has gained hazardous area approval for its QuickCollect sensor, which collects vibration and temperature data. The new approval, to both European and International standards, allows the sensor to be used in places that would previously have required a ‘hot work’ permit.

The certification opens up applications in a range of sectors, including the petrochemicals, mining and marine industries. It also brings digitalization of data into hazardous areas, which up to now is a relative rarity.

The sensor is certified to both the international IECEx and European ATEX standards, for use in Zone 1 hazardous areas. In addition, it is approved for CSA Class I, Division 2, making it suitable for certain applications in North America.

The QuickCollect sensor can be used in conjunction with SKF’s ProCollect mobile app, which was launched in late 2019. ProCollect connects the sensor to SKF’s web-based software platform, Enlight Centre. Together, this creates a portable condition monitoring system, called SKF Enlight ProCollect, that offers direct access to SKF’s experts in remote diagnostic services.

The package is available as a subscription service, which is charged monthly or annually. This model allows SKF to tailor the package to the customer’s exact needs.

Monitoring hazardous areas has traditionally been handled manually, due to a lack of certified equipment. Now, fully automated predictive maintenance can be introduced in a straightforward way. This streamlines data collection, spots errors and faults quickly, and can banish the use of ‘legacy’ paperwork systems.

“It helps customers bring digitalization to the most extreme environments of their operations, while improving their Key Performance Indicators (KPIs),” says Barrie Rodgers, Product Line Manager for Mobile Solutions at SKF.

The solution is scalable and can be tailored to the size of any customers operation and according to specific needs. For instance, it can be started with only a few assets in a small area or can be introduced to an area with 100’s of assets.

Although gaining hazardous approval can be difficult, and expensive, this remains a cost-effective package.

“We’re keeping the price similar to that of our standard solution,” says Rodgers. “The package will typically be used on rotating machinery such as pumps and compressors. As well as providing vibration and temperature data, it prompts technicians to gather other maintenance information, such as taking a photograph of a component. This gives the analyst more data to provide the correct insights on which to make a decision.”