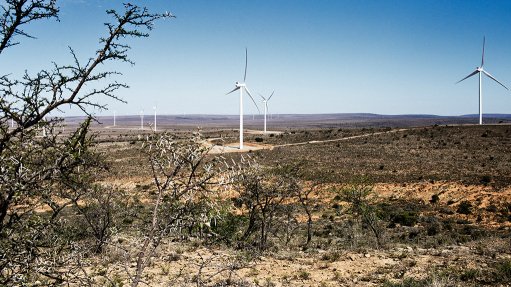 Amid domestic uncertainty about the future of South Africa’s renewable-energy procurement programme, a US State Department official has described the initiative as “astoundingly successful” and reports that several countries are currently seeking to draw lessons from the country’s reverse-auction model.

In fact, the department’s international information programs director of public engagement David Shelby tells Engineering News Online that he has been surprised by the low levels of public awareness in South Africa about the success of the Renewable Energy Independent Power Producer Programme (REIPPPP), which has facilitated nearly R200-billion of investment since 2011.

Together with the US Embassy in South Africa, the State Department tested awareness levels in a survey conducted in Gauteng, KwaZulu-Natal and the Western Cape during September and October. It found that, while citizens were generally supportive of renewables, there were still several negative perceptions, relating primarily to the perceived high cost and unreliability of such technologies.

There was also little awareness of the fact that, through the REIPPPP, South Africa had achieved one of the most rapid renewables deployments globally, having procured over 6 000 MW of capacity in only five years from over 100 projects.

The survey was undertaken in preparation for the US-government-backed workshop, which was held in Pretoria this week, under the banner ‘Energy21 – Renewable Energy for the 21st Century’.

The workshop was designed to enable industry practitioners and professional communicators to discuss ways of communicating the benefits of renewables and raising greater awareness about some of the economic and social spinoffs.

The event took place against the ambiguous backdrop of Eskom’s reluctance to sign contracts for 26 additional renewables projects already adjudicated under the REIPPPP, and the release of a draft Integrated Resource Plan (IRP) base case, which indicates that South Africa should install a further 55 000 MW of wind and solar photovoltaic (PV) capacity between 2021 and 2050.

Shelby refused to be drawn on the immediate uncertainty, saying only that there was growing global momentum behind wind and solar PV that was unlikely to be reversed, owing to falling costs and global climate commitments.

Workshop participant and World Bank climate change expert Max Edkins reinforced this view, noting that solar PV and wind were expanding at an exponential rate globally. “All projections of installed capacity made in the early 2000s are being shattered – 14 times for wind and up to 60 times for actual installed solar in 2015.”

Edkins also drew optimism from the draft IRP base case, which had been heavily critiqued domestically, noting that the levelised cost of wind and solar PV in the document was cheaper than new coal.

Business was also increasingly supportive of renewables, which could make the industry, together with the bigger climate-action agenda, the “biggest business opportunity” currently available, he added.

However, GreenCape analyst Aman Baboolal stressed that it would be crucial for the REIPPPP momentum to be sustained so as to attract the investments required for South Africa to take full advantage of the emerging opportunities.