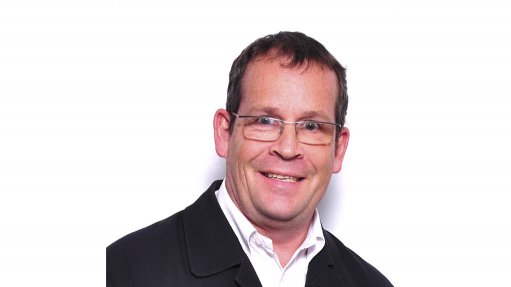 With the new amendments to the Carbon Tax Act earmarked to pave the way for developing a national standard to approve offset carbon positive projects and administer these projects on a national database, Economic Development Solutions (EDS) head of business development Eckart Zollner says compliance by companies nationally is important to participate in global markets.

Carbon tax, in response to climate change, aims to reduce greenhouse-gas emissions in a sustainable, cost-effective and affordable manner, and is a relatively new tax for South Africa.

South Africa is ranked twelfth globally on the list of highest carbon-emitting countries, owing to its use of coal-fired power, which accounts for 80% of the electricity powering commercial, industrial and residential facilities.

The Carbon Tax Act is in place to address this unwanted status, as it is being used by government as a mechanism to penalise polluters and to allow carbon-positive projects to be offset.

Phase 1 of implementing the Act, which started in mid-June 2019, aimed to slowly bring South Africa in line with international requirements and norms. During Phase 1, the only companies affected for this introductory tax were those with a generating capacity above 10 MW.

However, Phase 2, scheduled to start in January 2023, is more stringent in terms of tax-free allowances. This phase focuses on the implementation of the new targets and amendments, and will begin capturing the requirements on indirect emitters, he emphasises.

“Phase 2 is going to widen the net tremendously in terms of the types and number of companies that are going to fall within the application of reporting and being taxed on their carbon emissions. So, the potential obligations and the financial impact on companies is going to be much larger than it was in Phase 1.”

The intention of government is to create a green economy in parallel with the current economy, and slowly migrate companies towards carbon-positive activities and projects. Major opportunities to take this step lie in the agriculture sector and land reform, Zollner enthuses.

The first effective step to reduce carbon emissions is, normally, to conduct a detailed energy audit to identify where a company can reduce electricity consumption, pinpoint the data sources that are responsible for emissions and set specific reduction targets.

Companies should evaluate the carbon impact of the raw materials they are using and the efficiency of their technology, he illustrates. Those emissions need to be measured and managed on a monthly basis.

EDS estimates the compliance figure for South African companies to be about 80% for Phase 1. The number tends to reflect more publicly listed companies.

“It's a lot of shareholder activism that's being exerted on publicly listed companies through stock exchanges and trading exchanges globally.”

To make compliance easier for companies, the cloud-based tool “Ecogauge” was designed by EDS Systems as a real-time online tool to calculate a company’s emissions and liabilities, and to provide a historical analysis.

Carbon emissions also need to be regularly calculated, Zollner adds. They are calculated in accordance with three different data sources, comprising fuel combustion calculations, industrial processes and fugitive emissions. This is the standard three-tier calculation stipulated by the International Panel for Climate Change.

Many countries are likely to implement carbon border taxes affecting imported goods from countries that are not legislating carbon reductions, and that will be more costly than compliance, Zollner argues.

“Implementation, unfortunately, is where South Africa often falls short – we need to enforce this legislation with control mechanisms, inspection mechanisms and credible verification without loopholes, especially by the cross-functional, cross-Ministerial steering committee, to achieve the objective that we set ourselves,” Zollner concludes.