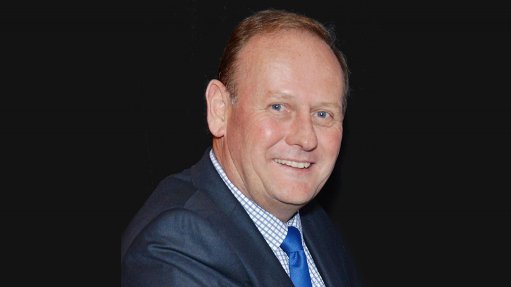 In addition, an automotive training programme for existing assemblers and workshop owners will be developed and piloted, along with the development of a concept for a Centre of Excellence to train Ethiopians for the skilled jobs an automotive industry will require.

The establishment of a fully-fledged automotive industry has the potential to make a substantial contribution to the growth of the Ethiopian economy, should there be a policy framework in place that encourages global automotive companies to invest in Ethiopia and establish manufacturing operations, says the AAAM.

“A stable automotive policy, with the right incentives in place, can position Ethiopia as a regional hub for vehicle component manufacturing and assembly.

“Such a sector would employ substantial numbers of highly skilled people and could also spur growth in allied industries, such as the iron and steel industry.

“Investments by global OEMs, through partnerships and regional supply chains, could make Ethiopia a regional and even continental player in both component and vehicle manufacturing.”

The AAAM has been appointed to develop the policy by the Special Initiative on Training and Job Creation.

This initiative has been commissioned by the German Federal Ministry for Economic Cooperation and Development (BMZ), and is being implemented, among others, by the Deutsche Gesellschaft für Internationale Zusammenarbeit (GIZ).

The objective of the initiative, which also operates under the brand ‘Invest for Jobs’, is to create jobs and apprenticeships, and to improve working conditions in partner countries.

To accomplish this, Invest for Jobs supports and promotes investments that have a high impact on employment.

It works to pave the way and remove investment barriers such as local shortages of skilled labour and insufficient performance by the local supply industry, while it also promotes the establishment of small and medium-sized companies.

In addition, it offers advice, contacts and financial support to overcome investment barriers.

Time Frame
The first task of the Ethiopian policy project will be to conduct a comprehensive local and international automotive sector analysis.

This will be followed by the development of an automotive policy framework for consideration by the Ethiopian authorities, and the implementation of the policy.

Concurrently, a pilot automotive skills development ecosystem, which is to adhere to international standards, is to be developed, which should ultimately lead to the establishment of the Centre of Excellence.

The AAAM says the strategic objectives of developing an Ethiopian automotive policy and centre of excellence include establishing a fully integrated and competitive industrial hub for component and vehicle manufacturing in partnership with the private sector; generating highly skilled jobs in both the vehicle assembly and component manufacturing sector with a spill-over effect into other sectors of the economy; establishing an asset-based vehicle finance scheme for locally manufactured vehicles to ensure affordability for local buyers; improving the balance of payments through competitive import substitution and export market development; and improving vehicle safety and environmental standards while transforming the quality of the vehicles in the Ethiopian car parc, thereby safeguarding the natural environment.

“Being awarded this contract by the GIZ is an important milestone for AAAM in the development of the automotive industry in Africa, and reflects that our collaborative efforts across the continent to facilitate sustainable automotive industrialisation are gaining traction,” says AAAM CEO David Coffey.

“Ethiopia is an important assembly hub in the East of Africa region.

“With a population in excess of 100-million and a very low motorisation rate of 2 vehicles per 1 000 inhabitants, the potential of Ethiopia is significant with the right ecosystem in place.

“The integration of Ethiopia into the regional and, ultimately, continental single market, will provide scale that will facilitate competitiveness.”

The project will run from March, 2021, through to the end of October.