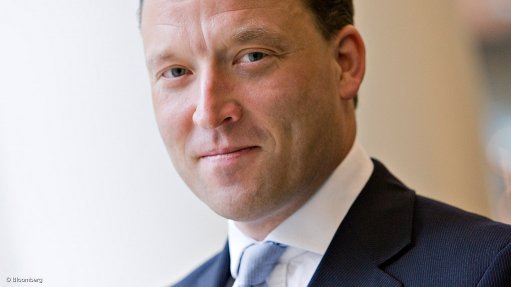 MATTHIAS ZACHERT This JV will enable us to give the rubber business a very strong competitive position and the best possible future perspectives
Photo by: Bloomberg

Producer of synthetic rubber Lanxess and oil and energy producer Saudi Aramco will each hold a 50% interest in a new joint venture (JV) for synthetic rubber valued at €2.75-billion. The transaction still requires the approval of the relevant antitrust authorities and is expected to be completed in the first half of this year.

The JV will be managed by a holding company headquartered in the Netherlands with the CEO appointed by Lanxess and the CFO appointed by Aramco Overseas Company. Each company will have equal representation on the JV’s board of directors. Lanxess will consolidate the JV’s financials.

“This alliance will enable us to give the rubber business a very strong competitive position and the best possible future perspectives. “Together, in the future, we can produce synthetic rubber in an integrated value chain from the oilfield to the end product, thus establishing one of the best-positioned suppliers in the world market. “In this way, we will be able to offer our customers even greater reliability than before,” says Lanxess CEO Matthias Zachert.

Saudi Aramco will provide the JV with competitive and reliable access to strategic raw materials over the medium term. Saudi Aramco downstream senior VP Abdulrahman Al-Wuhaib says: “Through the JV agreement, we are investing in world-class synthetic rubber and elastomer products capability that already supplies many of the world’s largest tyre and automotive-parts manufacturing customers.”

He adds that, in addition to creating a new revenue stream for Saudi Aramco, the agreement will spur economic growth and diversification opportunities for the Kingdom of Saudi Arabia and the Middle East region in high-volume sectors, such as tyre and auto-parts manufacturing, which are dependent on higher-margin, value-added chemicals products.

Lanxess will invest its syn-thetic rubber business into the new JV. This will include the Tyre and Specialty Rubbers and the High Performance Elasto- mers business units, their 20 production facilities in nine countries and some 3 700 employees and additional sup-port staff.

The high-performance rubbers manufactured by Lanxess are mainly used in the production of tyres and technical applications such as hoses, belts and seals. The main customers include the automotive and tyre industries, but the products are also used in the construction industry and by oil and gas companies.

With the creation of this JV, Lanxess is implementing the third stage of its three-phase realignment programme. “We have established a completely new strategic starting point for our company in just over a year,” notes Zachert.

He says that Lanxess has streamlined its administrative functions and has already made many of its production structures and processes more efficient. Moreover, with this JV in the rubber business, the company believes it is delivering on the most important phase of its realignment with the best part-ner possible and in a very short period. “The resulting financial headroom will allow us to return to growth considerably sooner than expected,” explains Zachert.

Lanxess plans to use about €400-million of the proceeds from the transaction to invest in the growth of the well-positioned and less cyclical segments of Advanced Intermediates and Performance Chemicals. Another roughly €400-million is reserved for a further reduction of its financial debt position and around €200-million is planned to be used for a share buy-back programme.