27th November 2015 Engineering company WorleyParsons is one-third of the way into its 32-month contract for the Lake Turkana Wind Power (LTWP) project, in Kenya, for which it was tasked to deliver project management services in 2014. The project aims to supply 360 MW of reliable, low-cost wind-turbine generator... →

27th November 2015 Impoverished communities near rural Vredenburg, 130 km north of Cape Town, are starting to reap the benefits from the West Coast One wind project, which became fully-operational in June, and is operated by a consortium comprising financial services provider Investec, electric utility company... → 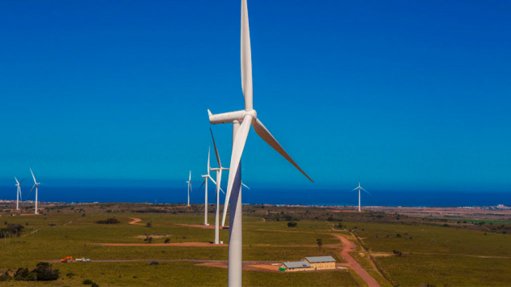 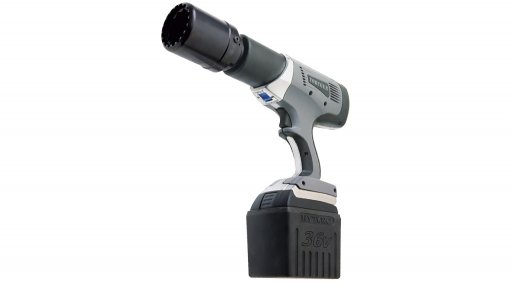 27th November 2015 The Northern Cape’s Loeriesfontein wind farm has announced that its wind turbine foundations comprise very low quantities of Portland cement in the concrete formulation, resulting in what is believed to be one of the world’s lowest carbon footprints for any wind farm foundation, according to... → 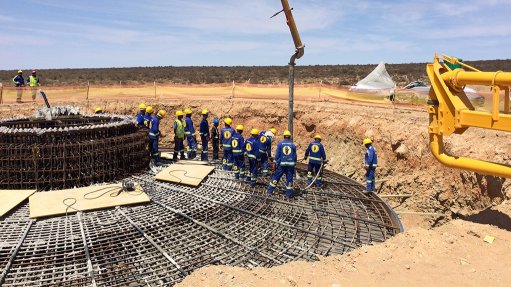 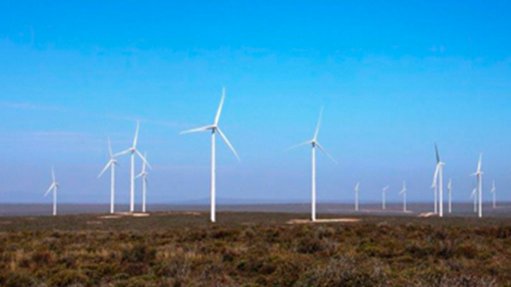 Regular inspections, monitoring a must to improve turbine efficiency 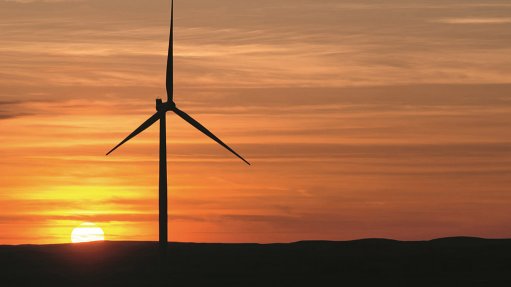 27th November 2015 Electrical engineering and electronics company Siemens will, by 2017, have supplied a total of 157 wind turbines to wind energy projects in South Africa, following a 2014 contract that committed Siemens to supplying wind turbines to a consortium led by wind and solar utility Mainstream Renewable... → 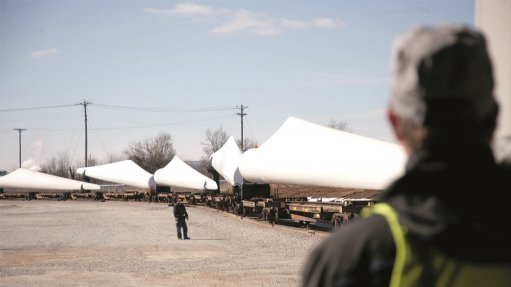 27th November 2015 While wind turbines are standard products that are designed, verified by prototype testing and independently certified, their foundations are designed on a project-by-project basis to suit site-specific ground conditions. This, according to engineering consulting firm Arup, makes wind turbine... →

By: Bruce Montiea     28th November 2014 South Africa is creating the capacity to generate close to 2 GW of electricity from wind farms and, “within the next five years, this will more than double”, says Stellenbosch University’s Centre for Renewable and Sustainable Energy Studies director, Professor Wikus van Niekerk. “South Africa was... → 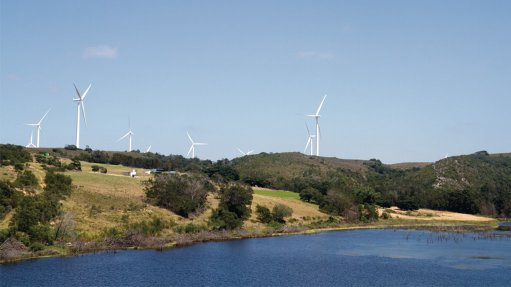 By: Bruce Montiea     28th November 2014 South Africa needs to pursue projects that use wind for renewable- energy generation, as this green source of energy mitigates the emission of greenhouse gases (GHGs) while restoring and improving the ecosystem, says carbon advisory firm Promethium Carbon director Harmke Immink. The benefits that... → 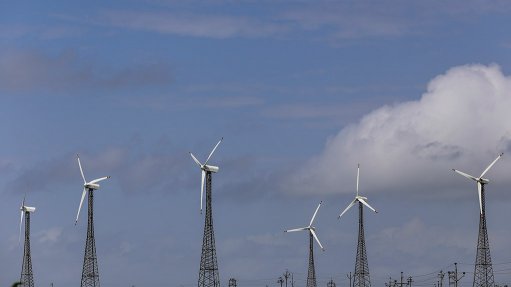 By: Bruce Montiea     28th November 2014 The South African wind energy industry has had a few hiccups since the beginning of the independent power producer (IPP) procurement programme, however on the whole the industry has excelled, says technical consultancy 3E Renewable Energy. “Essentially initiated and supported by the Department of... → 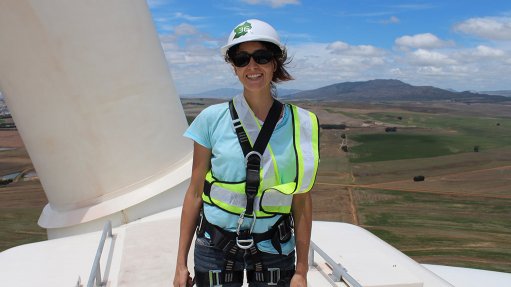 By: Bruce Montiea     28th November 2014 In its endeavour to support the country’s drive to propel the use of wind farms as sources of generating green renewable energy, temporary power and temperature-control solutions supplier Aggreko supplied nine 60 kVA generators to the precommissioning of the wind turbines at the Jeffrey’s Bay... → 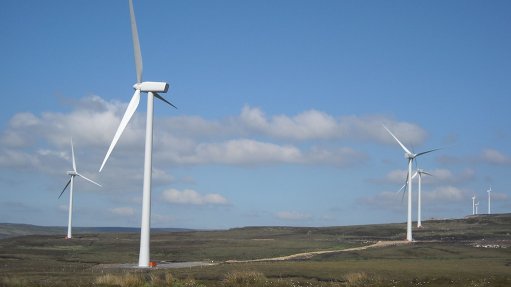 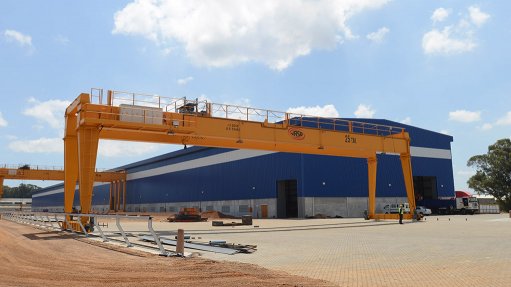 28th November 2014 To help with meeting the need to increase the number of wind farms in South Africa, including in areas with moderate to low wind speeds, global engineering company Siemens in November launched its new wind turbine at wind energy exhibition event Windaba, held in Cape Town. “With the Model... → 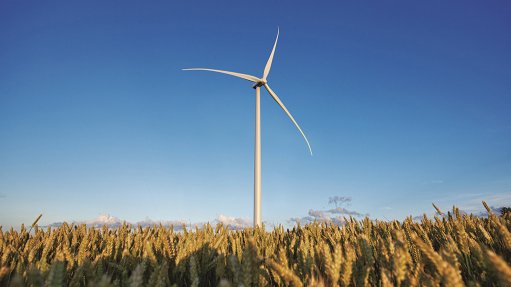 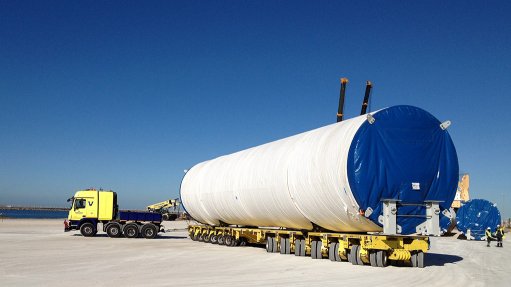 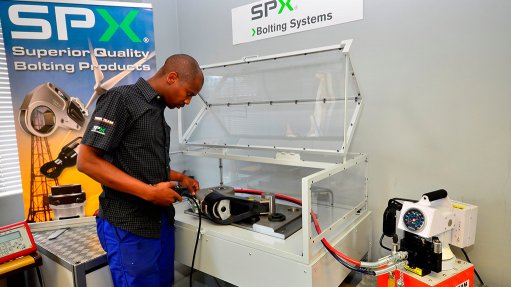 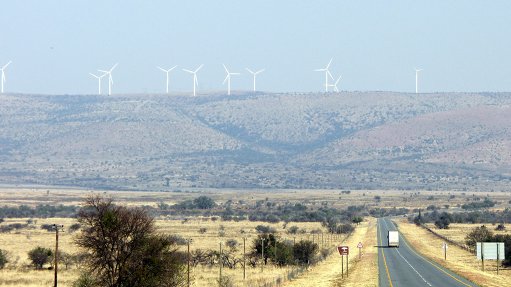 By: Bruce Montiea     28th November 2014 While there is not a significant skills deficit in the South African wind energy industry, primarily the result of on-the-job training, there is a need to formalise the training and invest more substantially in local community training, says renewable-energy and sustainability consulting firm... → 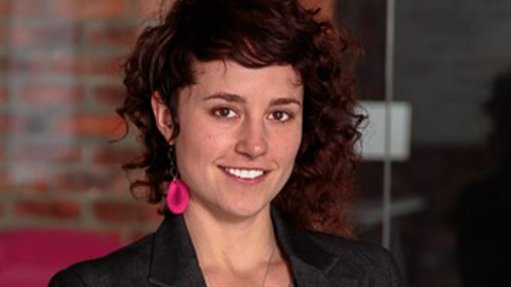 SARAH STANDS The wind industry has created a need for more trained professionals such as turbine technicians, large-inverter programmers, engineers and quality managers

By: David Oliveira     29th November 2013 Most of Africa’s installed electrical capacity is in South Africa, which is heavily reliant on coal for its electricity generation needs, says South Africa-based law firm Cliffe Dekker Hofmeyr, noting that there has been little incentive for South Africa to invest in renewable energy in the past.... →

By: David Oliveira     29th November 2013 Renewable-energy business and project developer Red Cap was announced as one of the preferred bidders in round three of the Renewable Energy Independent Power Producer Procurement Programme (REIPPPP) last month for its Gibson Bay wind farm project, in the Kouga local municipality, in the Eastern... → 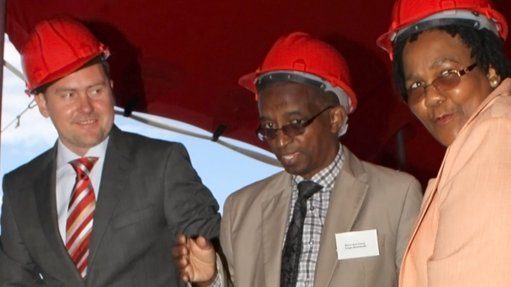 By: David Oliveira     29th November 2013 Internationally recognised manufacturing and engineering company DCD Group was presented with the Distinguished Contribution to the Advancement of Local Content in Wind Energy award by nonprofit wind industry representative, the South African Wind Energy Association (Sawea), in September, for its... → 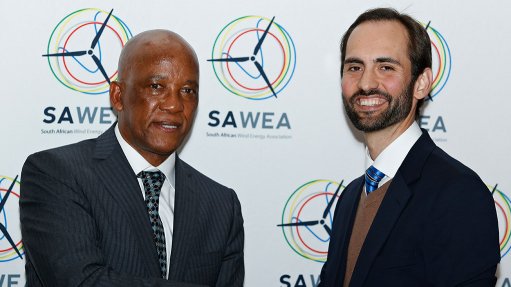