By: Mia Breytenbach     10th July 2015 Since the local launch of its GreenSolution – an innovative waste management solution – in April/May 2014, specific commercial and industrial solutions specialist Pandae has established more than 65 waste management sites at automotive and logistics companies across South Africa. “Pandae aims to... → 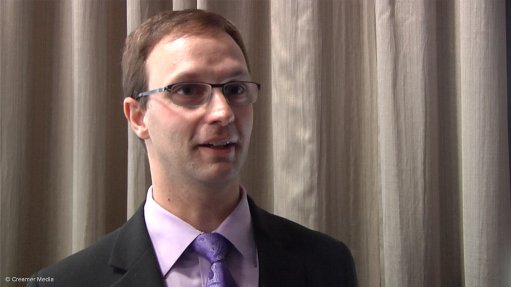 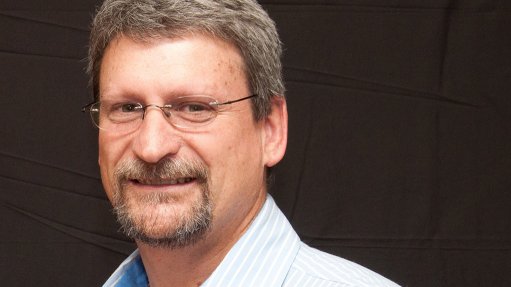 11th July 2014 The Polystyrene Packaging Council (PSPC) announced on June 14 that it has developed a network that facilitates the online ordering and selling of polystyrene beads on the association’s website.   PSPC has partnered with protective polystyrene casings supplier Isowall to install a  Drotsky M16... →

By: Jonathan Rodin     11th July 2014 Not-for-profit industry body the Polyolefin Recycling Company (Polyco) aims to invest R10-million in support projects this year to address current areas of constraint in the recycling industry. Five categories of support projects have been identified, for which funding will be made available,... →

By: Jonathan Rodin     11th July 2014 The Recycling and Economic Development Initiative of South Africa (Redisa) reports that its waste tyre project – which has been operational for a year – has remediated 26 388 t of tyres, created 683 jobs and registered 1 641 tyre dealers. In addition Redisa is servicing 833 collection points.... →

By: Chantelle Kotze     5th July 2013 For the paper and packaging industries to increase their recycling rates, the draft Industry Waste Management Plan, delivered to the Department of Environmental Affairs (DEA) in August 2011 by the Packaging Council of South Africa (Pacsa), needs to be approved by government. → 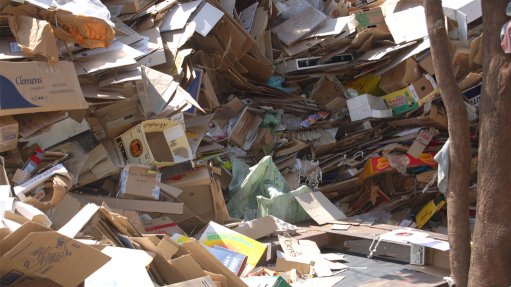 By: Gia Costella     24th August 2012 Waste management procedures and legislation in South Africa are among the best in Africa, but the industry is still faced with some significant challenges, says consulting engineers and scientists SRK Consulting. “South Africa, in my opinion, leads the way in waste management in Africa. It has... →

By: Gia Costella     24th August 2012 Beverage giant Coca-Cola South Africa (CCSA) no longer wants its packaging to be seen as waste, but rather as a valuable resource that can be reused in the future, CCSA senior technical operations manager and chairperson of polyethylene terephthalate (PET) recycling company Petco Casper Durandt... →

Tyre manufacturer succeeds in no waste to landfill goal

By: Gia Costella     24th August 2012 Tyre manufacturer Goodyear’s upgraded waste yard, which was officially commissioned in July last year, has enabled the company to recycle 98% of its waste and maintain its zero-waste-to-landfill policy, which it has been executing since 2008. The new yard, which is situated at the company’s... →

By: Gia Costella     24th August 2012 The Polystyrene Packaging Council (PSPC) of South Africa was invited in April by polystyrene manufacturer Versapak, in Harare, to assist in establishing a similar industry body – the PSPC of Zimbabwe – to oversee the recycling of polystyrene in that country. PSPC director Adri Spangenberg says... →

By: Dimakatso Motau     19th August 2011 JSE-listed Growthpoint Properties is encouraging the adoption of waste management practises and initiatives by its staff, tenants and contractors to enable it to contribute to a cleaner environment. →

By: Dimakatso Motau     19th August 2011 Tiputone, a company that focuses on reducing tyre waste and creating employment, will deliver the first of several of its patented tyre cutter machines to global miner Kumba Iron Ore’s Sishen mine, in the Northern Cape, in August. →

By: Tracy Hancock     20th August 2010 A significant challenge for waste management in South Africa is the failure of municipalities to carry out effective waste management practices because of a lack of resources; and new legislation is expected to further complicate the issue, reports Institute of Waste Management of South Africa... →

By: Tracy Hancock     20th August 2010 The Nelson Mandela Metropolitan University (NMMU), in Port Elizabeth, is currently rolling out a recycling project at its residences on a trial basis.  Specific bins are placed in strategic areas for the separation of plastic, paper and glass. When these bins are full, various service providers... →

20th August 2010 As the waste-to-energy sector becomes an effective and important tool to tackle the negative effect of waste disposal on the environment worldwide, while also providing the benefits of heat and electricity, national consulting engineer Bosch Projects has extended its areas of expertise into this... →

20th August 2010 About 550 000 t of glass waste finds its way into South African landfills every year, while only 200 000 t of all glass containers are retrieved for recycling, reports nonprofit organisation Glass Recycling Company.  “Glass is a 100% infinitely recyclable product, and the production of new glass... →

By: Tracy Hancock     20th August 2010 Heavy equipment manufacturers Bell Equipent reports that it will be supplying its hooklift trucks to the City of Cape Town for use on the municipality’s dump sites. Two of the five hooklift trucks, were delivered in mid-August, while the remaining three are scheduled for delivery in September. →

By: Tracy Hancock     20th August 2010 Manufacturer of recycled bricks Cape Brick is supplying an energy-efficient, environment-friendly concrete masonry product for the construction of the Malmesbury/Wesbank Community Day Centre (CDC), a community day clinic, in the Western Cape.  The construction of the 2 000-m2 clinic started in... →

By: Tracy Hancock     20th August 2010 Specialist in weighing equipment and data management Massamatic operations manager Werner Barnard says that it is important for a weighbridge to be used at waste facilities to monitor incoming waste, build a client database and send detailed invoices.   Massamatic has partnered with Mandalay... →

21st August 2009 The plastic bottle or polyethylene terephthalate (PET) recycling industry has nearly doubled its tonnage since 2005 through the introduction of the voluntary recycling levy for producers of the plastic. →

21st August 2009 The national body responsible for increasing the recovery of waste glass for recycling, The Glass Recycling Company, has rolled out 700 new glass banks with an improved design. →

By: Kelly Farthing     21st August 2009 Organic recycling company Turfnet sees huge potential in South Africa for vermicompost, an organic compost that is believed to be the cleanest form of organics in the world. →

21st August 2009 The City of Cape Town is the first municipality in the country to introduce a new waste management bylaw in line with new national legislation. →