By: Tasneem Bulbulia     24th August 2020 African manufacturer, merchandiser and distributor of steel and value-added products Macsteel is planning to leverage on technology to sustain its business growth as part of its post-Covid-19 business continuity plan. This after the spread of Covid-19 created business disruption around the world,... → 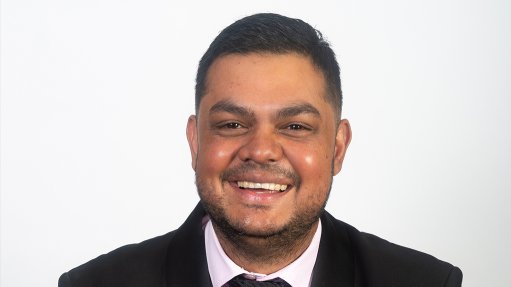 By: Rebecca Campbell     21st August 2020 The US National Aeronautics and Space Agency (Nasa) announced on Thursday that, following just under 13 months of operational test and evaluation in orbit, it had validated a new type of propellant for spacecraft. This new propellant is much less toxic than the standard current propellant,... → 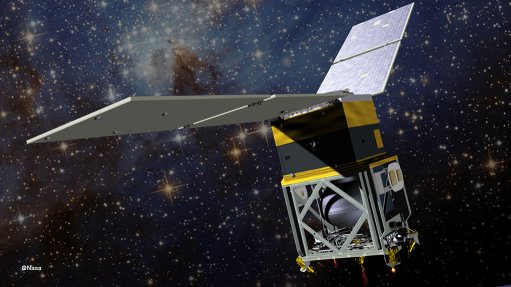 By: Rebecca Campbell     21st August 2020 A new scientific, engineering and technology (SET) association has been launched in the country. This is the Scientific Imaging Association of South Africa (Siasa). The association describes scientific imaging as “the process of obtaining images within a scientific discipline for the purpose of... →

By: Halima Frost     21st August 2020 The impact of Covid-19 on infrastructure projects demands that the construction sector use its scientific and engineering expertise better, says engineering consultant SRK Consulting partner and principal engineering technologist Steve Bartels. “The Covid-19 pandemic has reminded us that... → 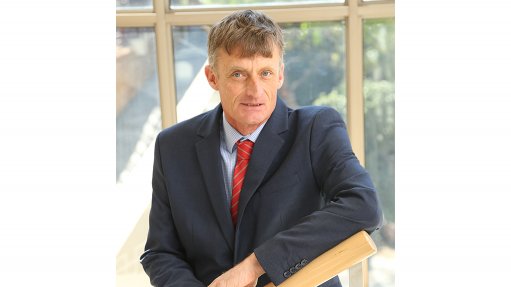 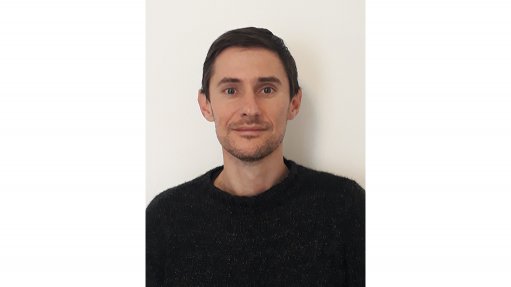 FRANCOIS HOLTZHAUSEN Fire safety is multifaceted in that it involves life safety, operations, the environment and public sentiment 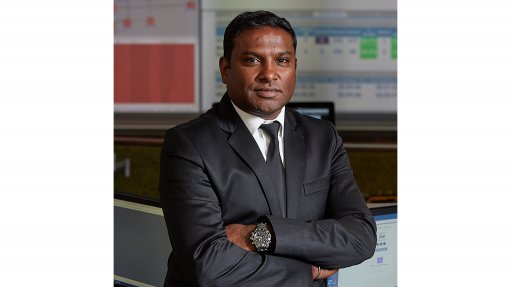 By: Rebecca Campbell     19th August 2020 The US National Aeronautics and Space Administration (Nasa) has announced that the next mission of SpaceX’s Crew Dragon spacecraft will take place in late October. This flight, which will carry four astronauts to the International Space Station (ISS), will actually be the first routine... → 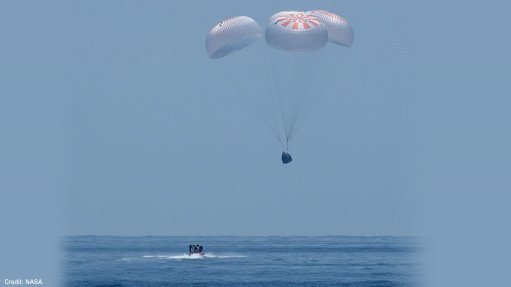 By: Reuters     19th August 2020 Scientists racing to save the northern white rhino from extinction have harvested 10 more eggs from the last two females alive which they hope will help create viable embryos that can be incubated by other rhinos acting as surrogates. Neither of the remaining northern white rhinos on Earth - a... →

By: Tasneem Bulbulia     18th August 2020 Terminal operator Transnet Port Terminals (TPT) recently awarded a contract to global technology company TATA Consultancy Services (TCS) to develop a logistics platform that will enable the company and the broader industry to integrate into the logistics supply chain. “Cargo Connect is an online... →

By: Marleny Arnoldi     18th August 2020 University of Johannesburg vice-chancellor and deputy chairperson of the Presidential Commission on the Fourth Industrial Revolution (PC4IR) Professor Tshilidzi Marwala has shared some the recommendations of the commission’s report around South Africa’s progress towards embracing the Fourth... →

Avalanche caught in progress on Mars by Nasa spacecraft

By: Rebecca Campbell     18th August 2020 The US National Aeronautics and Space Administration (Nasa) has just released this photograph of an avalanche in progress on the surface of Mars. The avalanche was caught by the HI-RISE imager on Nasa’s Mars Reconnaissance Orbiter (MRO) spacecraft. The avalanche took place in Mars’ northern polar... → 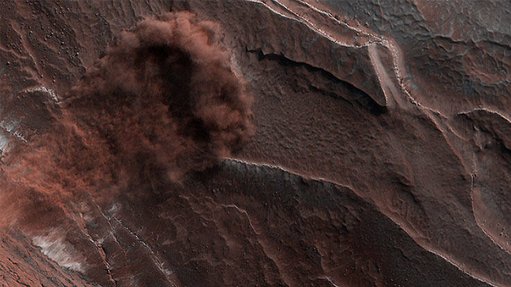 Photo by Nasa/JPL-Caltech/University of Arizona
Caught in the act: an avalanche races down an escarpment on Mars.

By: Rebecca Campbell     18th August 2020 A theoretical physicist at Illinois State University in the US has calculated that the last phenomena that will happen in our universe is what he calls ‘black dwarf supernovas’. Assistant physics professor Matt Caplan has had his theoretical paper accepted for publication by the Monthly Notices... → 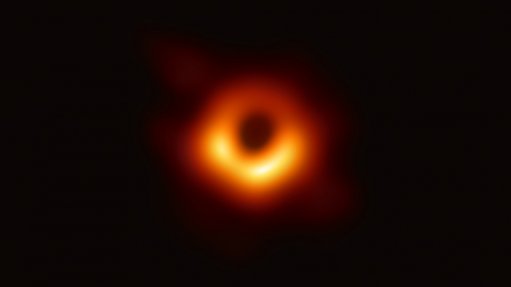 Photo by Event Horizon Telescope
Black dwarf supernovas will take place so far into the future that even black holes – like this one in the M87 galaxy – will all have evaporated.

By: Rebecca Campbell     17th August 2020 Global telecommunications satellite group Intelsat announced on Saturday that it had launched, on the same rocket, its second mission extension vehicle (MEV-2) and its Galaxy 30 geosynchronous communications satellite. The two spacecraft were launched on an Ariane 5 rocket from the Guiana Space... →

By: Natasha Odendaal     17th August 2020 The Department of Trade, Industry and Competition (the dtic) has established a digital hub in the Botshabelo Industrial Park, in Mangaung, in the Free State, as part of a programme to bolster digital training and create jobs. The revitalised Botshabelo Digital Hub site is one of ten digital hubs... →

By: Darren Parker     14th August 2020 The South African Institute for Steel Construction’s (SAISC’s) yearly Steel Awards will be judged and hosted virtually through a dedicated application (app) this year. This comes on the back of efforts to mitigate restrictions on social gatherings and take advantage of the digital marketing... → 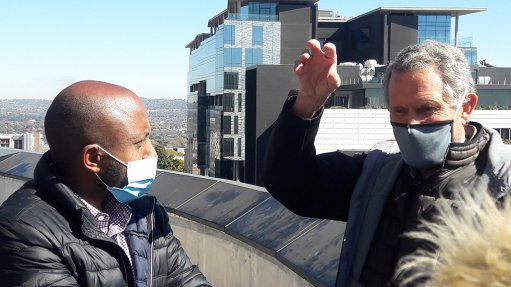 By: Cameron Mackay     14th August 2020 Automation solutions provider MACmobile MD Andrew Dawson stresses that technology that offers mobility, automation and the ability to engage customers while maintaining social distance will be crucial to driving market sales in the local industry. “The key technology at this stage is mobility –... → 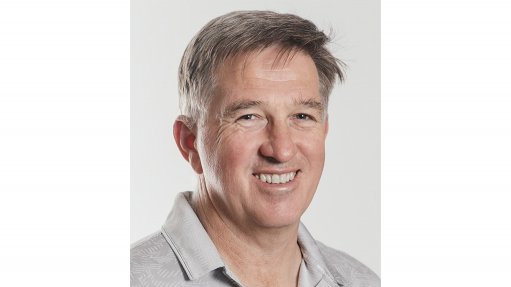 ANDREW DAWSON What’s important is enabling retailers, with their own methodology software-wise, to generate orders and use the call centres to create new sales and awareness

By: Simone Liedtke     11th August 2020 While there are talks of mobilising more investment to kickstart the South African economy post-Covid-19, Business Leadership South Africa (BLSA) CEO Busi Mavuso laments that current developments are showing the opposite, as projects and investments have either been cancelled or delayed. In her... →

New approach suggests the universe is younger than previously believed

By: Rebecca Campbell     7th August 2020 Stellenbosch University’s African Research Universities Alliance (ARUA) Centre of Excellence (CoE) in Energy is to receive funding of R12-million over two years from the UK. The money is being provided by Britain’s science, technology and innovation funding agency, UK Research and Innovation... →

By: Theresa Bhowan     7th August 2020 An increasingly competitive sphere, and a large choice of partners and customers are two of the chemicals industry’s greatest challenges. Specialised chemicals company BASF aims to lead in digital transformation in the chemicals industry to increase the efficiency and effectiveness of its... → 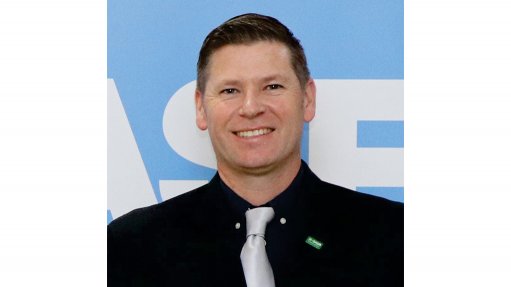 DALE WALKER The “new normal” that has been imposed by Covid-19 on the globe, has allowed for radical transformation in the way that the company does business

By: Tracy Hancock     7th August 2020 Data-driven agricultural solutions provider SupPlant has launched a new user interface for its decision support system (DSS), with a mobile version to follow, enabling farmers to keep an eye on their crops wherever they are. The Israeli company first entered the South African market when it... → 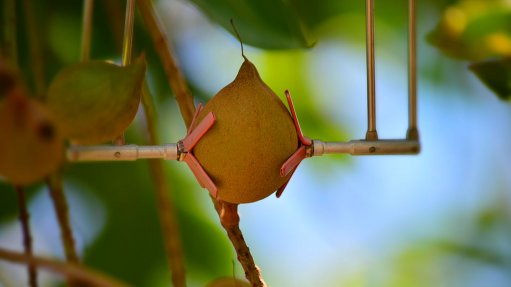