Steel-pipe maker pulls back from brink of closure

By: Ilan Solomons     11th July 2014 Industry body for the promotion of the steel construction industry the Southern African Institute of Steel Construction (Saisc) is in discussions with the Department of Trade and Industry (DTI) to increase local product content requirements for future industrial projects, Saisc CEO Paolo... → 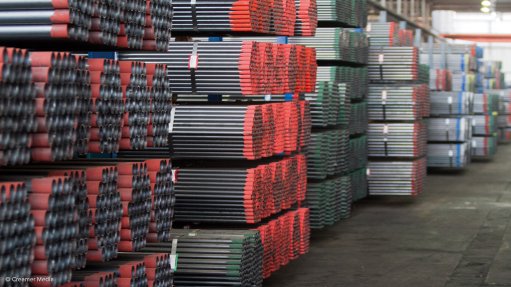 AFRICAN HICCUP Despite the growth in structural steel use in other parts of Africa, local export tonnages have not increased

By: Ilan Solomons     11th July 2014 Business trends in the metals and engineering (M&E) sector have been highly volatile for the past three years and are likely to remain so for the foreseeable future, national employer federation representing the metal and engineering industry Steel and Engineering Industries Federation of South... → 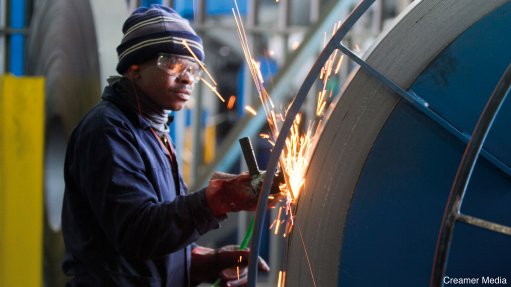 By: Ilan Solomons     11th July 2014 Imported fabricated structural steel is a significant challenge for local South African fabricators, owing to the quantity and price at which it is imported, says industry body for the promotion of the steel construction industry in Southern Africa the Southern African Institute of Steel... → 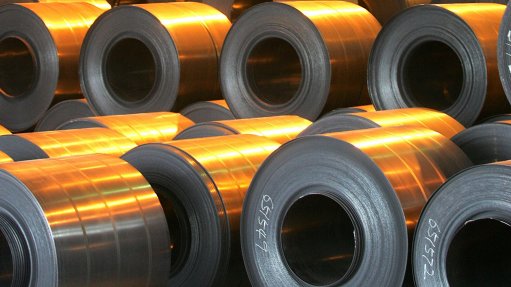 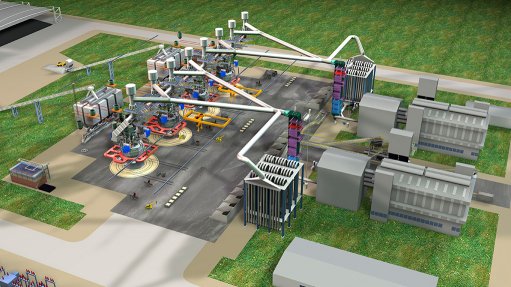 By: Ilan Solomons     11th July 2014 Steel producer ArcelorMittal South Africa (AMSA) says it is operating in a challenging global steel market, which has been exacerbated by a subdued local market, with low sales volumes and competition from imports, particularly finished goods. “Therefore, we have been on a drive to increase... → 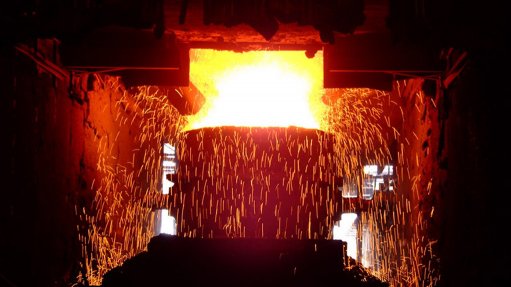 NEWCASTLE UPGRADE ArcelorMittal South Africa is undertaking a R1.6-billion reline of the blast furnace at its Newcastle plant, in KwaZulu-Natal

By: Mia Breytenbach     28th February 2014 Owing to the discovery of and exploration for shale gas in the US and Canada, as well as gas finds off Mozambique and Asia, the global steel industry is set to undergo a radical makeover, but South Africa may not immediately benefit from the lower gas prices, states advisory company Deloitte... → 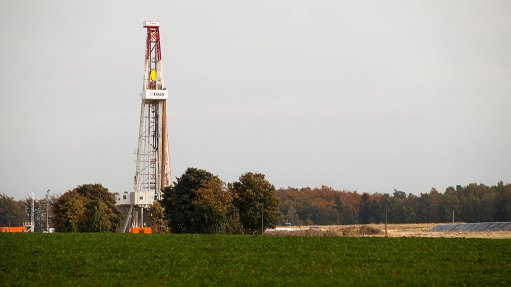 By: Mia Breytenbach     28th February 2014 Steel distributor BSi Steel reports that it has fulfilled its aim of reaching growth of 28% in 2013. “Although South Africa’s steel consumption declined by at least 6% in the domestic steel market, BSi Steel has been on a sustained growth drive, which has resulted in a material increase in... → 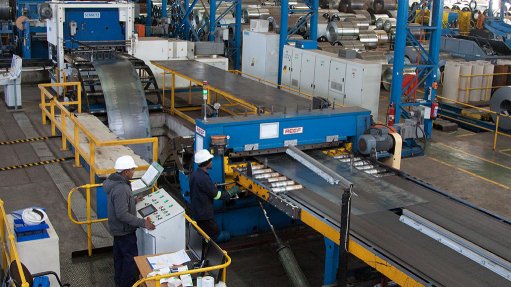 By: Mia Breytenbach     28th February 2014 Steel distribution and processing company Duferco Distribution Services’ steel sales have increased by about 300% since January last year, as more industries, such as mining, transport, recycling and cement, are expressing interest and buying its Quard and Quend steel, S355 and pressure vessel... → 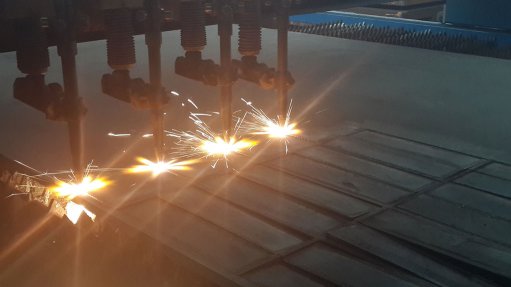 28th February 2014 Engineering components distributor Bearing Man Group (BMG) has recently completed the installation of a new steel cable carrier system, of undisclosed value, at a straightening mill of one of the largest steel producers in Africa. “This project in Newcastle, KwaZulu-Natal, encompassed the removal... → 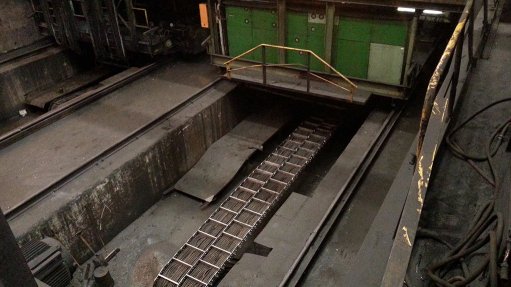 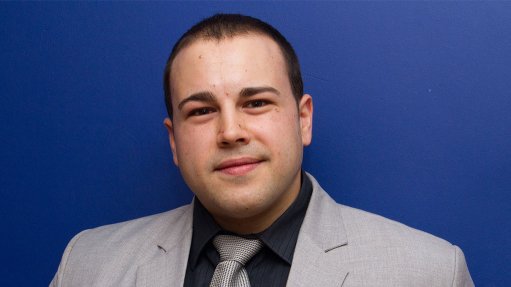 WARRICK ROBERTSON Although international credit insurer Coface forecasts a modest recovery for the steel industry, the company emphasizes that sub-Saharan Africa is a growing market for South African steel products 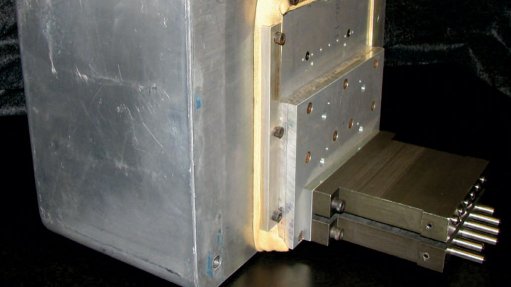 By: Mia Breytenbach     28th February 2014 Lifting equipment and service company Konecranes Southern Africa (SA) is manufacturing nine overhead cranes, with an estimated value of R8-million, for the steel industry and continues its inspection and service contracts for local and multinational steel manufacturers and distributors, states... → 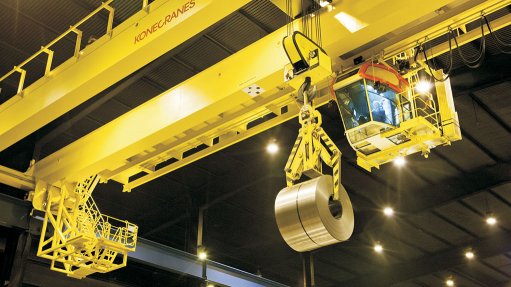 By: Mia Breytenbach     28th February 2014 Specialist foundry Steloy Castings will complete a multimillion dollar order for stanchion support assemblies, this month, which will be sent to a petrochemicals refinery in China. “The order comprised an assembly of castings, the bulk of which consists of tubes, which are used in the stanchions.... → 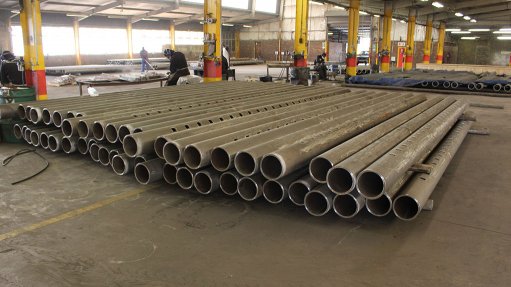 CASTING OPPORTUNITY Capital investment programmes, such as the Strategic Integrated Projects, will provide opportunities for the casting industry to supply cast and centrifugally cast products

28th February 2014 An industry survey conducted by the Southern African Light Steel Frame Building Association (SASFA) revealed an increase in the use of the light steel frame building (LSFB) method in South Africa.   “Mainly, the survey showed that the mass of steel used in South Africa to profile light steel... → 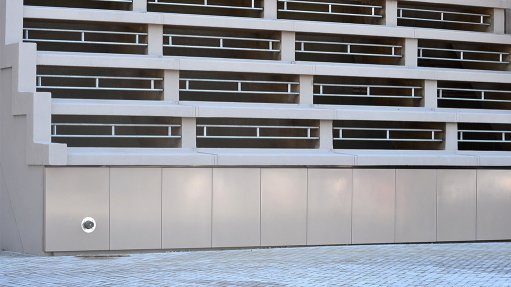 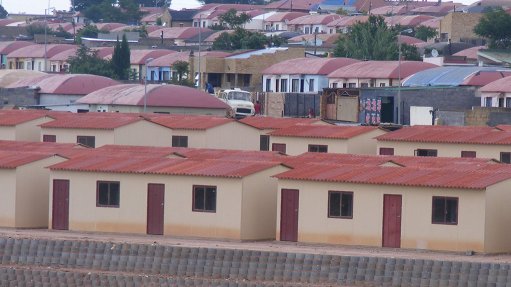 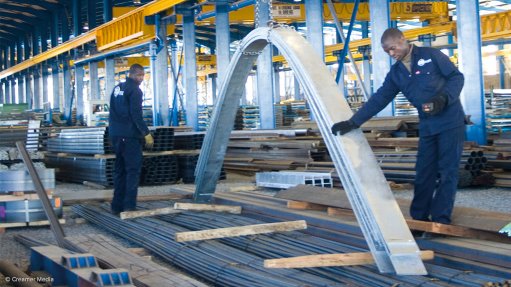 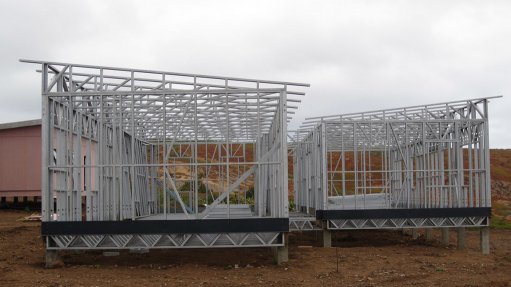 Putting LFSB in the public frame

12th July 2013 The South African mainstream building market has been cautious in accepting light-steel frame building (LSFB), unlike in the US, Australia and New Zealand where it is being used increasingly, yet the building method’s advantages – substantially faster construction time, energy and cost... →

By: Chantelle Kotze     12th July 2013 To remain competitive in the African market, South African structural steel fabricators must ensure they add more value to steel products and move away from the current commodity model, which is based on supplying ex-works fabricated products. →

12th July 2013 The extension project at the existing University of South Africa (Unisa) Cape Town Campus, situated in Parow, displays the power of local ingenuity for an institution that ranks among the greatest of its kind in the world and is one of several good entries in this year’s Steel Awards, says... →

12th July 2013 Manufacturer and supplier of steel windows, doors, doorframes and garage doors Duro Pressings says the advantages of using steel in the manufacture of its products, specifically its inner and outer South African Bureau of Standards- (SABS-) approved Cliscoe windows, is significant. →

By: Chantelle Kotze     12th July 2013 Consulting engineering firm Aurecon’s R70-million project involving the construction of a study centre at the University of Pretoria’s Engineering 1 building, which comprises 158 t of structural steel, is scheduled for completion this month. →

Steel construction industry to focus on areas of growth potential

12th July 2013 The global steel industry, including the steel industry in South Africa seems to be in a constant state of flux.This was one of the trends identified at the SteelFuture conference, hosted by the Southern African Institute of Steel Construction (Saisc), in March, which saw authorities from all... → 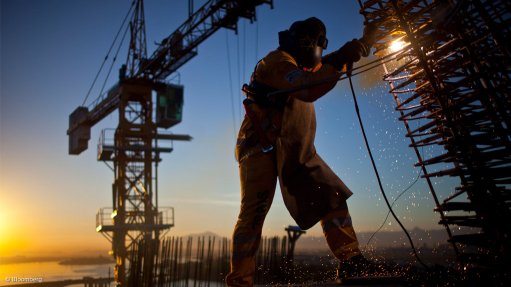 INCREASED CONSUMPTIONSome 45% of the steel produced in the world goes into construction, and increasingly more is used in developing countries, such as Brazil, India, Russia and South Africa

By: Sashnee Moodley     1st March 2013 Several years of decline in the South African steel industry will come to an end by way of a moderate recovery in steel production over the coming years, forecasts global professional services firm KPMG industrial, automotive and pharmaceutical director Anthony Berrange. →

Local industry to benefit from decline in demand for Chinese imports

By: Sashnee Moodley     1st March 2013 A new energy efficient iron-making technology, SupaScrap, by Iron Mineral Beneficiation Services (IMBS), could replace the blast furnaces that are traditionally used in steelmaking, as the technology’s high-iron, low-impurity content product will be predominantly used as a feedstock for electric... →

By: Sashnee Moodley     1st March 2013 The use of light steel framing (LSF) is steadily expanding in Southern Africa, despite a slow recovery in the building sector, with LSF manufacturers reporting a throughput increase of 10% during 2012, reports the Southern African Light Steel Frame Building Association’s (Sasfa’s) yearly survey. →

Aviation sector accelerating adoption of hydrogen as a fuel source