By: Terence Creamer     21st April 2008 The African National Congress' (ANC's) National Working Committee (NWC), which last week called for a halt to the public-participation process being run by the National Energy Regulator of South Africa (Nersa) into Eskom’s request for a 60% hike in the interests of broader... →

By: Terence Creamer     17th April 2008 Cabinet, once again, appeared to give the cold shoulder to its colleagues at Luthuli House, the headquarters of the fractured African National Congress (ANC), over a call for further consultation on the request by power utility Eskom for a 60% tariff hike before it was deliberated upon by the... →

By: Terence Creamer     14th April 2008 Ratings agency Standard & Poor (S&P) confirmed on Monday that South African power utility Eskom remained on "CreditWatch" with negative implications, adding that even a significant increase in its tariffs might not be sufficient to offset a weakening in the utility's... →

By: Brindaveni Naidoo     11th April 2008 Awareness of the need to save energy and safeguard natural resources has grown markedly over the last decade as the scientific evidence of climate change and its potential consequences have permeated the popular imagination. →

By: Terence Creamer     9th April 2008 The South African National Editors Forum (Sanef) on Wednesday added its voice of protest to a decision by the National Energy Regulator of South Africa (Nersa) to release an incomplete version of Eskom's application for a 53% increase in electricity tariffs. Eskom applied for certain parts... →

By: Mariaan Webb     9th April 2008 Power utility Eskom, which convinced the National Energy Regulator of South Africa (Nersa) to keep certain parts of its application for a 60% tariff increase confidential, said on Wednesday that disclosing "business sensitive" information might weaken its bargaining position with coal... →

By: Dennis Ndaba     4th April 2008 The South African Chamber of Commerce and Industry (SACCI) says that the electricity tariff increase of 53% that power utility Eskom is requesting is “downright extraordinary and will affect the competitiveness of business”. →

By: Terence Creamer     2nd April 2008 State-owned electricity producer Eskom issued a shocking warning on Wednesday that it could be forced to cut back or even halt certain of its projects if it was unable secure adequate revenues, which could only be achieved through a substantial increase in electricity tariffs, or material... →

By: Matthew Hill     25th March 2008 Struggling State-owned power producer Eskom on Tuesday again bemoaned the lack of commitment from the residential and commercial sectors to curbing their power use, while its biggest users had all come to the table. Spokesperson Andrew Etzinger said that the utility's key customers had all... →

By: Matthew Hill     7th March 2008 South Africa's mining industry will get an extra 260 MW of power within two weeks, raising its consumption to 95% of historical levels, but it will not be allocated equally, with priority given to those mines that the power crisis affected most and where job losses would be more severe, the... →

By: Matthew Hill     22nd January 2008 State-owned power utility Eskom on Tuesday again raised fears over the future of its finances, saying that the 14,2% price increase that the energy regulator granted it would "make it even harder" to fund its capital programme. This came after all global ratings agencies expressed... →

By: Matthew Hill     18th January 2008 Africa's biggest power producer, State-owned Eskom, is currently formulating a "load growth management strategy", which would map its future for the next ten to 15 years, and hopes to have it approved by the end of April, the struggling company told Engineering News Online on Friday. →

By: Matthew Hill     16th January 2008 South Africa's Public Protector has launched a preliminary investigation into the rolling power cuts State-owned Eskom has implemented throughout the country, which it said was having a "devastating" effect on public service delivery as well as the private sector.  →

Hitachi and Steinmüller at odds over SA boiler ‘reference' sites

By: Terence Creamer     5th December 2007 A sharp difference of opinion has emerged between Hitachi Power Africa and Steinmüller Africa over whether Hitachi can rightfully appropriate as ‘references' the 20 000-MWe of boiler technology that has been installed in South Africa over the last number of decades.The dispute... →

By: Terence Creamer     5th November 2007 State power utility Eskom claims to be expediting regulations to enable it to expropriate land it requires for transmission-line servitudes, because the acquisition process is said to be taking too long. The utility has also made it apparent that most of the delays relate to land owned by... →

By: Christy van der Merwe     19th October 2007 Whether you believe that carbon dioxide-induced climate change is a real threat or not, is irrelevant. The fact is that the issue is high on the agenda of politicians and those responsible for drawing up regulation, which means the drive to reduce emissions will affect you and your business. →

By: Terence Creamer     12th October 2007 The head of South African power utility Eskom, Jacob Maroga, says the State-owned enterprise is strongly in favour of facilitating the entry of independent power producers (IPP), if for no other reason but to add weight to its ongoing appeal for a substantial increase in tariffs. →

By: Christy van der Merwe     12th October 2007 An energy summit to kick-start the review of the now almost ten-year-old Energy White Paper took place in Sandton at the end of September, and drew together delegates and stakeholders from across the energy spectrum. →

By: Terence Creamer     5th October 2007 There is arguably only one certainty in electricity-demand forecasting and that is it is sure to be wrong. This statement, made again recently by Eskom CEO Jacob Maroga, is indicative of the dilemma faced not only by the utility, but by anyone involved in the current debate about future security... →

The other inconvenient truth

By: Terence Creamer     28th September 2007 Over the last decade or so, it has become increasingly implausible to deny the growing body of science showing that the continued and growing flow of greenhouse gases into the atmosphere is starting to alter the Earth's climate. →

By: Mariaan Webb     25th September 2007 The South African government has set up a subsidy and finance office to guide funding for renewable energy technologies, Minerals and Energy Minister Buyelwa Sonjica said on Tuesday. Speaking at an energy summit in Johannesburg, she said that South Africa would also establish a new certification... →

By: Terence Creamer     19th September 2007 The heated debate over the foreign ownership of South African land took a somewhat surprising new turn on Wednesday, with the head of the State power utility suggesting that foreign ownership of large tracts of land is constraining its ability to secure the servitudes necessary to strengthen the... →

By: Terence Creamer     7th September 2007 Perhaps the only positive to emerge from South Africa's current tight electricity-supply challenge, which is set to persist until at least 2012, is the serious effort that is now being given to energy efficiency and demand-side management (DSM) initiatives. →

By: Terence Creamer     3rd August 2007 State-owned power utility Eskom is advancing what it calls its 'Accelerated Demand Side Management' (DSM) programme on which it plans to spend R10-billion over the next five years in a bid to save 3 000 MW by 2012 - nearly the equivalent of a new base-load power station. →

By: Terence Creamer     3rd August 2007 Africa's leading power utility, which is planning to nearly double its installed base of generation capacity to 77 960 MW by 2025, has confirmed that nuclear energy will constitute about half of those additional megawatts. But Eskom CEO Jacob Maroga tells Engineering News that the State... →

By: Terence Creamer     19th July 2007 State power utility Eskom has warned that South African electricity consumers could face an even more dramatic 30% step change in tariffs unless the country's regulator acceded to its request for an adjustment of 18%, followed by 17%, during the current tariff-dispensation period, which was... →

By: Christy van der Merwe     6th July 2007 n order to monitor and provide strategic guidance on energy issues in South Africa, the directors-general of the Department of Minerals and Energy (DME) and the Department of Public Enterprises (DPE) have created a forum, drawing in executives from both departments, as well as Eskom, the National... →

By: Mariaan Webb     2nd July 2007 The National Energy Regulator of South Africa (Nersa) would finalise a preliminary report on Eskom's proposed electricity price increase before the end of the month, which would pave the way for a public comment period to get under way, spokesperson Nhlanhla Cebekhulu said on Monday.  →

State to regulate LPG industry with view to lowering prices

By: Mariaan Webb     30th May 2007 The South African government will regulate the liquid petroleum gas (LPG) industry to ensure that high prices were lowered, Minerals and Energy Minister Buyelwa Sonjica said on Wednesday. →

By: Mariaan Webb     30th May 2007 The Department of Minerals and Energy (DME) will present a new energy master plan, covering a detailed energy infrastructure plan until 2011, next month, Minerals and Energy Minister Buyelwa Sonjica said on Wednesday. Delivering her department's R2,96-billion budget vote speech in... →

By: Terence Creamer     28th May 2007 South Africa's State-owned electricity utility Eskom will, in early June, kick off what is likely to be a highly contested public-participation process around its plans to build a 4 000-MW conventional nuclear power station in either the Northern, Eastern or Western Cape provinces. The... → 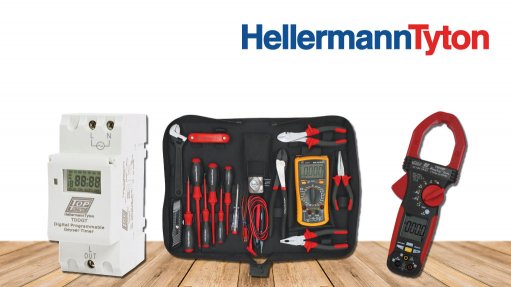