11th April 2014 Pretoria-based RRL Grindrod Locomotives is involved in the design, engineering, manufacturing, refurbishment, leasing, maintenance and parts supply to the locomotive industry. The company, which has a 45 000 m2 production facility at 1 Frikkie Meyer road, Pretoria West, has been producing main... → 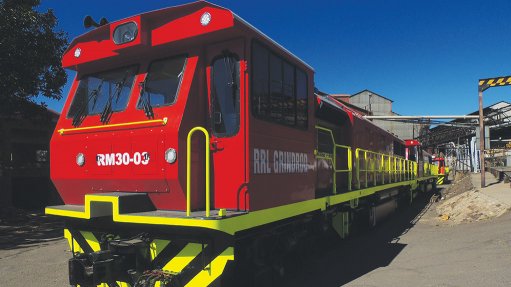 By: David Oliveira     11th April 2014 State-owned rail operator Transnet is dedicating about R1-billion of its R307-billion Market Demand Strategy (MDS) towards research and development for the manufacture of its own locomotives, Transnet group CEO Brian Molefe said at the company’s R50-billion supplier announcement, in March. He... → 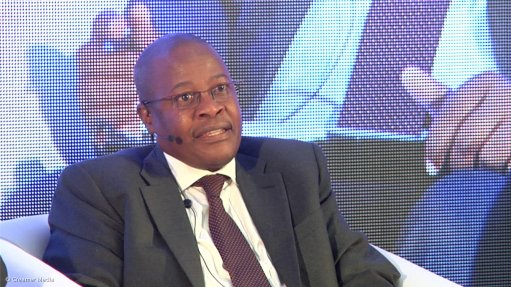 Improvement of freight-rail efficiencies stressed to alleviate strain on roads

By: Chantelle Kotze     12th April 2013 The South African rail industry can only become a cost-effective alternative to road transport if the operational efficiencies of freight rail are increased to deliver a predictable and reliable service, says engineering and management consultant Arup. →

By: Chantelle Kotze     12th April 2013 The South African Railway Safety Regulator’s (RSR’s) ‘State of Safety’ report for 2011/12 found that 354 fatalities, out of 412 operational fatalities, occurred as a result of people being hit by trains, with the remainder comprising suicides, operational incidents or safety-related incidents. →

By: Chantelle Kotze     12th April 2013 A lack of significant investment in the South African rail sector has resulted in rail operators having to invest as much as possible in infrastructure to ensure that challenges in the sector can be overcome in future, notes State-owned Passenger Rail Agency of South Africa (Prasa). →

By: Chantelle Kotze     12th April 2013 As part of its long-term investment programme to upgrade and modernise its stations and rail network, State-owned Passenger Rail Agency of South Africa (Prasa) has identified several train stations that require upgrading and modernisation. →

By: Chantelle Kotze     12th April 2013 Much of local railway component supplier voestalpine VAE SA’s 2013 business, which is fairly on par with its operational achievements and targets of last year, will be guided by the investments of major rail operators and mining houses, says CEO David Marite. →

12th April 2013 The new rail-track infrastructure investments projects being undertaken by South Africa’s major rail operators – State-owned utilities Transnet and the Passenger Rail Agency of South Africa – calls for a suitable maintenance strategy to ensure the long-term sustainability of the assets and the... →

By: Yolandi Booyens     14th December 2012 It is imperative for a country, such as South Africa, which has inadequate access to public transport, to re-establish its rail industry and ensure it offers reliable and safe public transportation, states global professional services firm KPMG South Africa infrastructure projects head De Buys... →

By: Yolandi Booyens     14th December 2012 It was imperative that South Africa improve the quality of its rail infrastructure and associated operating equipment, Public Enterprises Minister Malusi Gigaba said in October at the signing of a R2.6-billion contract between State-owned freight logistics group Transnet and a consortium led by a... →

By: Yolandi Booyens     14th December 2012 The limited investment in South Africa’s rail infrastructure and rolling stock over the past three to four decades contributes to poor operating safety, says Railway Safety Regulator (RSR) CEO Nkululeko Poya. This challenge will be mitigated through the implementation of the Passenger Rail Agency... →

Concrete product has potential use in rail industry

13th April 2012 The third East & Central Africa Roads & Rail Infrastructure Summit, which is aimed at discussing the challenges facing the road and rail infrastructure in this region, will take place in Dar es Salaam, Tanzania. →

By: Sashnee Moodley     13th April 2012 Rail infrastructure contractor Racec has successfully completed major projects in the Northern Cape and Sierra Leone and has consolidated its position as a rail contractor following the disposal of its subsidiaries and its noncore loss-making manufacturing operations last year.  →

By: Sashnee Moodley     13th April 2012 Software developer Dariel Solutions has been awarded an innovation grant by the Department of Trade and Industry (DTI) for its WBX weighbridge software for rail and road and is planning to export the system. →

By: Idéle Esterhuizen     16th December 2011 The Passenger Rail Agency of South Africa (Prasa) expects to start the tender process for the local manufacturing of rolling stock by March next year. →

Prasa to take a greener route

By: Idéle Esterhuizen     16th December 2011 The Passenger Rail Agency of South Africa (Prasa) is in the process of developing its own environmental policy and strategy framework, which will be applicable to all its operating entities. →

Pace of rolling stock procurement might have to be revised – DoT

By: Idéle Esterhuizen     16th December 2011 The Department of Transport’s (DoT’s) initial calculation that about 360 new coaches will have to be procured each year during the Passenger Rail Agency of South Africa’s (Prasa’s) rolling stock fleet-renewal programme, might have to be revised, says acting deputy director-general Jan-David de... →

By: Sinette Goosen     24th June 2011 Work on phase two of the Gautrain rapid rail project is proceeding smoothly, as the operator prepares to meet its completion date at the end of this month. →

By: Sinette Goosen     24th June 2011 Specialist in the design and implementation of intelligent video and perimeter security solutions, C3 Shared Services says its advanced video surveillance system has contributed to safety at the Gautrain Marlboro station. →

By: Sinette Goosen     24th June 2011 Engineering and management consultancy Arup, which was appointed in 2006 as the Gautrain independent certifier (IC), will soon issue the Operating Commencement Date (OCD) Certificate for the second phase of the rapid rail project to concession company Bombela. →

By: Sinette Goosen     24th June 2011 The Gautrain launched its online integrated public transport map service, which will assist commuters to find and plan routes from one destination to another using only public transport, in May. →

24th June 2011 Each of the ten Gautrain stations has been designed according to its own unique theme to reflect the diverse resources, technologies, economy and culture of South Africa, the Gautrain states on its website. →

By: Henry Lazenby     8th April 2011 Specialist rail consultancy R&H Railway Consultants reports that it has developed a new dynamic train simulator for training purposes. The simulator was delivered to the company’s offices in Johannesburg in January, commissioned in February, and officially launched at the Railways and Harbours... →

8th April 2011 The City of Cape Town announced in March that it will extend the working hours of security guards at ten park-and-ride facilities along its Southern rail line, to coincide with commuter rail services operator Metrorail’s extended operational hours. →

By: Henry Lazenby     8th April 2011 Interlocking concrete block manufacturer Terraforce reports that its product was used to construct two, 2-m-high retaining walls of 265 m each in length, for the new Windermere railway station, in the Western Cape.  →

By: Henry Lazenby     8th April 2011 Land surveyor Southern Mapping Company reports that it was contracted to survey three significant greenfields railway routes in Africa in recent months. The company reports that it has completed surveying a 500 km railway in the Republic of Congo, between Zanaga and the port of Ponte-Noire... →

By: Henry Lazenby     8th April 2011 The Passenger Rail Agency of South Africa (Prasa) has awarded a concession to the Umjanji Media Consortium, led by commuter advertising specialist Provantage Out of Home Media, to manage its marketing business. →

By: Henry Lazenby     8th April 2011 Consulting engineering firm SSI reports that it is engaged in a number of rail infrastructure upgrades and prefeasibility studies across South Africa. →

Gautrain on track for completion in mid-2011