17th July 2015 Sandton-based law firm Webber Wentzel received the African Mining & Metals Deal of the Year Award for 2014 at an awards ceremony held in London on February 19, for its role in the financing of a project. →

17th July 2015 Earlier this month, Yokogawa announced the release of version R3.20 of its Plant Resource Manager (PRM) software tool for the centralised management of large amounts of data from plant monitoring and control devices and manufacturing equipment. → 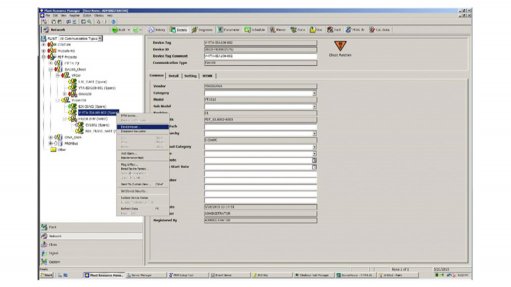 By: Donna Slater     17th July 2015 Emerging contractors in the construction industry will soon stand to benefit from increased protection provided by a new amendment to the Construction Industry Development Board (CIDB) Act, which was proposed by the Department of Public Works, says Johannesburg-based construction consultancy... → 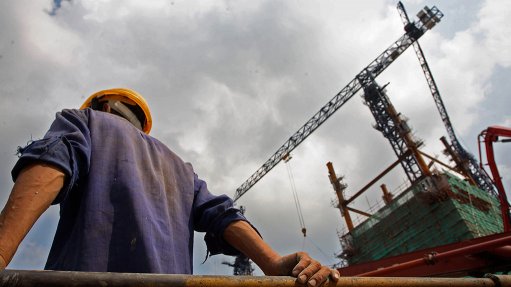 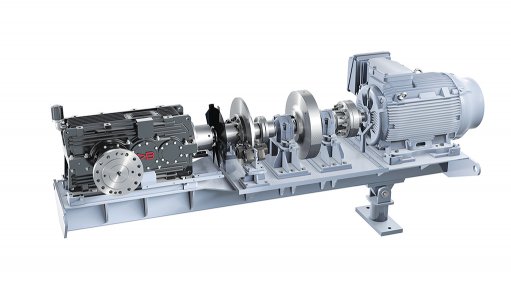 By: Bruce Montiea     18th July 2014 Project and portfolio management (PPM) specialist The Project Group (TPG) Africa is offering PPM training, based on Microsoft technologies, for the first time to the public. TPG Africa CEO Pieter Meyer says the training has been offered for the past ten years to its clients and more than 60... → 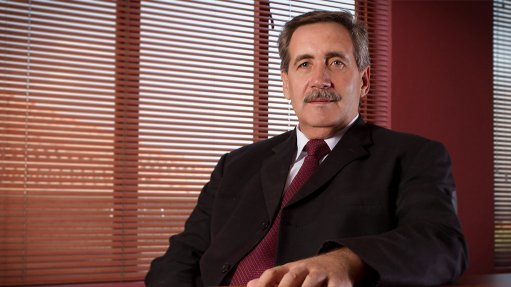 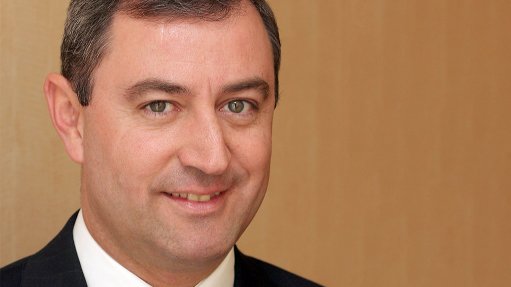 By: Bruce Montiea     18th July 2014 Project management is useful to the mining industry, as it organises a team of specialists, such as geologists, environmental specialists, mining engineers and processing specialists, who need to collaborate to successfully complete projects, says process engineering design services provider... → 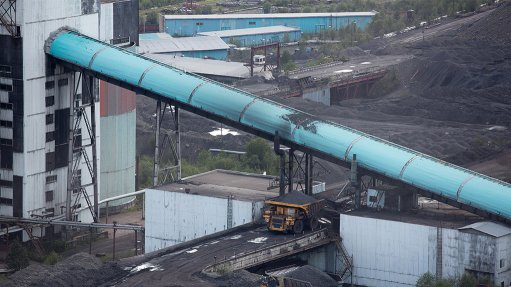 By: Bruce Montiea     18th July 2014 In times of change, in order for the vision and strategy of a company to be realised, there needs to be proper project management, says Johnson Controls Africa Region project operations manager Yasas Jayakody. “Project management helps to drive organisations forward by building the frameworks and... → 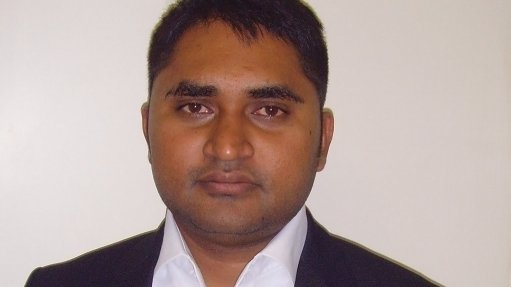 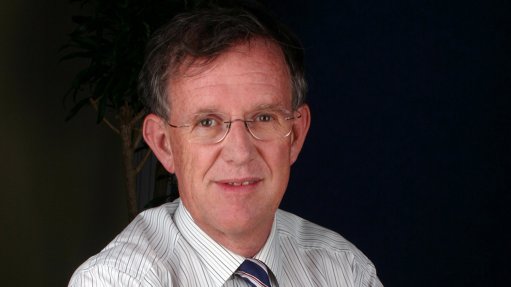 JEFF SHAW The project management industry is cyclical in nature

18th July 2014 Delivering large-scale construction projects requires project management to coordinate all the activities that are involved in the execution of the project, engineering and project implementation firm Hatch Goba reports. “For example, a large amount of existing services – ranging from electricity... → 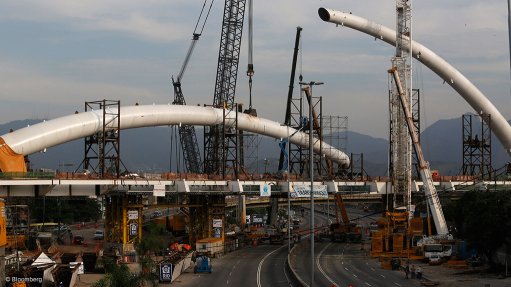 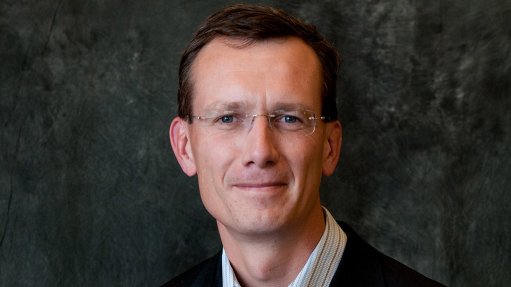 Skills spread too thinly, being lost in SA

By: Chantelle Kotze     19th July 2013 The good project management skills that exist in South Africa are unfortunately being spread too thinly, resulting in many projects going ahead with weak teams at the owner-team and contractor level. → 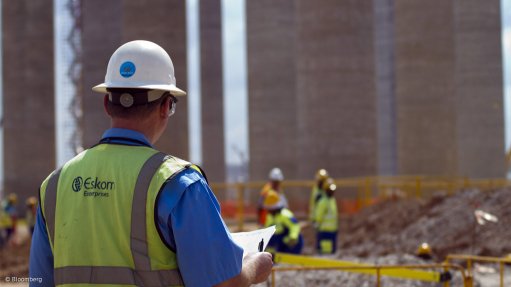 LACK OF EXPERIENCEThe required number of project managers who are experienced enough to ensure the successful delivery of megaprojects in the country, such as power projects, is decreasing(Source: Bloomberg)

Project traps need to be overcome to ensure success

19th July 2013 Projects most commonly fail as a result of poor scheduling as many companies underestimate the time needed for their completion. →

19th July 2013 Before any project gets off the ground, one would hope that the costs and benefits have already been carefully weighed up to make sure they balance out and that the project plan includes measures that assist in identifying when the project costs are too high and start to outweigh the benefits. →

By: Chantelle Kotze     19th July 2013 While there are enough projects under way to employ the number of project managers in South Africa, there is a shortage of competent project and construction managers. →

By: Gia Costella     20th July 2012 Engineering, procurement and construction management company TWP Projects, part of the Basil Read group, established a planning school this month as part of its efforts to mitigate the shortage of skilled project managers and engineers in South Africa. →

By: Gia Costella     20th July 2012 The level of project-management capabilities in South Africa will increase with every large-scale project that is undertaken in the country, says global advisory firm KPMG head of global infrastructure and projects De Buys Scott. →

Software developer sheds light on project management in IT sector

By: Gia Costella     20th July 2012 In the last eight years, there has been a notable shift in the way project management is handled in the information technology (IT) sector, says custom software development company Dariel Solutions executive director Greg Vercellotti. →

By: Gia Costella     20th July 2012 Project management solutions provider Gigafusion, which began operating in January, is already reacting to market demand with the launch of its Project Navigator project-management tool in early May.  →

By: Natasha Odendaal     15th July 2011 Current business processes and definitions should be based on the pillars of process, technology and people to be successful, says project management company SSG Consulting owner Steven Golding. →

By: Natasha Odendaal     15th July 2011 The increasing need for project management proficiency in all facets of industry has ensured that consulting engineering and project implementation firm Hatch continues its drive to train the company’s project managers and team. →

Sixteenth school on track for completion in 2012

By: Natasha Odendaal     15th July 2011 Engineering and environmental consultants SSI’s project and construction management division is on track to deliver the sixteenth school of the R500-million 16 Schools Project to the Gauteng Department of Education by February 2012. →

By: Karishma Thakurdin     28th May 2010 Project management is critical to the success of a project even more so during these tough economic times  →

28th May 2010 The project management process should never be confused with achieving real business results, because a project that is concluded on time and within budget adds no value to the organisation unless the intended business benefits are realised →

By: Karishma Thakurdin     28th May 2010 Professional project and construction management company Profica has recently celebrated the completion of 13 secondary schools in the Gauteng province. →

By: Karishma Thakurdin     28th May 2010 The synchronised use of project cost management and scheduling tools can significantly enhance the capacity for project success →