9th August 2002 Striking a balance between profitability on the one hand and development objectives on the other has long been a struggle for State-owned transport utility Transnet. →

By: Zonika Botha     9th August 2002 In a drive to lift some of the burden from South Africa’s magistrates courts, the Department of Transport is investigating the possibility of establishing a dedicated national agency to deal with outstanding traffic offence payments. →

By: candice haase     2nd August 2002 The injection of R150-million into the tyre-production facilities at Bridgestone Firestone South Africa’s (BFSA) plants in Port Elizabeth and Brits will facilitate the improvement of the quality of the company’s product. →

Green transport solutions for Africa on show at Joburg summit

By: Zonika Botha     2nd August 2002 In a drive to lift some of the burden from South Africa’s magistrates courts, the Department of Transport is investigating the possibility of establishing a dedicated national agency to deal with outstanding traffic offence payments. →

2nd August 2002 Hundreds of Volkswagen South Africa employees gathered at the end of June to say bon voyage to the last Volkswagen T3 Microbus to roll off the production line at the Uitenhage-based plant. →

26th July 2002 A CAPE Town company has developed an innovative new fuel enhancer that allows fossil-based fuels to be mixed with water in a ratio of about three-to-one with apparent dramatic reductions in greenhouse-gas exhaust emissions. →

By: Terence Creamer     26th July 2002 The long-awaited period of infrastructure renewal and extension at State-owned transport and logistics company, Transnet, is beginning to take shape with the announcement of R45,8-billion-worth of capital expenditure to run from this year until beyond 2006. →

26th July 2002 South Africa's Transnet yesterday reported a 30% surge in operating profit in the year to March 2002, despite a slump in major markets, and said it expected the trend to continue over the next four years. →

By: Irma Venter     26th July 2002 The Wessels family name has, for more than 40 years, been associated with the Toyota brand name in South Africa. →

24th July 2002 Three Western oil firms and the government of Congo Republic have formed a new company to transport oil products to the capital of the Central African country, officials have said. →

By: Irma Venter     19th July 2002 The Motor Industry Development Programme (MIDP) should have come to an end this year, according to the original blueprint of the scheme, but has again received an extension, adding to the earlier one allowing the programme to run until 2007. →

By: candice haase     19th July 2002 As a part of East Rand-based freight company Cargo Carriers’ strategic focus on the steel industry, the company tendered for and was awarded the contract for the transport of Columbus Stainless Steel’s products destined for export to Durban. →

By: candice haase     19th July 2002 An opportunity for the development of the steel construction industry’s move into Africa has been identified by West Rand-based construction company Omni Struct. →

18th July 2002 Japanese auto giant Toyota has reached an agreement with joint-venture partner Wesco Investments to boost the percentage of shares that the company holds in Toyota South Africa from 35.7% to 74,9%. →

By: Joanne Delaurentis     5th July 2002 Passenger flow, baggage handling, communication systems and access control, at the site where a stampede claimed seven lives in March last year, will be upgraded as part of a R27-million project to improve the facilities of the Shosholoza Meyl long-distance passenger liner at Johannesburg’s... →

By: Marcel Chimwala     5th July 2002 MALAWI – Malawi has identified all funding for a $58-million project involving the construction of a 93-km road from the Northern district of Karonga to the district of Chitipa, on the boarder with Tanzania and Zambia. →

4th July 2002 The Rail Road Association of South Africa (RRA)) and its Canadian counterpart, the Railway Association of Canada (RAC), have agreed in principle to cooperate in promoting efficient land transport public policies and to share rail-related technical expertise. →

3rd July 2002 The busy bus station in Limpopo’s capital city of Polokwane is being renovated at a cost of R6,5-million to better accommodate commuters from across the country as well as southern Africa. →

By: Zonika Botha     28th June 2002 Overland haulage company and flagship of Imperial Holdings, Truck Africa of Germiston, Gauteng has secured a lucrative contract to transport equipment to both the Mozal and Hillside aluminium smelter expansions projects. →

28th June 2002 The Retail Motor Industry Organisation (RMI) has expressed its concern about the proposed plan of the Gauteng Department of Public Transport, Roads and Works to restrict trucks from highways and freeways in the province during peak hours. →

By: candice haase     28th June 2002 The Carousel Toll Plaza on the Bakwena Platinum Highway was opened in March this year, seven weeks ahead of schedule. →

By: candice haase     28th June 2002 The progression of the construction of the Bakwena Platinum Highway has been commended by the National Roads Agency (NRA) chief executive Nazir Alli. →

28th June 2002 The contract for the supply of passenger buses for apron services at Johannesburg International Airport has been secured by black-owned fleet management group, Viamax Fleet Solutions. →

By: candice haase     28th June 2002 The Bakwena Platinum Highway Project has given rise to employment for previously-disadvantaged South Africans in the form of the involvement of at least 150 small-medium-and-micro enterprises (SMME) in the field of supply and subcontracting to the highway project. →

By: candice haase     28th June 2002 The collaboration between two well-established participants in the design of the infrastructure of the Bakwena Platinum Highway has been crucial to the success of its construction, GMKS executive chairman Trueman Goba tells Engineering News on behalf of the Bakwena Engineering Joint Venture (BEJV). →

City's subways to get a facelift

By: Joanne Delaurentis     28th June 2002 Contracts for the upgrading of the subways at Braamfontein, George Goch, Springs and Orlando railway stations, all in Johannesburg, together worth just over a million rand, will be awarded early next month. →

28th June 2002 Government will soon be able to regulate the troubled taxi industry in the Eastern Cape and a new monitoring system that is meant to curb violence is set to be introduced, said provincial Safety and Security MEC Dennis Neer during a government outreach programme in Grahamstown earlier this week. →

27th June 2002 The Gauteng Health Department is to purchase 20 more ambulances in an effort to improve response times. →

Joburg's Park Station gets a facelift

26th June 2002 Commuters using the Johannesburg Station will have no reason to go in search of facilities beyond its perimeters. → 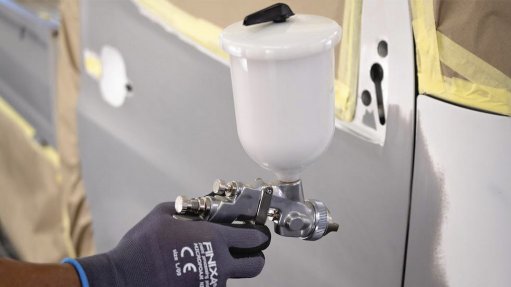